This Sister Shares How a Refugee Family Changed Her Life 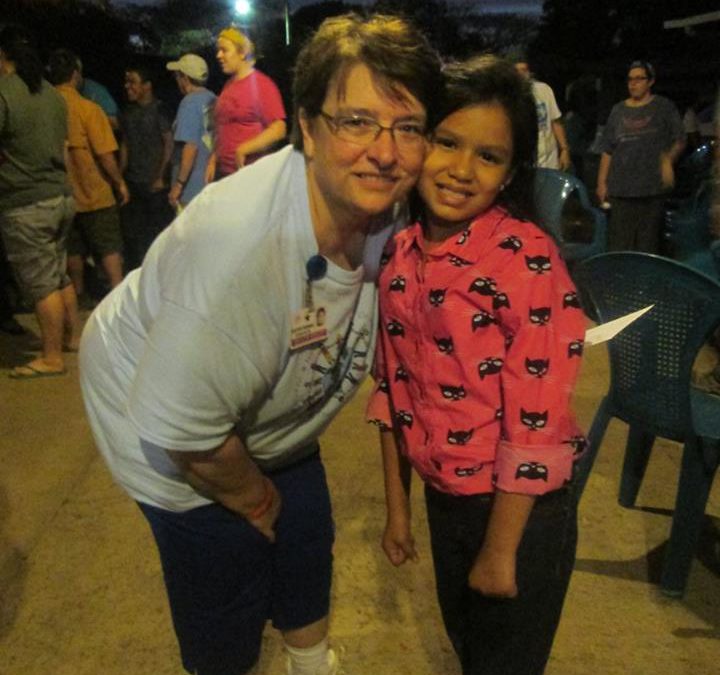 Sometimes it is easy to forget events that helped shape our lives.

Please allow me to share one example that you may or may not know:

The North Country Mission of Hope began in 1998, but its seeds were planted back in the mid-eighties when I was principal of a local Catholic School.  It was on that particular day that I answered the door at the school and in walked a refugee woman who had just escaped from the civil war in Nicaragua. Yes, today is World Refugee Day.

Someone had told her that she should come to the school, and that Sr. Debbie and Sr. Stephanie would help her and her family. She came, crying, with an open heart and with open hands. But she never wanted a “handout.”  She wanted a hand up.

The woman had recently escaped Nica with her two young children.  Their lives had been seriously threatened.  Her husband would only come months later. Both Oscar and Yamilette faced death but survived. Their lives were at risk but changed forever. 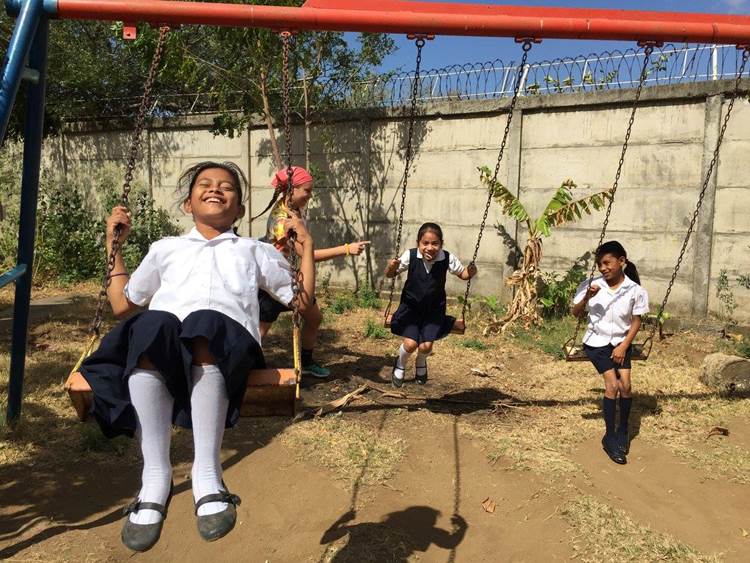 I accepted the children into our school, then Steph and the parents and so many others, helped the family settle in. We got them a temporary apartment and provided used furniture, clothing, and other needs. As we heard their concerns, we realized that the family was simply looking for safety for their children and they were hoping for a future not filled with war and violence. The parents were well educated themselves and wanted that for their children. In the months to follow, Sr. Steph and I witnessed for them as they applied and received citizenship here in the US.

Fast forward many years, and it is now 1998. Their children are now in the high school where I am now Campus Minister and Scripture Teacher. Their beloved country (because the vast majority of refugees love their country, too) was being destroyed by Hurricane Mitch, and we took our very first Mission of Hope trip to Nicaragua. That family and Ibecame co-founders of an amazing Mission of Hope: a journey that would ultimately not only save thousands and thousands of lives in Nica, but would forever “mark” and impact hundreds of lives here and in other countries as well. 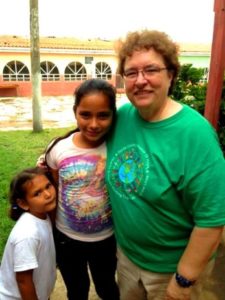 It is now more than nineteen years later, sixty-nine trips later, more than 1900 travelers later, and the HOPE of the Mission of Hope endures and serves and shares.  Seriously, there wasn’t some vast, extensive plan.  I never intended to do more than one trip and I certainly never intended to become a co-founder or Executive Director of a “mission.” I am, after all, deathly afraid of flying, even more afraid of spiders and snakes, and I don’t like the heat either! A far greater power than any of us invited me, challenged me, guided me to say “YES”, the power I call God in my life.  And oh, yes, of course, there was Sr. Steph who also mentored me and guided me to be willing to say “YES” to serving the poor in a capacity I never dreamed I was capable of.

So, while there is much more to the rest of the story, that is why today is a special day in my life and in the life of the Mission of HOPE. Pope Francis has said, “Refugees are not numbers, they are people with faces, names, stories, and need to be treated as such.” Indeed, we are a mission founded because of refugees, refugees with faces and names and stories.

Live and continue to be HOPE today and everyday!  You never know how lives will be changed.

As the trend of chronic violent conflicts continues, Maryknoll missioners are encountering more and more vulnerable people on the move—in Myanmar, Cambodia, Thailand, South Sudan, Haiti, Brazil, El Salvador, Guatemala, to name a few. The United Nations reported last year that the world is witnessing the highest levels of displacement on record:

“An unprecedented 65.3 million people around the world have been forced from home. Among them are nearly 21.3 million refugees, over half of whom are under the age of 18.

There are also 10 million stateless people who have been denied a nationality and access to basic rights such as education, healthcare, employment and freedom of movement.

Nearly 34,000 people are forcibly displaced every day as a result of conflict or persecution.”

You can learn more about the data, where refugees are coming, the top hosting countries, and much more at the UN High Commission for Refugees website.