Seven Iraqi Schoolgirls and a Break-in 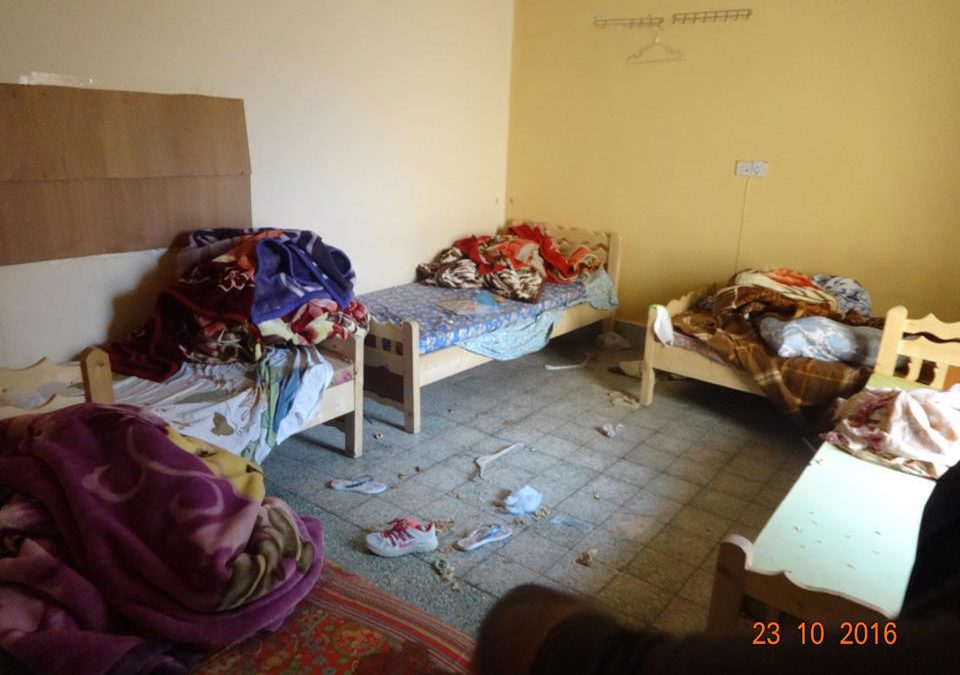 Last weekend, our Dominican family in Kirkuk experienced serious danger. On early Friday morning, October 21st, a large group of terrorists (Daesh) targeted the government headquarters of the police and security institutions building in Kirkuk. They were concentrated around the buildings and houses near the province headquarters. One of those buildings was a convent with seven Saint Catherine of Siena sisters. There were also four houses for the students, houses chartered by the Archdiocese of Chaldean Church to accommodate displaced students of all sects of Christians (most of whom are not Chaldean), and other religious groups including Yazidi, Muslim, and Sabean. 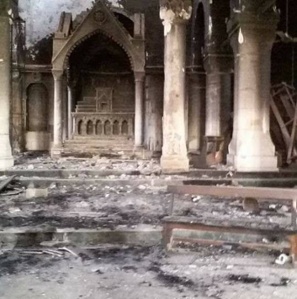 The parish church Tahira, former home to many of our Dominican family convent in Qaraqosh was bombed before the Iraqi soldiers came into the area.

At 3 am, the students (in the house next to the convent) woke to people climbing the walls of the home and holed up in the gardens of houses; the intruders were heavily armed and had explosive belts, as shown in a photograph by one of the students who contacted security authorities. For the day, four terroists were in the same house as seven students. The terrorists were in an adjacent room, eating and drinking while the girls hid under their beds. The terrorists eventually blew themselves up inside the house on Saturday morning. Amazingly, the seven students remained totally still under the beds for eighteen hours. The terrorists had no idea that they were there.

With government security forces in the darkness of the night, “although the intensity of flames were like the rain,” all seven were saved.

“I have to say I was amazed by the courage of the girls and they obeyed the instructions with great accuracy,”  Dominican Archbishop Yousif Toma, Archbishop of Kirkuka and Sulaymaniyah Chaldean Archdiocese wrote in a statement. “A mobile phone played a crucial role in the guidance and move from one place to another for this rescue operation, and we must not forget the role played by the security forces of the efficiency and professionalism in keeping the terrorists confined.” 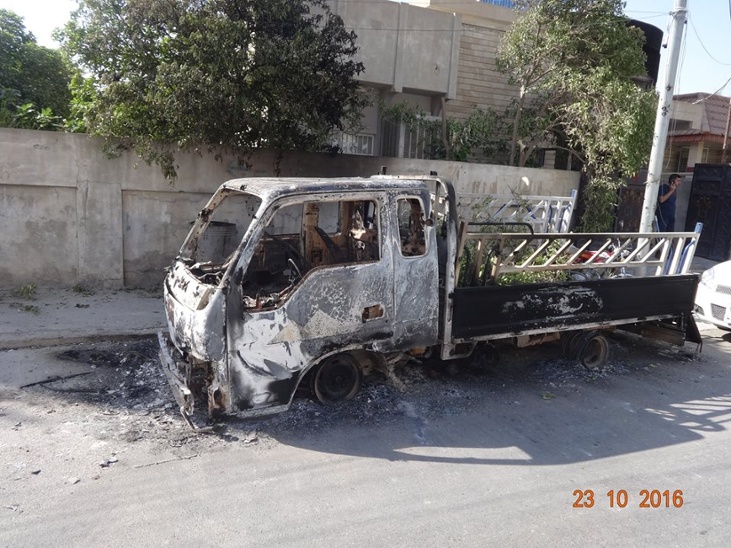 On Saturday morning, the students were transferred to Erbil. They were unharmed and had time to relax and to reassure their loved ones of their safety. The Diocese Chaldean in Kirkuk has promised to pay for their studies.

The diocese writes: “In spite of all the difficulties, we give thanks to the Lord for the blessing and the working of miracles for his children. We also pray for the martyrs and ask for healing for the wounded and all those who suffered any trauma or loss.”