Should the U.S. Accept Refugees? 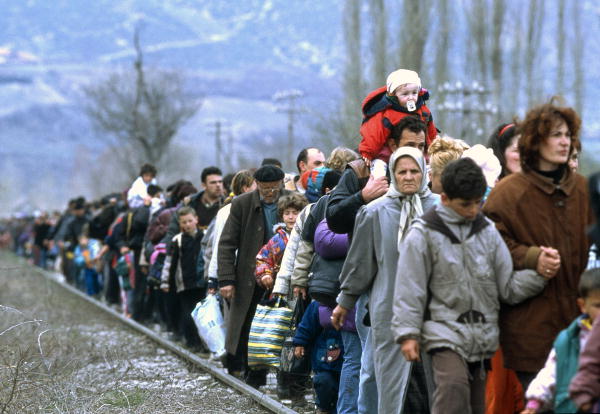 Considering the huge influx of refugees from all over the world, there doesn’t seem to be an easy solution. That’s why, instead of taking a political stance, Dominican Sisters of Hope Debbie Blow, OP and Patricia Jelly, OP choose hope.

As they consider worldwide despair with hearts for creating a better world for everyone regardless of nationalities, these sisters might be a model for us all.

As the Executive Director of the North Country Mission of Hope, a spiritually-based humanitarian organization committed to fostering hope and empowering relationships with the people of Nicaragua, Sister Debbie has led fifty-seven trips to Nicaragua over the past sixteen years.

Although most people at the U.S. border now are not from Nicaragua, Sister Debbie says that her experience in the country helps her to understand the environments from which many of these refugees come.

For instance, she knows first-hand that, in many children’s home countries, despair is part of their daily lives.

She called to mind an observation from a Nicaraguan sister who was visiting the U.S. several years ago. As the two drove around Plattsburgh, New York, (where Sister Debbie lives) they passed a garage on the side of the road. When the Nicaraguan sister asked who lived in it, Sister Debbie clarified that nobody lived in the garage, but that it was for automobiles or tools.

The Nicaraguan sister replied, “Your cars and your animals live better than most of our people.”

Hope, as Sister Pat put it, “is the ability to imagine what cannot be seen, and taking the small steps toward a more just, compassionate society.”

But poverty is just the beginning of the litany of issues that drives people to leave their homes and seek better lives. Many are confronted with a lack of food, a lack of education, a serious lack of healthcare, plus violence and unrest, to boot.

This state of despair is challenging to confront, but it must be confronted all the same. And a solution might require us to focus our gaze outside our own borders. The first step to beginning to consider this problem, Sister Debbie says, is to consider the source of it, and to ask how we might help in a long-term way. 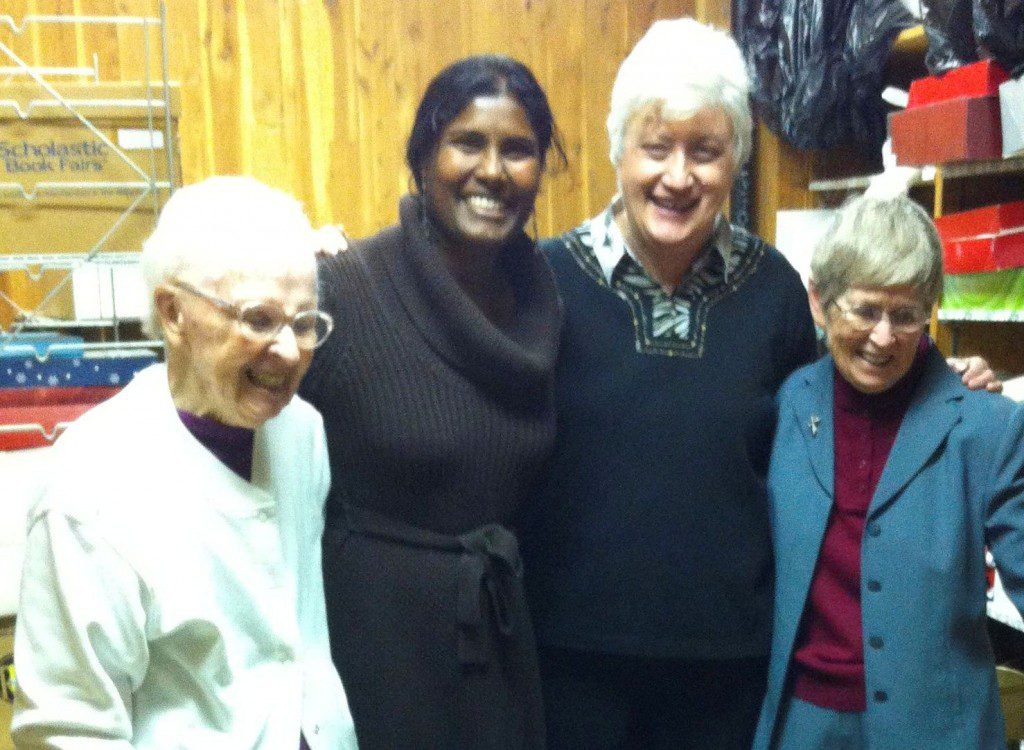 “I’m not saying we necessarily keep all of these people, but I think it starts with an attitude,” she says. “This is an international crisis that requires a long-range plan to address the root causes of such situations and the present refugee crisis.”

Sister Pat is a community organizer for the Statewide Education Organizing Committee (SEOC) for New Jersey, which is an independent, not-for-profit organization that seeks to assure that parents, guardians, and other interested residents are an integral part of improving our children’s education.

While she says that turning away refugee children is not the answer, she is well enough acquainted with the faults of our education system to understand that admitting these children into it will not be easy.

“We’re not doing that good a job for our poor children as it is,” she admits. “I appreciate where the people on the frontlines are saying ‘This is too much.’”

“We’re not doing that good a job for our poor children as it is. I appreciate where the people on the frontlines are saying ‘This is too much.’”

That’s why Sister Pat is looking for change not just on the local level, but internationally. She hopes that, while we work to create a more solid education system nationally, our government will also work with the governments of these other countries to address the root causes that lead people to flee.

“We’ve got to work with these governments and make them better so that it’s not an extreme,” she says. “Certainly the extreme there is terrible, really terrible.”

Indeed, sending the children back to face such a society cannot be the answer, especially for people who identify with hope. 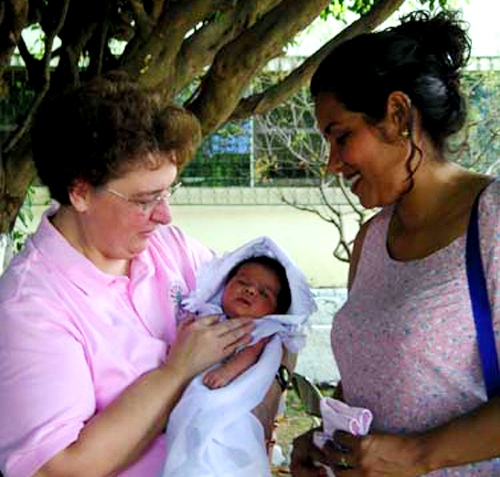 Hope, as Sister Pat puts it, “is the ability to image what cannot be seen, and taking the small steps toward a more just, compassionate society.”

In this case, hope means viewing migrants as human recipients of mercy.

“We see all these signs on TV about [migrants] being illegals or aliens,” says Sister Debbie. “The way we infuse hope into this is to look at these people as refugees seeking shelter.”

She is quiet for a moment while she let that seep in. And then she speaks again, this time with a challenge.

“If this were your child,” she asked, “how would you want your child cared for?”