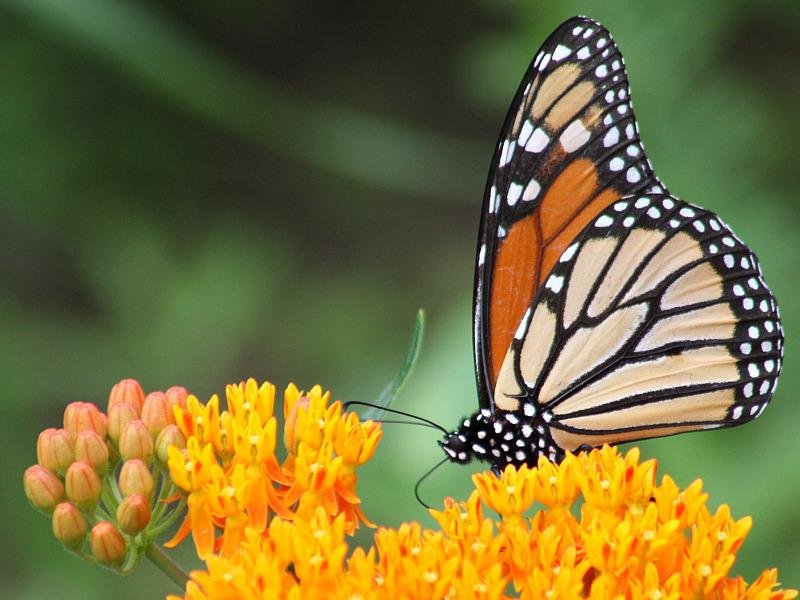 The link between sisters and ecological justice might not be the most intuitive. However, the Dominican Sisters of Hope consider it part of their mission to “promote unity in diversity, interiority, and communion with all creatures.” For the sisters, this includes connecting with nature.

“I focus on finding God in sacred writings, but also in nature and in life itself,” said Dominican Sister of Hope Nancy Erts, OP. “We are called to be co-creators and co-redeemers of all of God’s work.”

This reverence for nature and commitment to ecological justice led the sisters to apply for –and win— a grant for thirty-two milkweed plugs. With the help of Ossining, NY community members, the plugs were planted on the Mariandale Campus in June 2014. As a result, the sisters’ headquarters are now a home to not just administrative offices, but to endangered insects, as well.

“I focus on finding God in sacred writings, but also in nature and in life itself,” said Dominican Sister of Hope Nancy Erts, OP.

According to the Brianna Borders and Matthew Shepherd’s 2011 essay, Milkweeds: Not Just for Monarchs, milkweeds provide shelter and sustenance for insects because they have “abundant, high-quality nectar…readily accessible in the hoods of their flowers.”

But the benefits of milkweed aren’t just for a chosen few: a study by David James of Washington State University revealed that “milkweed…attracted the highest number of beneficial insects of any of the forty-three species of native flowers being studied.” Among these species are bees, wasps, moths, and butterflies.

“Migrating monarch butterflies are in ‘grave danger,’” National Geographic reported this past January. A report based on a survey of Mexico’s Monarch Butterfly Biosphere Reserve done in December 2013 showed that monarch colonies in Mexico now occupy “the smallest area since records began in 1993.”

“Incorporating milkweed into large-scale plantings wherever possible—including marginal lands like roadsides—is one strategy [to halt the decline of monarchs]” National Geographic advised.

The Dominican Sisters of Hope have heeded this advice. So far, they’re pleased with the results.

“We are interested in restoring natural habitats on our campus, which add to the diversity, abundance, and productivity of the land.”

“The urban landscape in the Village of Ossining, where Mariandale is located, is at a crossroads because of commercial developments and loss of habitat that supports pollinating insects,” she wrote. “We are interested in restoring additional natural habitats on our campus, which adds to the diversity, abundance and productivity of the land.”