Statement on Conviction of Derek Chauvin for Murder of George Floyd 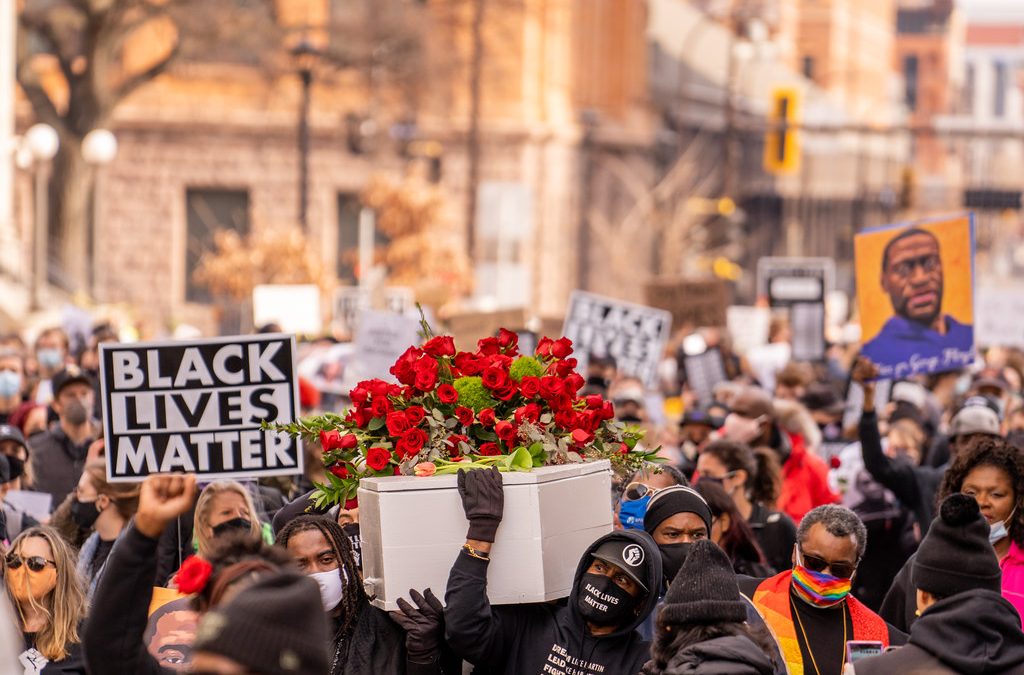 We, the Dominican Sisters of Hope, stand in solidarity with the LCWR and the Black Sisters Conference in their commitment to the sanctity of human life and in working for real and sustainable solutions to systemic racism. We support the following joint statement issued by the National Black Sisters’ Conference (NBSC) and the Leadership Conference of Women Religious (LCWR) in response to the conviction of former police officer Derek Chauvin for the murder of George Floyd:

We stand together in our commitment to the sacred dignity of each human person as emphasized in Catholic Social Teaching.

In the aftermath of the guilty verdict in the trial of Derek Chauvin for the murder of George Floyd, we recommit to working for real and sustained systemic change in the struggle to end institutional racism in every aspect of our society.

Sadly, we know that the trend of fatal police shootings has only escalated in this country over the last four years.  The rate of fatal police shootings among Black Americans is much higher than that of any other ethnic group.  Starting with the savage beating of Rodney King in Los Angeles in 1991 up to the murder of George Floyd in Minneapolis, the trend of abuse at the hands of law enforcement has alarmingly increased.

In 2020 there were 1,021 fatal police shootings, and in the first three months of this year 213 people have been shot by the police; 30 of whom were African Americans. Police brutality is only one of the many manifestations of systemic racism; but it is one that too often ends in the death of too many young African Americans.

We believe that we are at a crucial moment in race relations in this country.  We must acknowledge and work to eradicate the sin of White Privilege that seeks to affirm the false superiority of Anglo-Saxon culture and way of life.

We must as Dr. Martin Luther King, Jr. admonished us “learn to live together as brothers (and sisters) or perish together as fools.”  Therefore, we call upon all people of good will and especially people of faith to join us in working for real and sustainable solutions to the racial divide in our country.

We will not rest and our work will not be done until the belief that all people are created equal and entitled to the promise of life, liberty, and the pursuit of happiness, is a lived reality for every American citizen.