This Sister Raised Awareness of Human Trafficking. You Can, Too 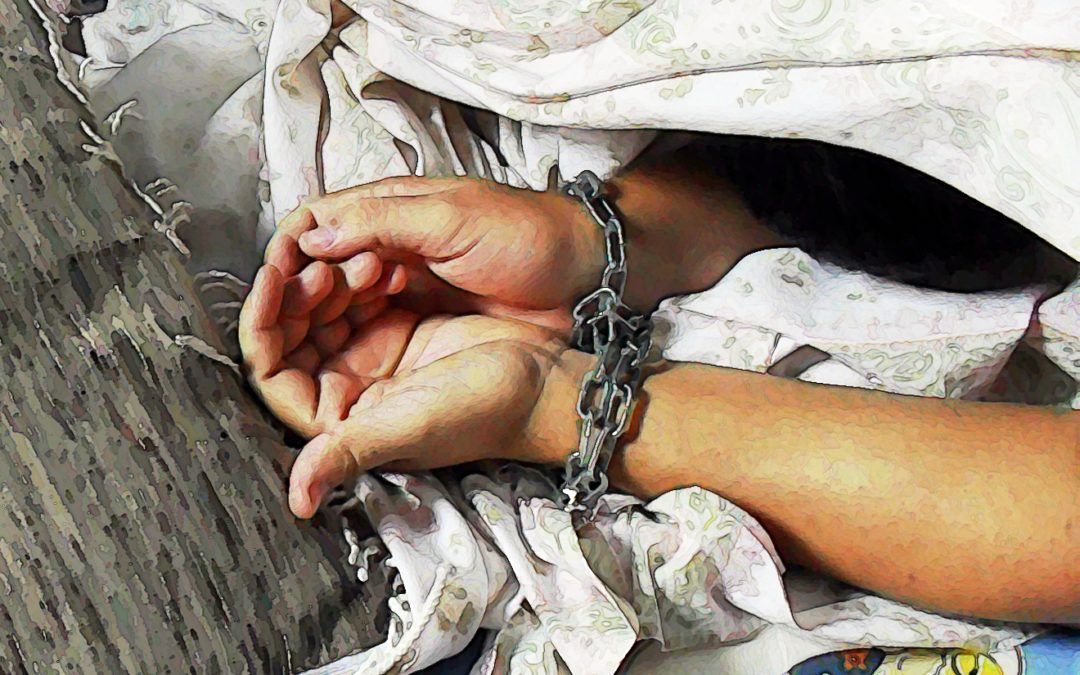 In the spring of 2013, Dominican Sisters of Hope Pat Flynn and Pat Jelly engaged in a human trafficking awareness campaign in Northern New Jersey. The following fall would see the Super Bowl at the Meadowlands, and the pair, along with other religious groups, wanted to raise awareness among the hotels in the area.

Below, Sister Pat Flynn discusses her involvement with the issue, her challenges, and why she would do it all over again. 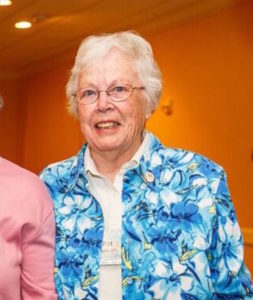 How did you first learn about trafficking?

I read a lot, and I remember reading that there were at least 600,000 to 800,000 people trafficked in 2013 alone. The statistics blow your mind, really. I was excited about learning more and helping.

What were your first steps?

We attended a meeting on Friday, June 14, 2013. I was part of the Justice Committee for the Dominican Sisters and we got word about the meeting. Pat Jelly and myself decided we would go. It was absolutely fascinating, though we didn’t know what we were getting into. We met at the Jewish Federation of the Greater Metro West. I was amazed at the number of religious that had attended the meeting that day. There were brothers, priests, and sisters; there must have been hundreds of us!

From that meeting, we formed fifteen teams to connect with hotel personnel staff within a fifty-mile radius of the Meadowlands. We were not trying to arrest people; we just wanted to ensure that the hotel personnel were trained in spotting warning signs of trafficking. We had lots of literature and print-outs to share.

My team was assigned to the Days Inn in North Bergen. We wanted to meet with the manger of the hotel to discuss how to spot trafficking, how to approach the situation, who to call, and what to do. I had a hard time getting in touch with the manager! Finally, Sister Pat and I both went and met with an assistant manager. Eventually, the manager did call back and assured us that she knew all about trafficking and that she worked with the local police in dealing with it. We also brought soaps with a hotline number for the cleaning staff to distribute in the rooms.

“It’s the small efforts that you make tirelessly on a regular basis to reach someone who can have an affect. It’s building relationship.”

You said there were fifteen groups. How did your experience compare to theirs?

Looking back at the final report, I saw that the frustration at getting in touch with managers was common. It’s not just the manager who needs the information; it’s the receptionists, the maids, everyone working in the hotel. Some hotels have already signed a code to work diligently in teaching their hotel people how to spot possible trafficking; many of those hotels are chains. New jersey has a very high rate of trafficking because of the meadowlands and the strip of hotels surrounding it.

What about the experience was surprising to you?

You can’t look for success, that was what I felt. It’s the small efforts that you make tirelessly on a regular basis to reach someone who can have an affect. Also, it was all team-work. It was helpful to not have to go alone because you’re trying to build relationships.

There certainly is a call for this kind of work, but it’s another world. I worked in education for many years as a principal both of wealthy parishes and in inner-city schools. This is a whole different way of working with civil rights and justice.

While doing this, I saw how difficult it is to make a change. Trafficking is a big problem and this is a small, small way of contributing. 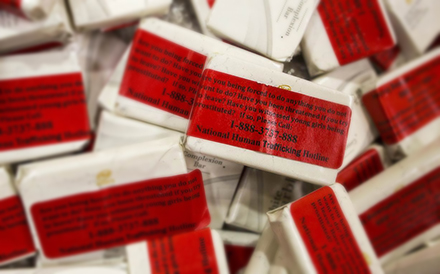 The sisters distributed these Save Our Adolescents from Prostitution (SOAP) soaps
containing a Human Trafficking Hotline to hotels. More here.

If people want to help, how can individuals get involved to fight human trafficking now?

You can make a difference by being aware of where you shop (many stores sell clothing made by slaves or underaged workers), by buying conscientiously, fair-trade products. You can do a great deal by finding out where your local representative stands with human trafficking, and understanding that your voting possibilities might be a way of affecting the problem. Educate yourself; read a lot and see if, locally, there’s a call for volunteers. New Jersey Coalition Against Human Trafficking is always looking for volunteers for hotel outreach. We brought S.O.A.P. soaps to the hotel. S.O.A.P. (Save Our Adolescents from Prostitution) is a hands-on outreach to fight sex trafficking at large events and in communities that is always looking for outreach and volunteers.

It’s amazing the number of groups that are working in some way to approach this whole issue; in New Jersey alone there must be at least fifty different interfaith groups that do this work. Pay attention to the news. Look for volunteer jobs.

“There are many small ways of contributing, but you have to get out there and do whatever you can. Don’t be discouraged by it. There’s a lot of work to be done.”

What about this ministry gave you hope?

Just walking into the meeting and seeing so many people who appeared at a meeting at 9 a.m.: that was hopeful. People are really interested and want to do something, no matter how small it is.

One of the wonderful things Pope Francis did in Laudato Si’ was show the interrelatedness of climate change to the increase of human trafficking.

It’s more than climate change; it’s the impacts. People are displaced from homes, food distribution is curtailed, labor source disappears, they begin to find other ways of refuge; it’s a terrible situation and it’s not getting any better. I think climate change is making a difficult situation for many women.

Climate change underlies poverty, and then poverty certainly drives human trafficking. There’s a lot of work to be done on the whole thing. But seeing so many groups of people who want to learn more and help, that gives me hope.