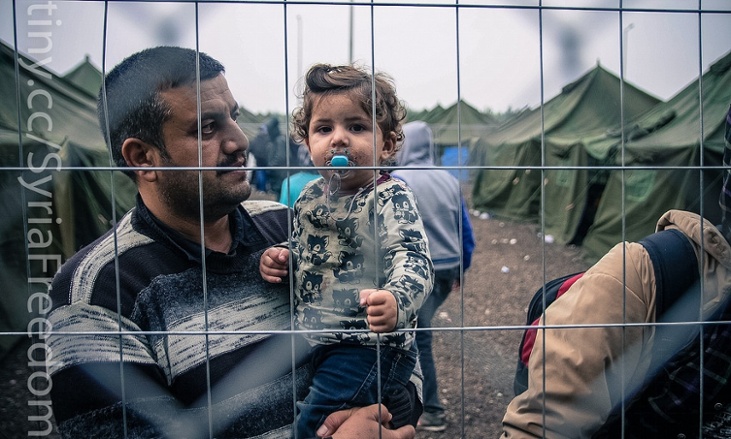 We, the Dominican Sisters of Hope, along with the Dominican Sisters of Amityville, Blauvelt, Caldwell, and Sparkill, are opposed to the executive order signed by President Trump that places on a ban on immigrants. Throughout our history, we have accompanied and served immigrant and refugee communities. We remain committed to welcoming refugees who come here after passing through the U.S. government’s already rigorous screening process. Halting or undermining the U.S. refugee resettlement program leaves vulnerable refugees, including women and children fleeing violence, in extreme danger and diminishes us all.

President Trump’s order, which bans residents of seven Muslim majority countries from entering the U.S. for 90 days, suspends refugee resettlement entirely for four months, and bars resettlement of Syrian refugees indefinitely. This is unconscionable in the face of the unprecedented global refugee crisis. More than 61 million people are displaced from their homes, more than at any time since World War II. Some 21 million are refugees; most are children who have been forced from their homes by unthinkable violence.

While not called the “Muslim ban,” these actions focus on Muslim-majority countries, with exceptions made for Christians and non-Muslim minorities. Ironically, this ban does not include the home country of 15 of the 19 September 11th hijackers. Yet, people from Iraq, especially those who assisted our military in a destructive war, are excluded.

Our heritage as Dominicans calls us to stand for truth and to raise our voices for truth, especially as we are now faced with this executive order’s disguised targeting of Muslims. This calls for open dialog, deep respectful listening, and seeing the other with dignity.

This executive order gives aid and comfort to those forces which are bent on willful destruction. It harkens back to the darker moments of our own history of slavery and internment camps. It lowers our estimation in the eyes of the many peoples who want to know America as a defender of human rights and religious liberty, not a nation that targets religious populations and then shuts its doors on them.

In 2015, Pope Francis addressed Congress reminding them, “It is time to put aside fear and join together to recover who we are and what we represent to a world badly in need of hope and solidarity. If we want security, let us give security; if we want life, let us give life; if we want opportunities, let us provide opportunities.”