What It Means to Be a Woman Working Toward Justice 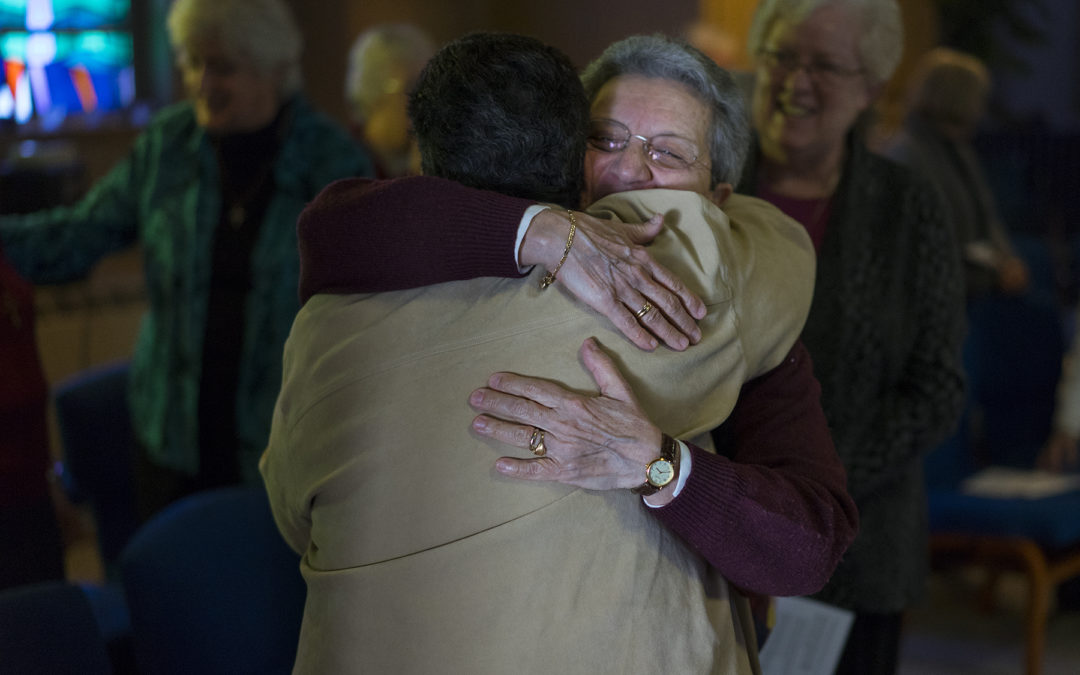 Can you identify a moment when you experienced a Transformation of Jesus in yourself or in others?

For myself, there have been many moments that, when reflecting on them together, have been moments of Light, a gradual transformation which always happens for me with the shadows. These hopefully will continue until the final death to New Life!

I remember my mother telling me as a young child of her experiences of growing up in a home of twelve siblings: four girls and eight boys. The four girls were expected to “pick up” and “clean up” after their eight brothers. She didn’t consider that right. Later, my father who was not of the same ethnic background would pick up my mother for dates, much to the teasing of her brothers. Even though she was the fourth oldest, she was the first to marry. That was frowned upon too!

Perhaps that prepared me for questioning why there were no altar girls in our Roman Catholic liturgies. That was the 40’s and 50’s. It didn’t happen until 1994.

We lived in a very Catholic area with one Lutheran family in our neighborhood. One summer, our Lutheran friends invited us to a summer bible study at their church. My parents approved.My priest uncle did not. It opened up a new world for me. We had a Bible, but hadn’t read from it much. That changed after my summer experience, along with more spontaneous prayer.

One black family –an older couple- lived a block-and-a-half away from us. My father would visit them periodically. I wondered why they didn’t take part in our neighborhood events. It was only years later that I realized they might not have been welcomed by some. Only as a young adult was I able to articulate those early transformative moments of Jesus as rights that are feminine, religious, ethnic, and racial. Perhaps that’s part of the reason why Peter, James, and John did not tell the others at that time.

How about your early experiences in your journey toward being a woman of Justice? 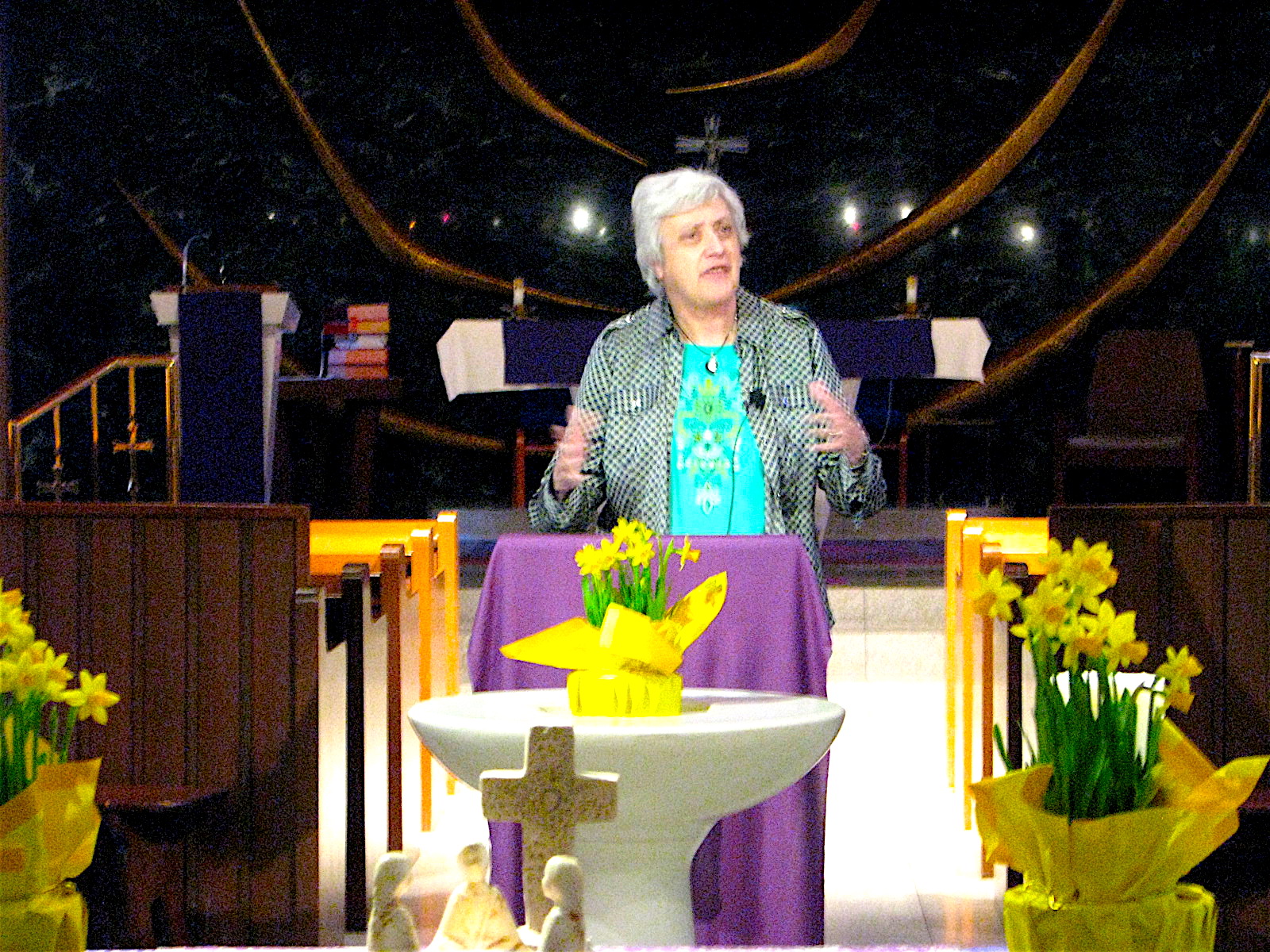 My decision to be a Dominican Sister was certainly experienced as a Calling, as each of us can say in response to married or single or religious life. For me, it was also the desire to be part of a community of women in service.

For those of us who were adults in the 1960’s, we experienced the Second Vatican Council, the assassinations of President Kennedy, Martin Luther King, and Robert Kennedy, as well as too many others who died in both the Civil Rights and Peace Movements. Some of us joined thousands of others in Marches both locally and in Washington, D.C. Even in the face of so much violence and death, many of us felt that life would come out of it. The Light of Transformation was with us! The Reign of God would come to our world. But we know now that lines were being drawn. On the one hand, there were those who rejoiced in the renewal of the Catholic Church, and others who mourned the apparent passing of our traditions- those who were against the war in Vietnam and Americans who were in the armed forces. Religious and Parish Congregations were divided. We didn’t seem to know how to dialogue. We just wanted to convince the other of our position.

Donna Markham, a Dominican Sister from Adrian, Michigan reminds us of that difference between dialogue and discussion. Catholic sisters did seem to have the mechanism in place to learn how to dialogue with one another. It’s been a slow process and obviously we haven’t done it perfectly. Yet, it was enough to concern the institutional church which had an investigation which lasted about 3-4 years, and was just dropped 1-2 years ago. The Leadership of our Sisters’ Congregations did know how to dialogue, and it was resolved peacefully. Just a week ago, I was speaking with a Vietnam veteran, who during the war wouldn’t wear his uniform when he was home on furlough because of the ridicule and anger he would receive from others. There obviously couldn’t be dialogue in those situations. Just this past week, the media has shown the physical and verbal fights at some of the presidential rallies; no dialogue there.

The Feminist Movement gained momentum in the 60’s and 70’s. It certainly influenced many Catholic Sisters. The secular feminists began to question the plight of women all over the world, which we know continues today. Berta, an indigenous woman from Honduras, was assassinated one to two weeks ago because she was helping other local people to stand up to the multi-national corporations. The injustices need to be corrected. Respectful dialogue still does not always take place. Justice demands that those affected be involved at their pace, which Berta did. Our international sisters present with us this afternoon hopefully will share whether our American sisters had respectful dialogue with our international sisters at that time. We know that it did not always take place with some of our secular feminist sisters. I believe that dialogue does happen now often. We ask our Dominican Sisters to share whether we American sisters had respectful dialogue with them in the 70’s and beyond.

Study of the issues, action, and prayer follows my reflection on my experiences. There may be a different cycle for others

Each of us have had experiences in life and service/ministry which helped us move toward Justice as women. My own experience of being a teacher, principal, a member of a Preaching Team, and in Congregational Leadership prepared me for my ministry of organizing. The skills I learned in each of these ministries were a helpful preparation to organize people in neighborhoods so that they might get the services they need. We learned quickly from the residents that, for their lives to improve, the education of their children needed to improve. So our organizing started to focus on public education, particularly in the urban areas. We have groups in Jersey City, Elizabeth, and Asbury Park. I am very grateful to have a colleague from our Asbury Park group with me today, Beverly Lyons, who grew up in Asbury Park, went to the public schools, and at this time has grandchildren in the schools there. I would ask her and all present to consider what life experiences, prayer, and study enabled you to move toward being Just Women.

It’s important to realize that there are many issues that need the transforming of Jesus. Each of us are called to focus on one or some. We are called to see what we do in light of all. What will bring the Transformation of Jesus, the Reign of God? Give yourself a few minutes of quiet reflection to consider this. Then, let’s dialogue!

View photos from the Woman Working Toward Justice event here.