What We Saw at the #FamiliesBelongTogether Protest in NYC 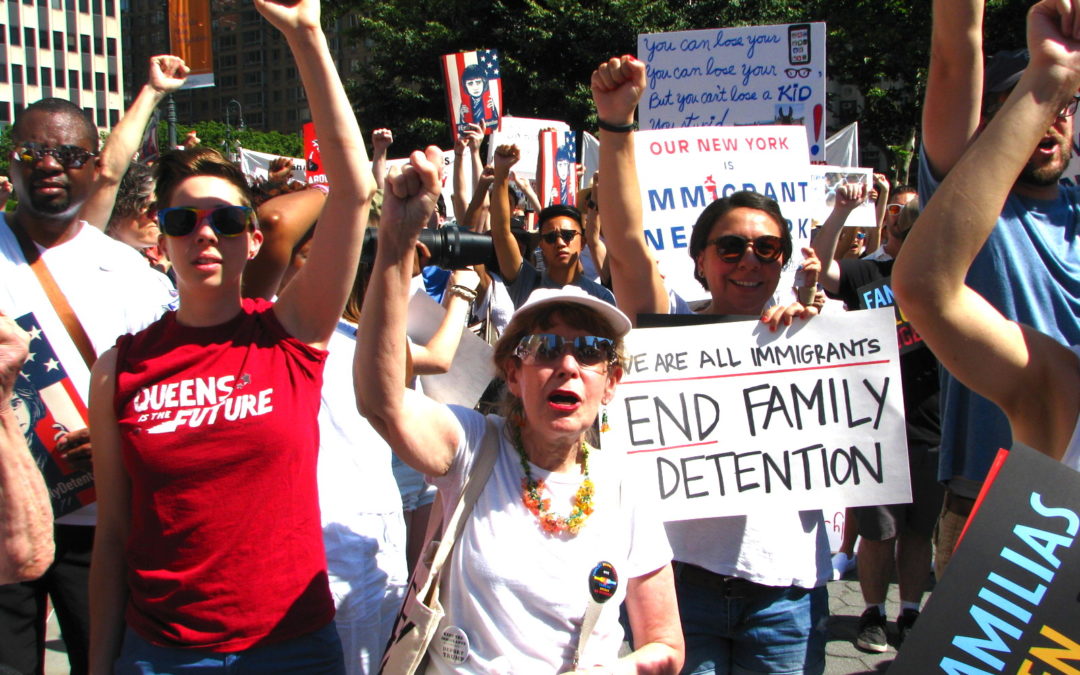 On June 30, an estimated crowd of 25,000 gathered in New York City for a National Day of Action to urge Donald Trump and his administration to stop separating kids from their parents. The march, which joined dozen of other cities around the U.S., was held on the premise that families belong together, a value we have long held as Dominican Sisters.

We attended the march, and we spoke to fellow participants about what drew them to the cause. Below, we’ve recorded their responses. 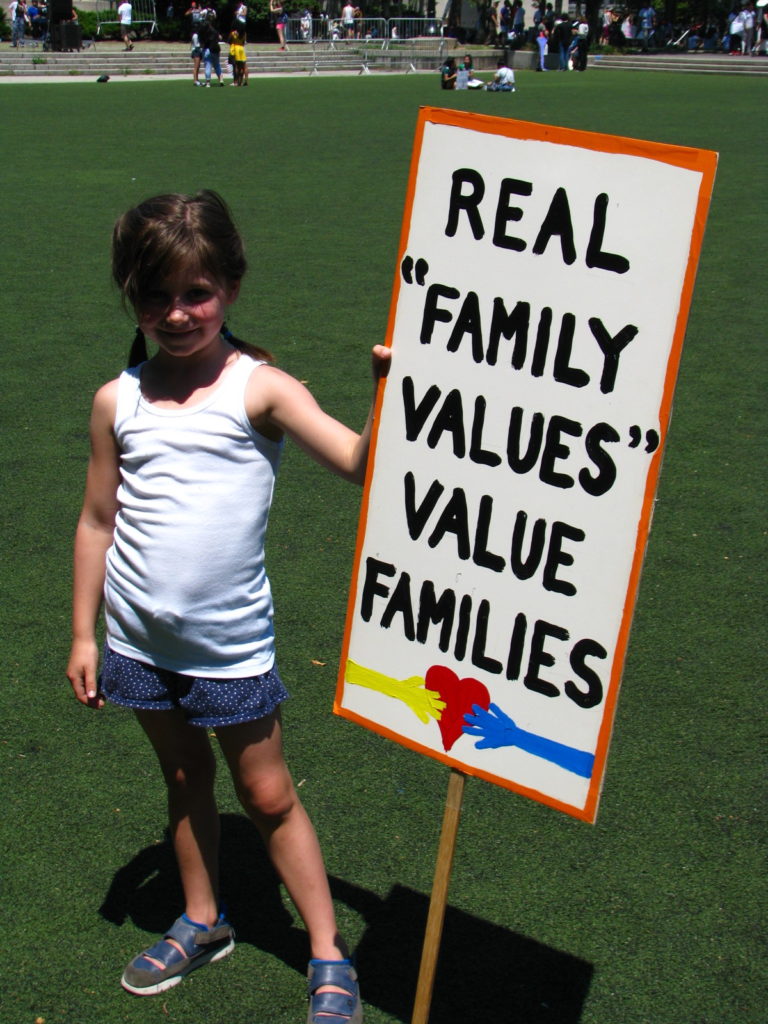 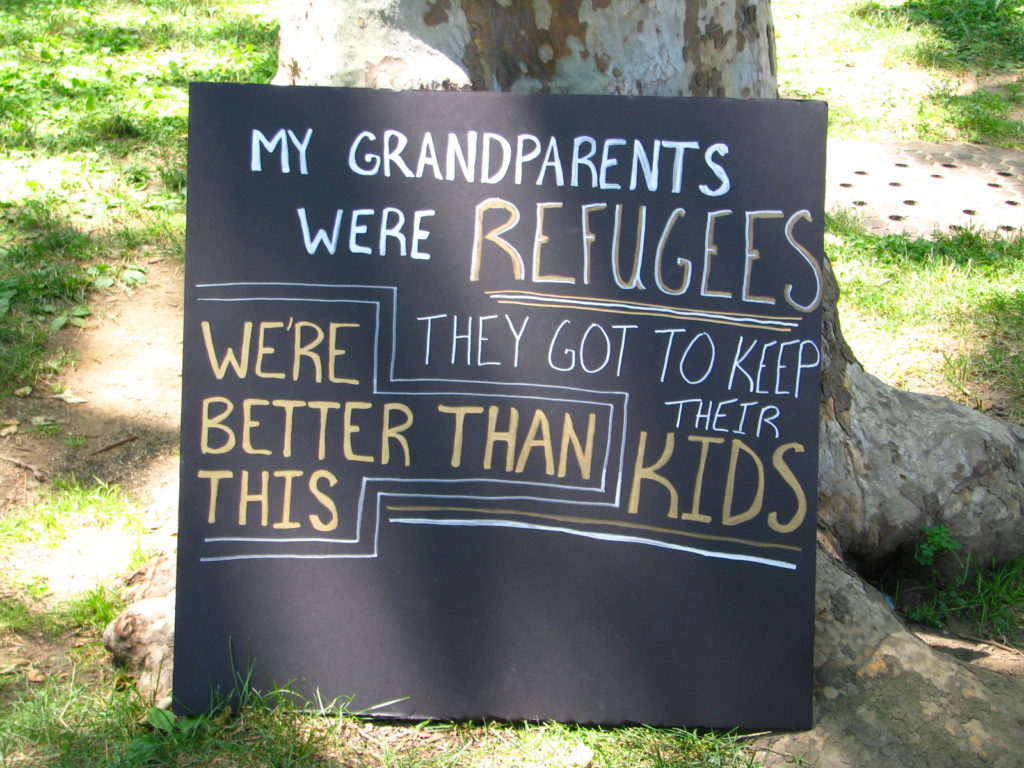 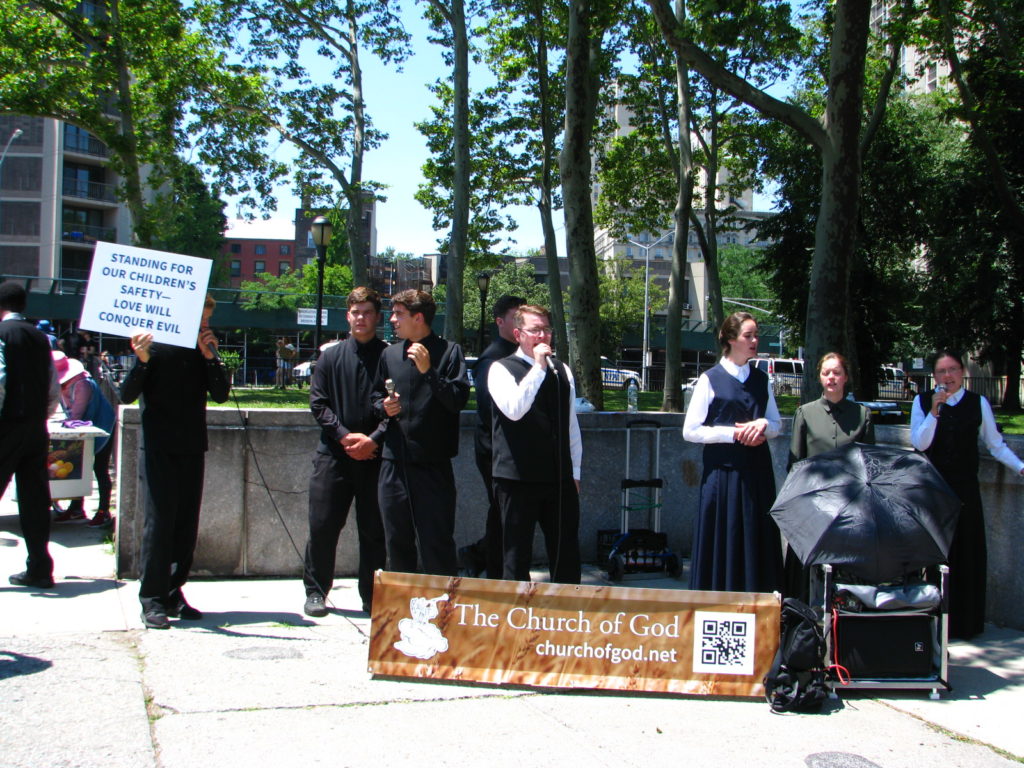 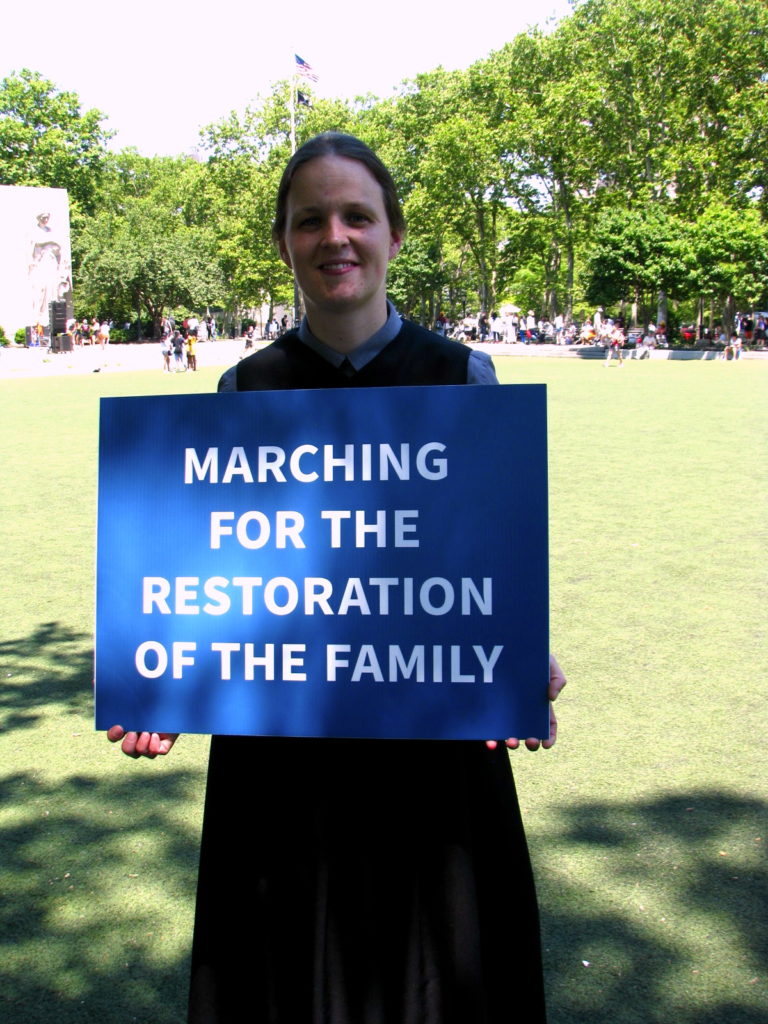 “I’m here to stand against the systems of oppression. An attack to separate personal families is extends to separate all human families. When we unite personal families, we put the structure back in place. A lot of Christians say they’re Christians, but we as Christians feel that God has created everyone, and we need each other. I hope the zero tolerance policy will end, and that we will realize that we are one people. We don’t need borders. I don’t think any politicians, or very few, are Christians. They’re not Christians if they are more concerned about politics than they are about people.” – Elizabeth Oppel, Church of God, Warsaw, Indiana 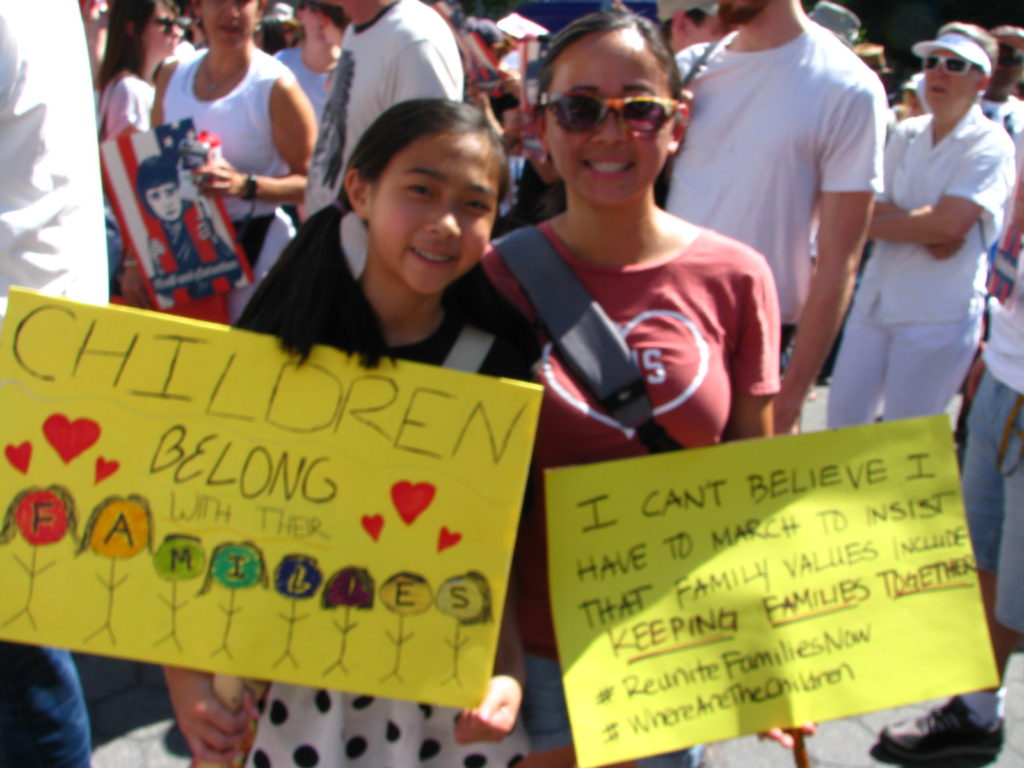 We talk about this a lot at home. It’s important that our children learn to care for others. There are no other people’s children.” – Laura Choi, and her daughter Ella, 12, Stewartsville, NJ 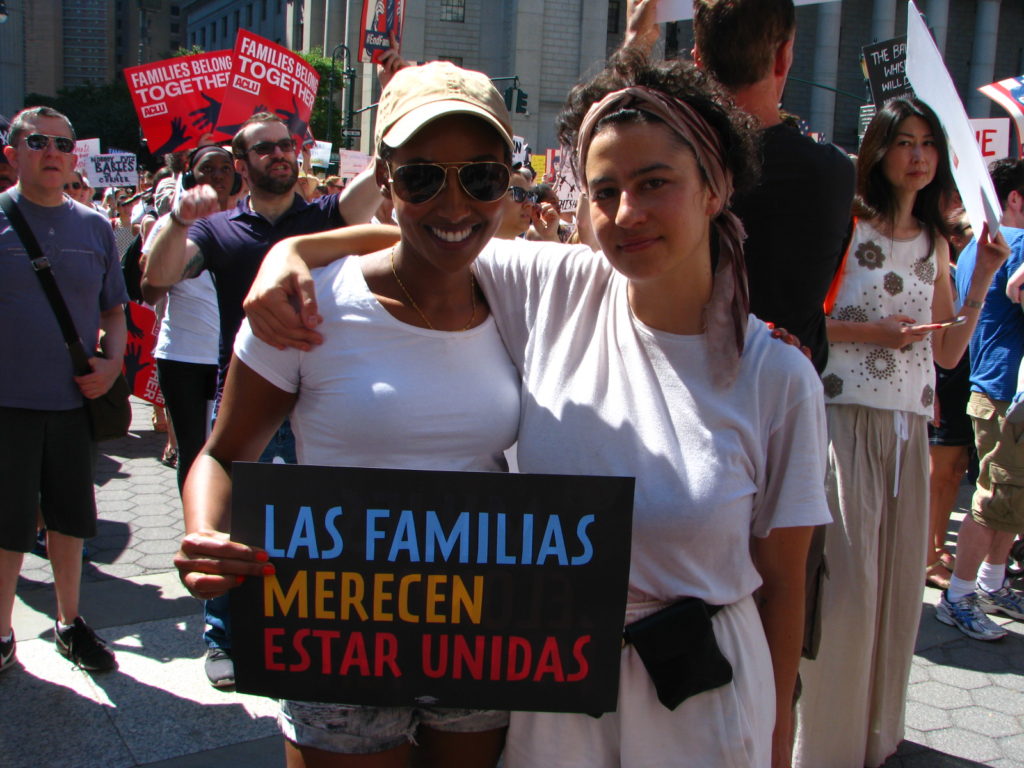 “My mom and dad both came to this country as immigrants from Eritrea. I think about my family when I think about this. I hope that these kids will be reunited with their families. It’s really scare just to know that they are alone.” – Delina Medhin, NYC 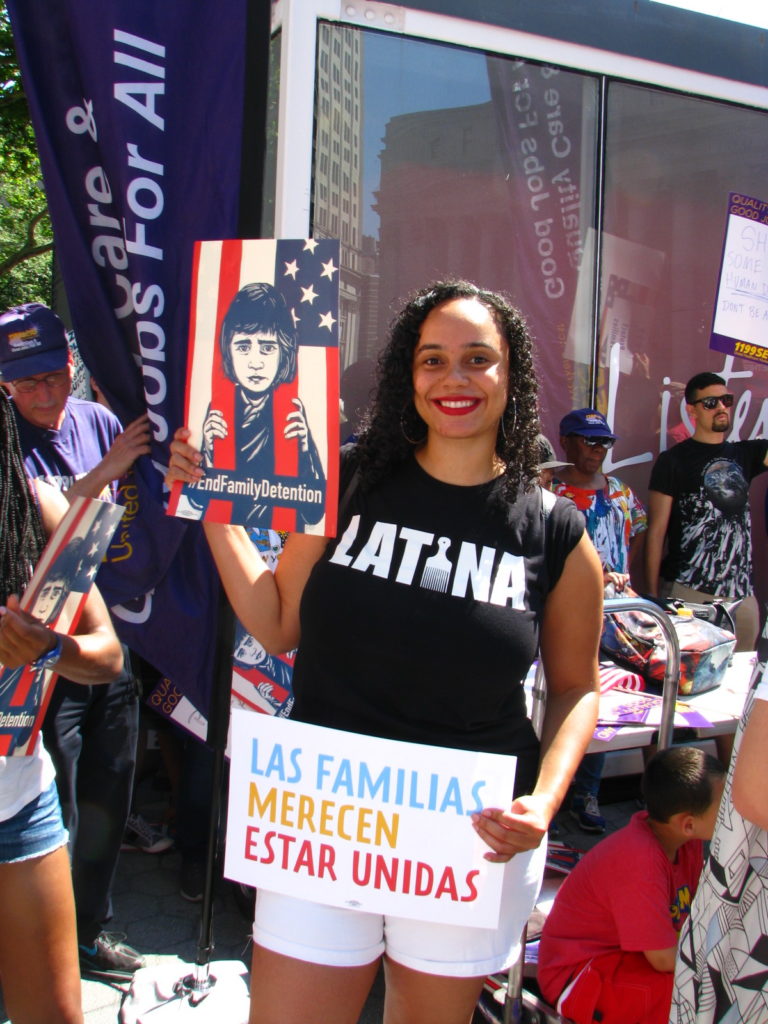 “I’m here because it’s reprehensible that families are being separated when they’re seeking asylum. Seeking asylum is legal. We’re all one family, so yes, this does affect me. I hope that immigrants will be treated with compassion and that their basic human rights will be respected. ” – Jasmine Gomez, Manhattan 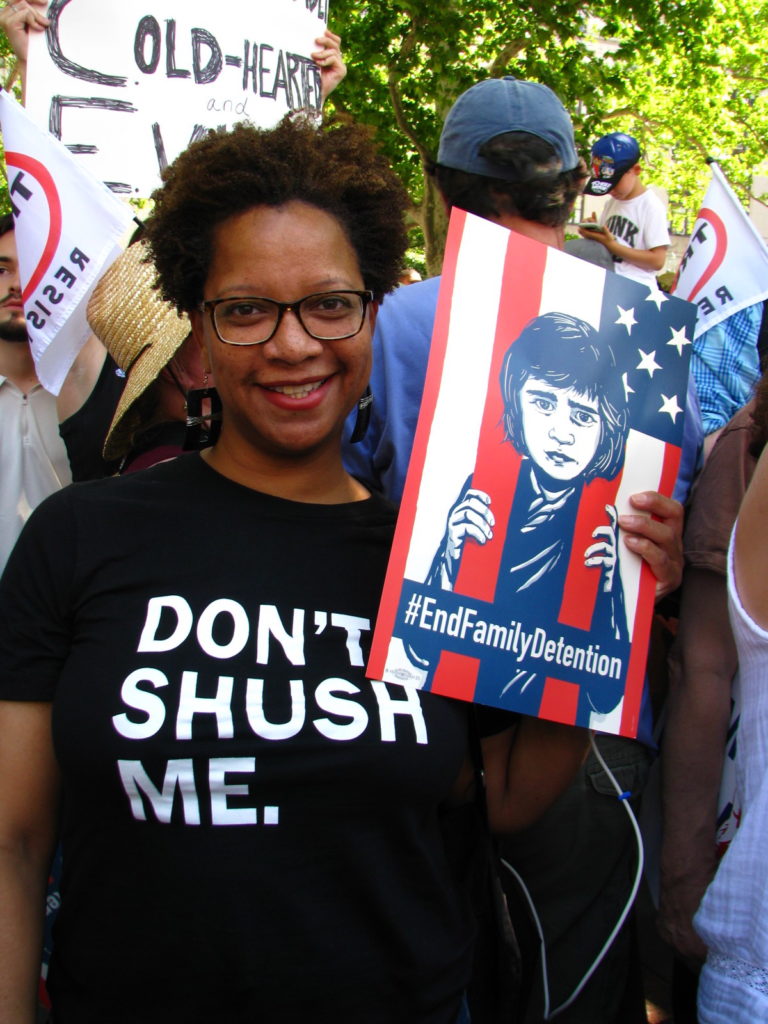 “I wanted to rise up against the dark turn this country has taken. I don’t believe this is what America is, and if I have anything to do with it it’s not what America will be. We’ve gotten into dangerous times when policy is being set for political reasons instead of for the people. I would like to see the zero tolerance policy, and the implementors of it, go the way of the poodle skirt.” – Cheryl Duncan, Montclair, NJ 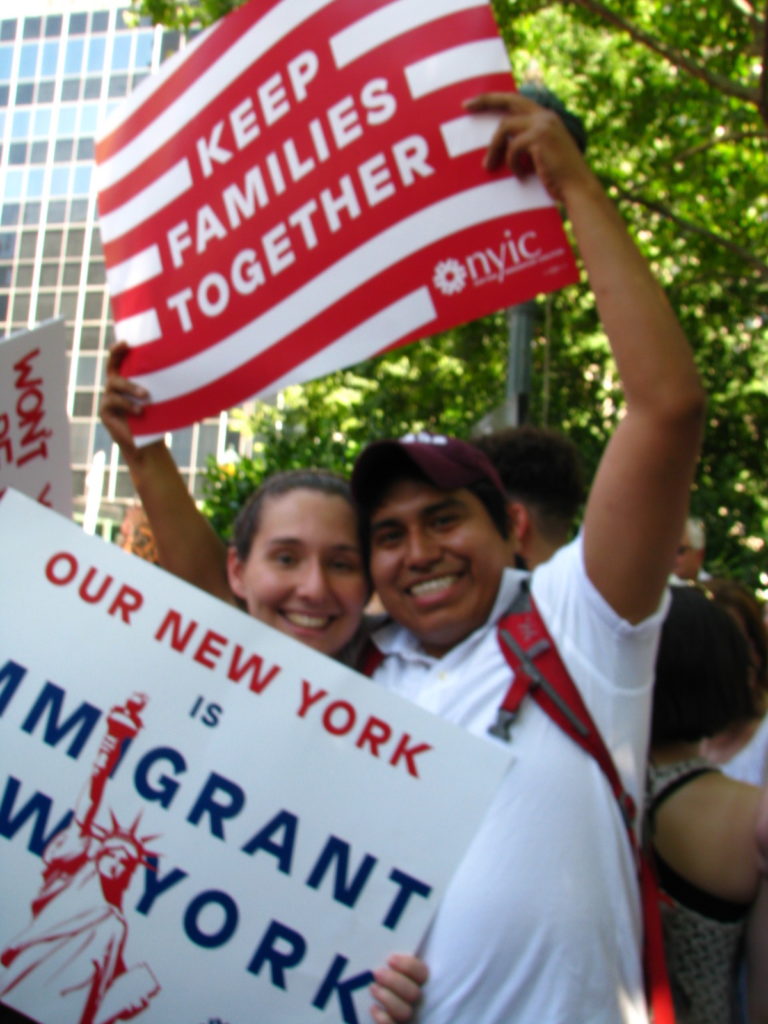 “It affects a lot of kids I used to work with [in an after-school program]. They’re nervous about their parents being deported and having to take care of their younger siblings. Someone I knew in Minnesota was deported. She had DACA status. She was a community organizer and had spent most of her life here. She’s the sweetest person, in her twenties, totally harmless.  She was a peaceful organizer.  It can start to feel hopeless, and like we’re alone when we see so much bad news on tv. We need to get our voices out there. We need to keep hope alive.” – Laura Krieble, Brooklyn

“We’re here because we’ve had it at this point. Seeing the news about family separation… it’s too much. We need to show in numbers that we won’t stand for this.” – Daniel Paucar, Brooklyn 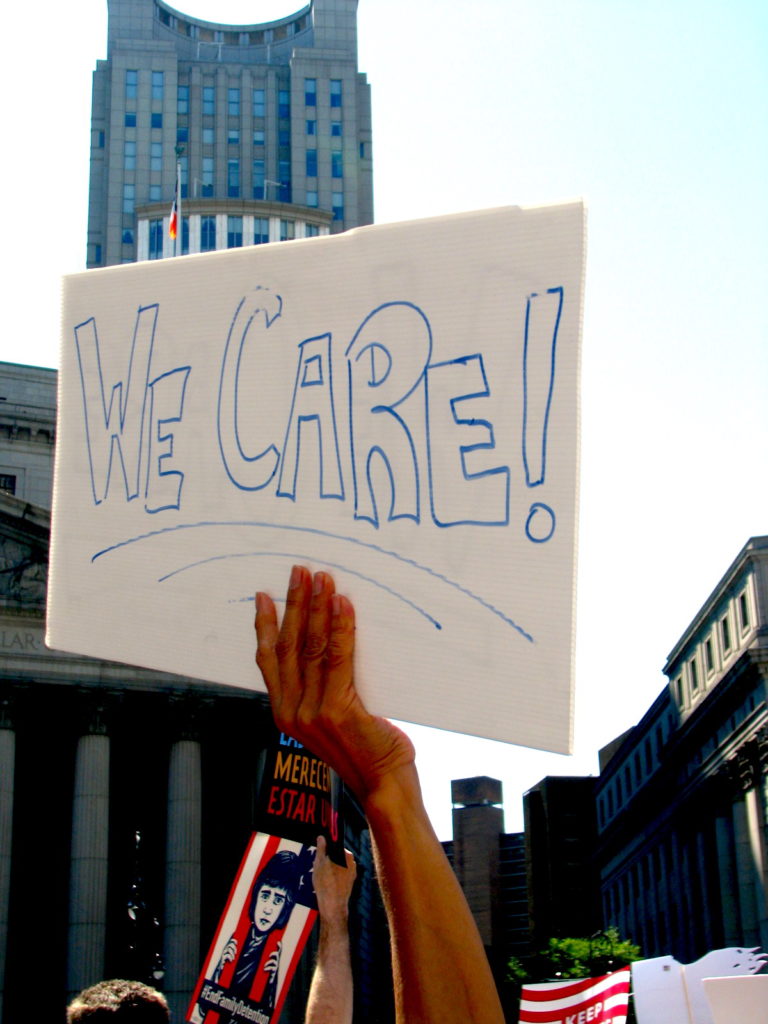 “I’m here with the Black Alliance for Just Immigration. Immigrant rights have been under attack for decades, this is a long-term thing. I’m here because local politicians facilitate the deportation of black immigrants. I liked the turnout of the march, but a lot of people are here because they’re seeing the separation of kids from their parents at the border, and kids are so innocent. Don’t fight for immigrants because they’re children or they’re immigrants. Adults deserve to be here, too, even if they’re not asylum seekers. If we’re talking about family separation, the prison system is just as relevant. It separates families, too. Administration for Children’s Services separates kids. If you accept one person being in a cage, it’s not too hard to get here. People need to have a clear understanding of the roots of these issues. Anti-Trump politicians don’t care about immigrants or poor people.” – Ben Ndugga-Kabuye

We’re grateful to all who bravely shared their thoughts and passion with us. Below, we’ve included additional photos from the march. 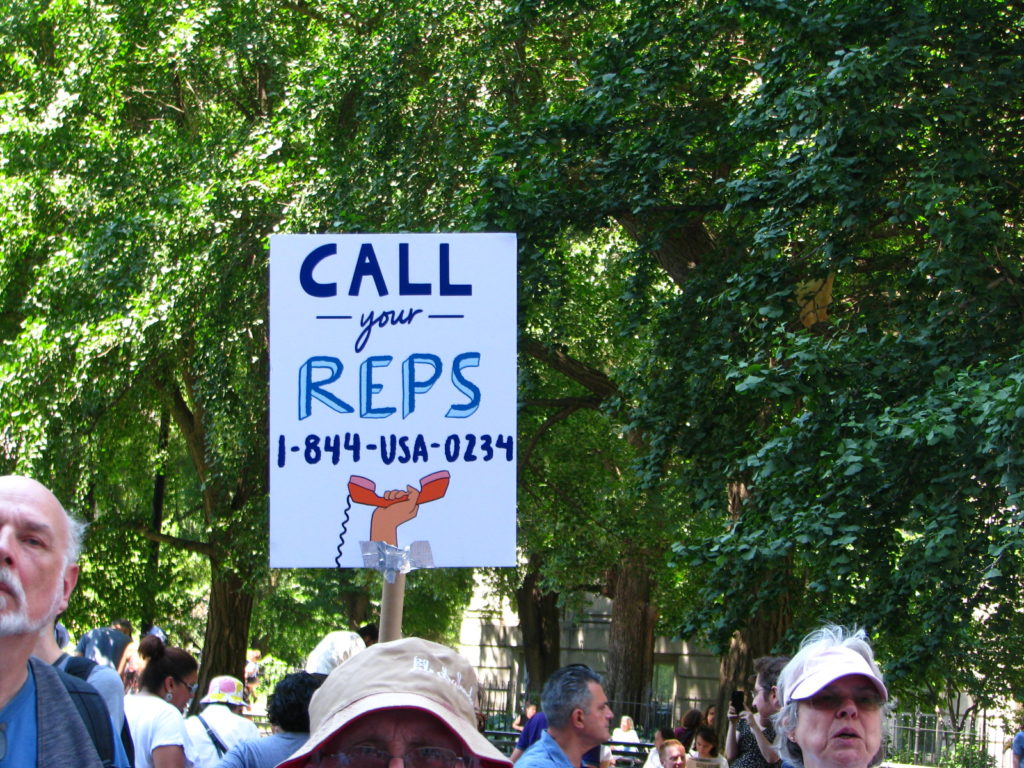 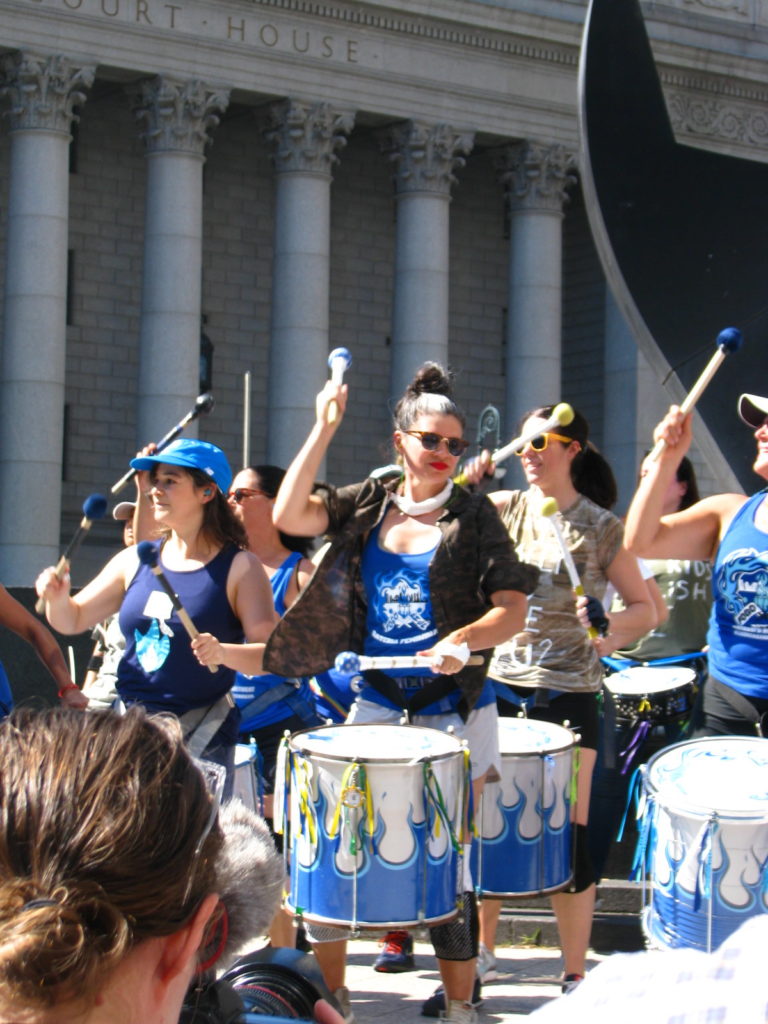 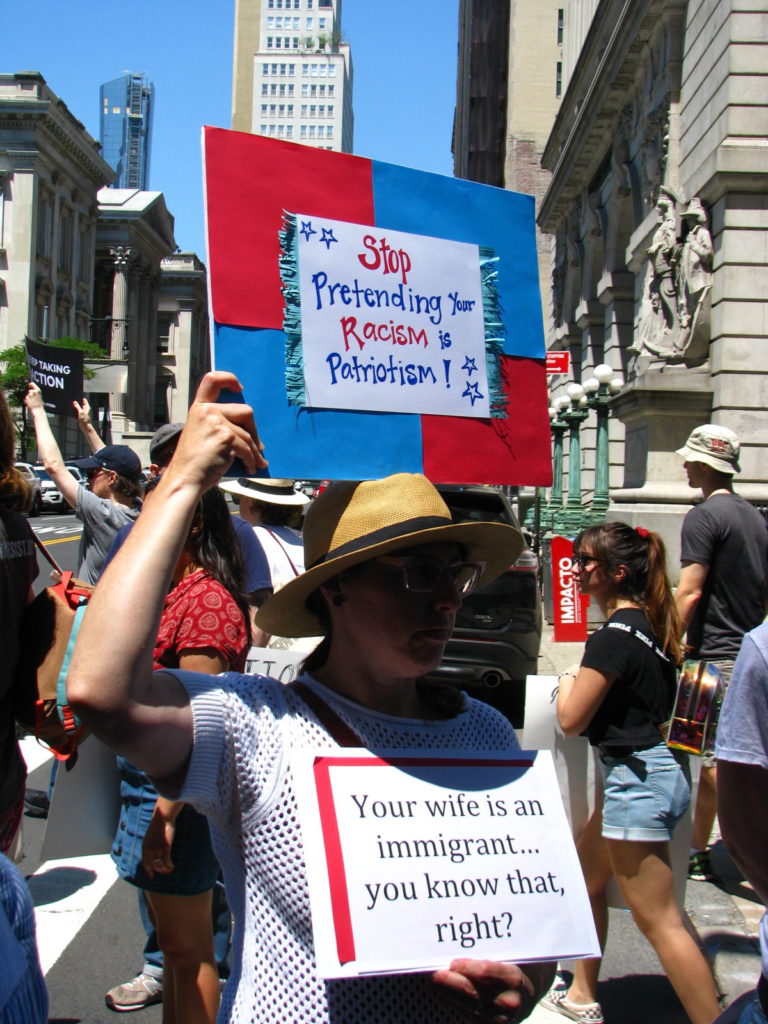 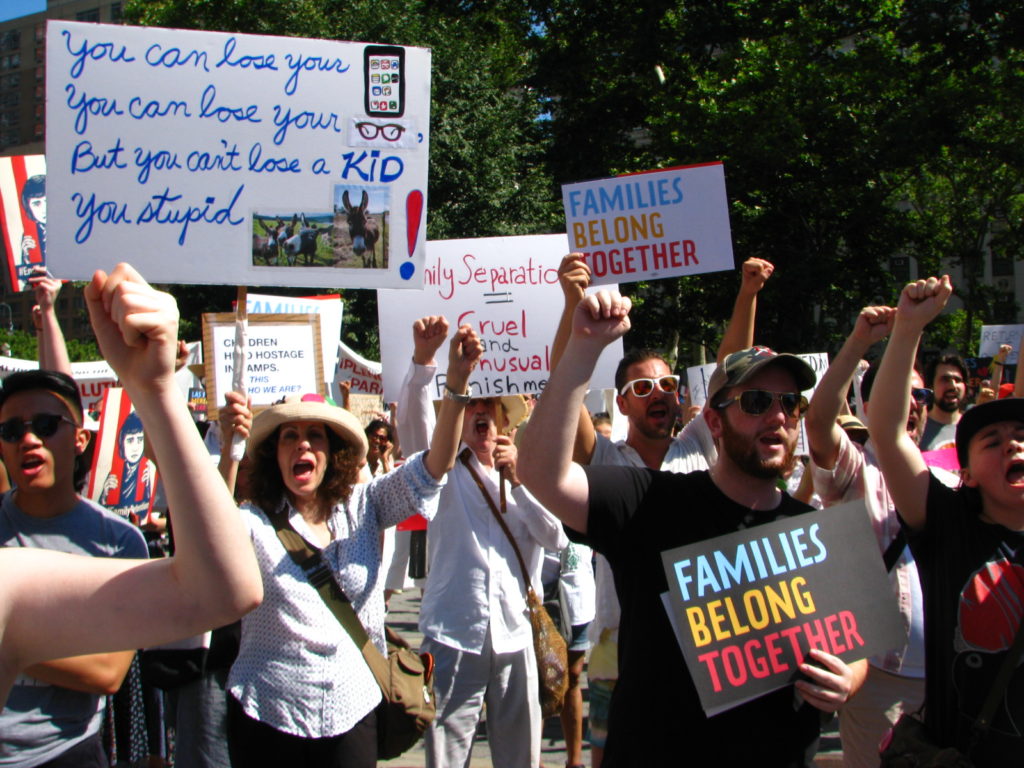 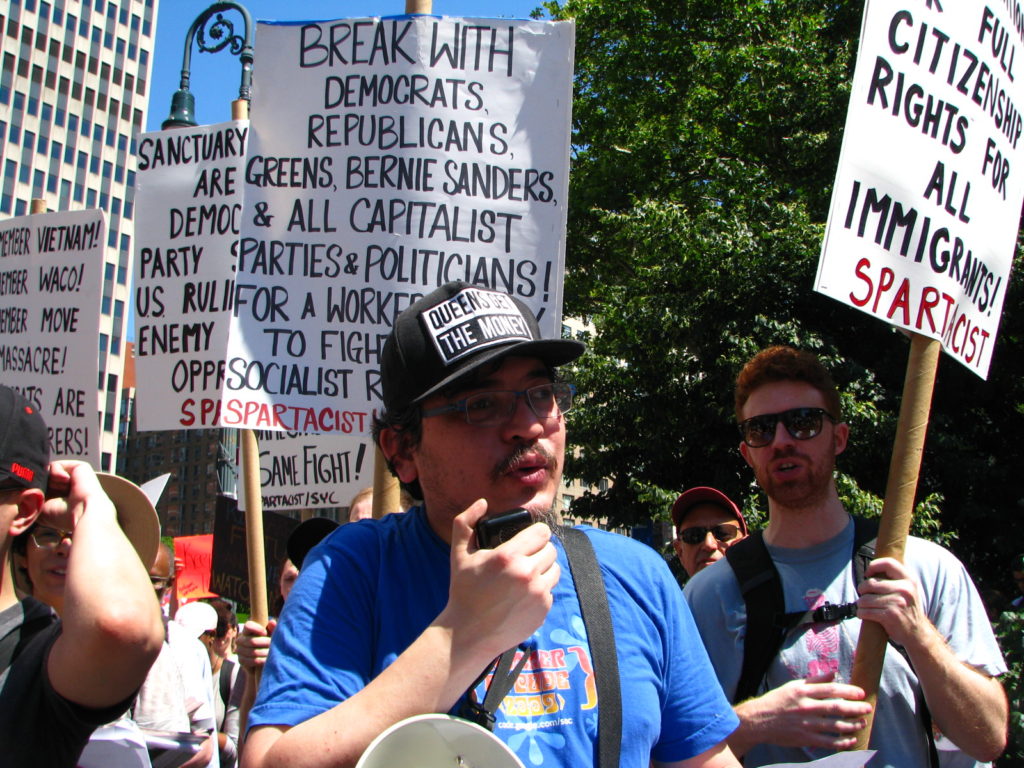 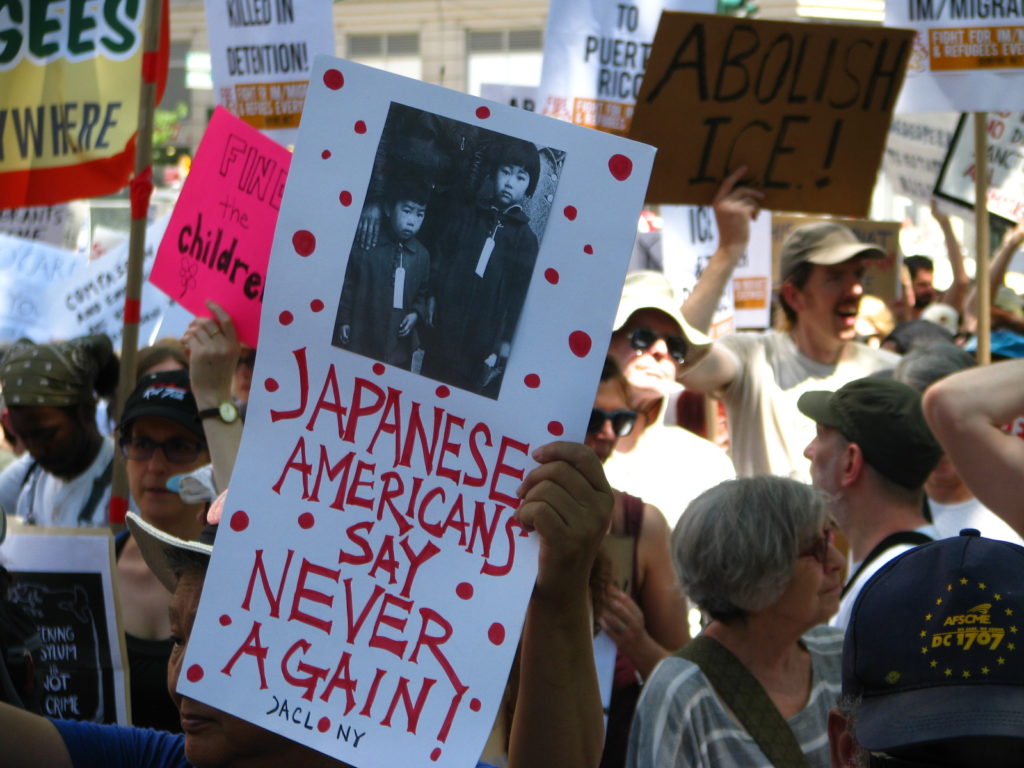 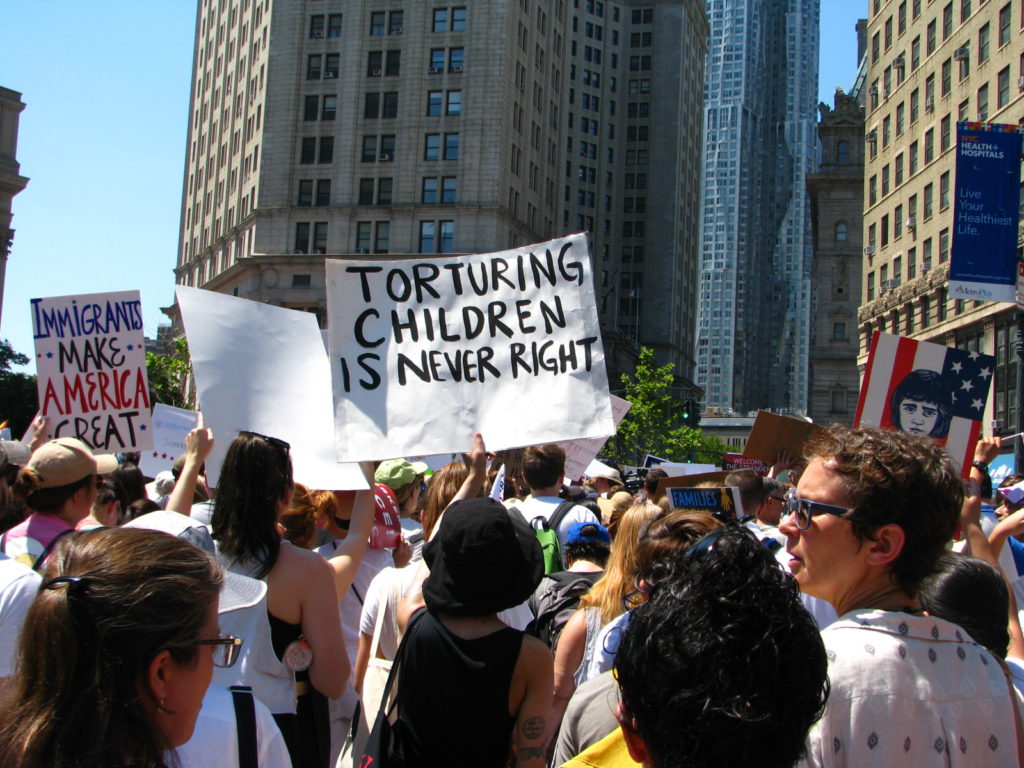 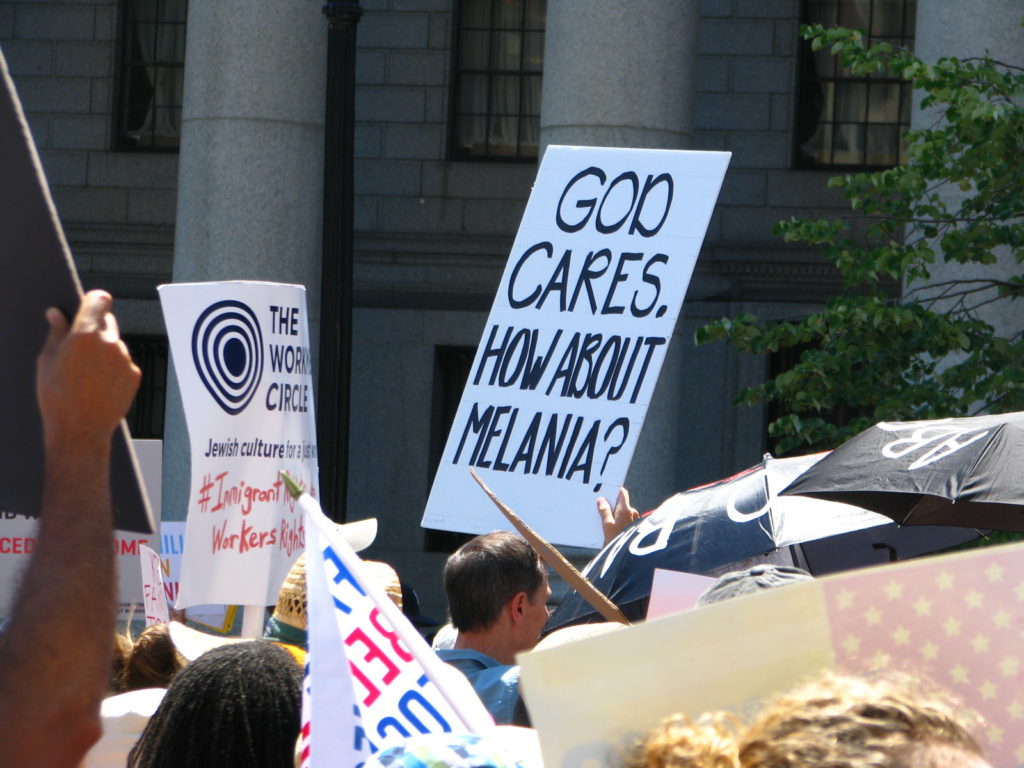 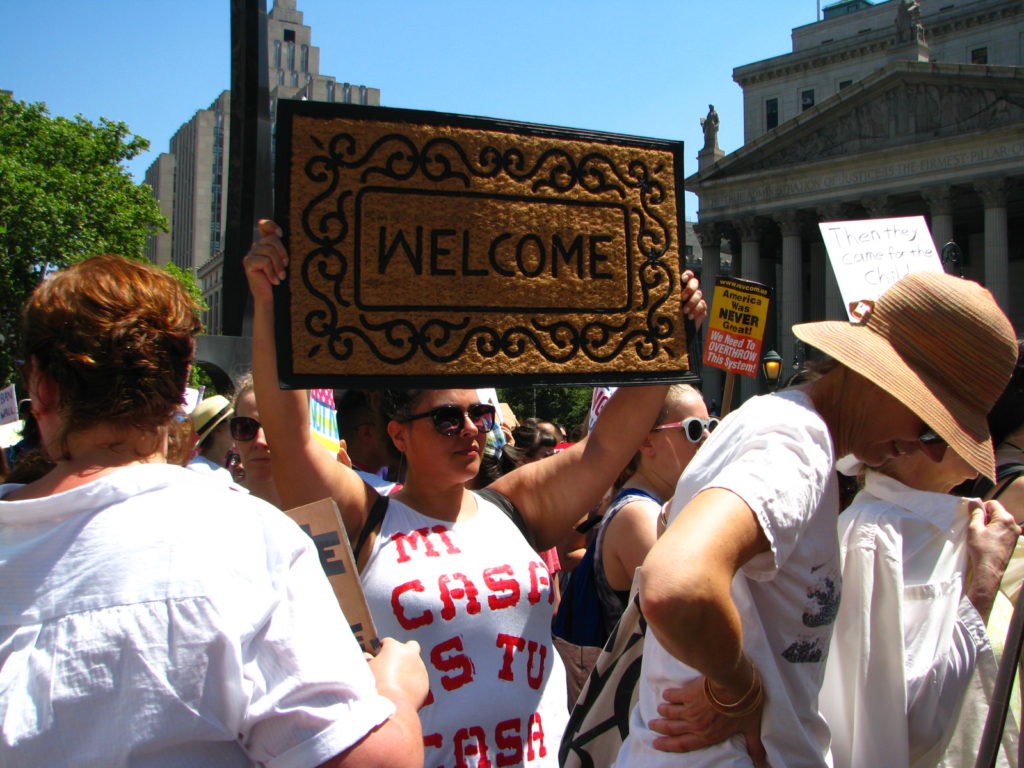 **The people quoted here are not necessarily Catholic, religious, or affiliated in any way with the Dominican Sisters of Hope. They simply attended the Families Belong Together march.