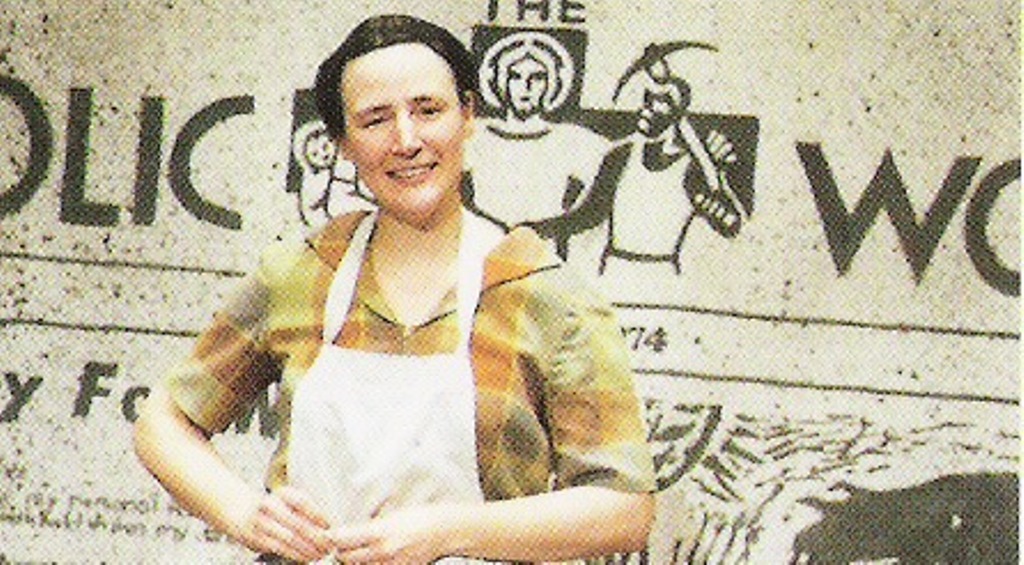 Lisa Wagner-Carollo always knew she wanted to be an actress. At five years old, she had her father repurpose an old television set so she could use it to act out scenes with marionette puppets. She used the set to put on plays for her neighbors in her backyard or in her basement. Her passion continued through high school when she performed in various plays and musicals.

As she delved deeper into her creative talent, though, Lisa’s life changed. She discovered God at fifteen years old when she attended a religious retreat with a friend. Although she was brought up Christian, the retreat’s emphasis of God’s presence in daily life touched Lisa deeply, as it still does today.

“I didn’t really know until that retreat that Jesus could be a part of my daily life,” Lisa said. “That just blew me away. I fell in love with God, really.”

Suddenly, acting in itself wasn’t enough. This newfound spirituality nurtured in Lisa a desire for ministry in addition to her ambition for an acting career.

“I started thinking through high school about going into ministry, my new passion. Yet, I was loving theater,” Lisa said. “As I went through college, I was searching for a way to bring these things together.” 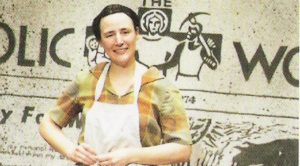 She worked to combine the two through serving as an Assistant at L’Arche, an international federation with a spiritual focus for adults who are developmentally disabled.

After graduating from college, Lisa put on plays with the adult “core community” and just “hung out with them,” she said, speaking fondly of that time in her life. As she pursued this ministry, Lisa still yearned to incorporate theater into her life more.

When she attended a talk about Dorothy Day, she finally met her match. Lisa was instantly drawn to the life and message of Day, who spent forty-seven years living with the poor and challenging the U.S. Government to halt acts of war.

“I could relate to her frustrations, her struggles. I felt this bond,” Lisa said. She went to the library the next day and rented three books on Day’s life. Eventually, she joined the Catholic Worker Movement in Chicago, a social-justice movement co-started by Day, and lived in the Catholic Worker house for two years. But she didn’t let her connection with Day stop there.

“Dorothy’s story was the kind of story I really felt called to show onstage,” Lisa said.

“Her story was the kind of story I really felt called to show onstage,” Lisa said.

In one case, after seeing “Haunted by God” in Vancouver, a group from the audience was inspired to open a Catholic Worker house in the city. The house is still thriving; Lisa has since visited and stayed in it. But the show is not only for Catholics.

“Dorothy Day’s journey wasn’t all smooth sailing, but none of our lives are. We need to find the sacred in all of our experiences somehow.”

Integrating her love of mission and social justice, Lisa puts on the show for diverse audiences: she has performed it for women recovering from drug addiction as well as audiences in state prisons and county jails. She hopes that the sacredness of Day’s message and life will touch, and maybe even heal, a variety of audiences.

“I pray that seeing Dorothy’s journey helps people to reverence their own journeys,” Lisa said. “Dorothy Day’s journey wasn’t all smooth sailing, but none of our lives are. We need to find the sacred in all of our experiences somehow.” 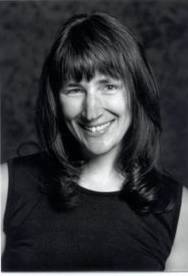 When asked about the continued success of the show, Lisa attributes it to the truth of Day’s preaching.

“So much of what Dorothy stood for and what she tried to say is just true,” Lisa said. “We need to be aware of people who are suffering. We need to find Jesus in people who are on the margins. You feel nailed to your chair [when you hear this message] because you know it’s true, and, yet, so few people will say it.”

Dorothy Day had the guts to say it. Now Lisa Wagner-Carollo does, too.