Five Questions from Our Interview on “Inside Amy Schumer” 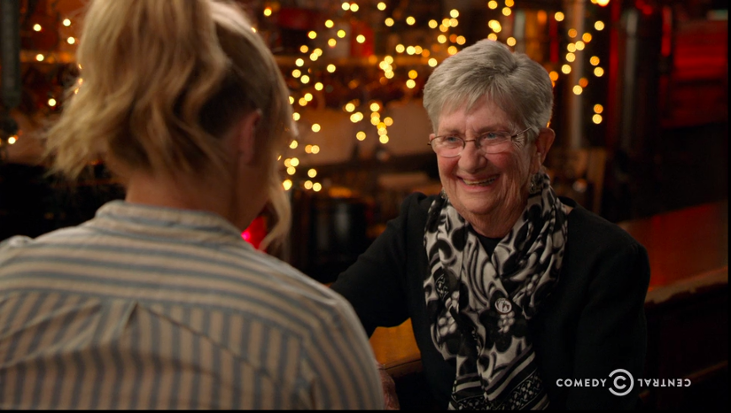 Last night, Dominican Sister of Hope Mary Alice Hannan, OP appeared on “Inside Amy Schumer” (no, this isn’t a joke). During the “Amy Goes Deep” segment, Amy Schumer asked Sister important questions about what it means to be a Catholic Sister. We are thrilled with the interview (#AmySchumerRocks), but we realize that the short segment might leave folks with a few questions.

We’ve answered our most frequently asked questions below. For more on Sister Mary Alice Hannan, check out this video on what gives her hope as a Dominican Sister of Hope:

Below, we answer why Sister Mary Alice was wearing a pin instead of a habit, why sisters don’t have romantic relationships, and what it means to be a Dominican Sister of Hope. 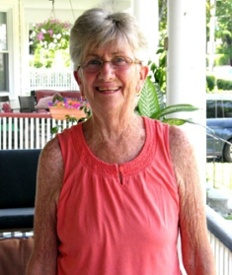 Amy’s first question was on-point: where is Sister’s habit? We’ve all seen the traditional nun dress, but you won’t find any the Dominican Sisters of Hope wearing it. The Second Vatican Council (1962-1965) prompted many Catholic Sisters across the country to think critically about why they wore habits in the first place: they found that, mostly, it was due to outdated thinking. Because sisters minister to the people on a level of solidarity, they feel that

they are meant to wear the modern dress of the day. So, while you won’t see many Dominican Sisters of Hope in Gucci or Prada (they take a vow of poverty, after all),  you will find them in modest, contemporary dress, like what Sister Mary Alice Hannan wore on the show.

When Amy asks about her lack of a habit, Sister Mary Alice is quick to point out her pin. But what is the pin, exactly? Sister Mary Alice’s pin is the logo of the Dominican Sisters of Hope: it contains the Dominican shield (a parted black mantel of the habit on a white field that has helped establish awareness of the Dominican Order since the 15th century), a cross (these are Catholic sisters!), and the word “hope” inside a circle that symbolizes unity and movement.

Of course, there’s much more to the sisters than just their logo. Sister Mary Alice is one of 160+ Dominican Sisters of Hope who live in fifteen states and Puerto Rico. Although this group initially comes from teaching and nursing congregations, the Dominican Sisters of Hope now have a variety of ministries from book authors to physical education teachers to carpenters to community organizers to social workers (like Sister Mary Alice, who started a homeless shelter for young moms and currently lives in it).

When a Sister takes vows, she vows poverty (not to have any of her own money, but to give all of her earnings to the community), chastity (not to have romantic relationships, but to devote herself fully to those she serves) and obedience (to be committed to the community and to do what’s best for the congregation). She doesn’t, however, promise that she’ll work in one ministry for life! As such, our sisters have long histories of switching careers and pursuing their vocations in a variety of ways.

Catholic Sisters believe that, when we have romantic relationships, we can’t help but devote ourselves to those relationships. However, sisters live their lives fully for others, in ministry and communion with those around them. As such, they are devoted to the communities in which they live and serve, and the religious community of which they are a part (in this case, the Dominican Sisters of Hope!). In order to fully be committed to those around them, they do not date or have romantic relationships: this is a vow they discern for five years before professing it finally when they enter religious life.

4. How Did This Sister Get on Amy Schumer?

Amy Schumer was looking for a nun, and we’re so glad we connected with her. That girl seriously knows what’s good.

Like many Dominican Sisters of Hope, Sister Mary Alice is retired. For her, that means living full-time in the homeless shelter she started and working in a soup kitchen in her spare time. Where does she get money to live? Sisters give all of their income to the congregation and don’t have any private accounts or funds, but, in turn, the congregation takes care of each sister financially. Basically, healthcare, housing, transportation, and living expenses are covered. So, as Sister Mary Alice noted, this allows each sister to focus on her ‘calling’ and devote herself fully to her ministry without having to worry about her salary.

In Sister Mary Alice’s case, this financial freedom allowed her to pursue her dream of working with the homeless. After earning her MSW from Hunter College and serving as an Director of Volunteers at Convent House, she served as the Executive Director of Part of the Solution in the Bronx and then opened her own shelter in New Rochelle. Two years ago this weekend, Sister Mary Alice was awarded an honorary doctorate from Fordham University.

Which brings us to our main point: although they have different lifestyles, maybe Sister Mary Alice and Amy Schumer aren’t so different, really. After all, they’re both women who chased their ambitions uninhibitedly and ended up with pretty awesome lives.