For more than 70 years, Sister Gertrude carved out her legacy (via The Anchor) 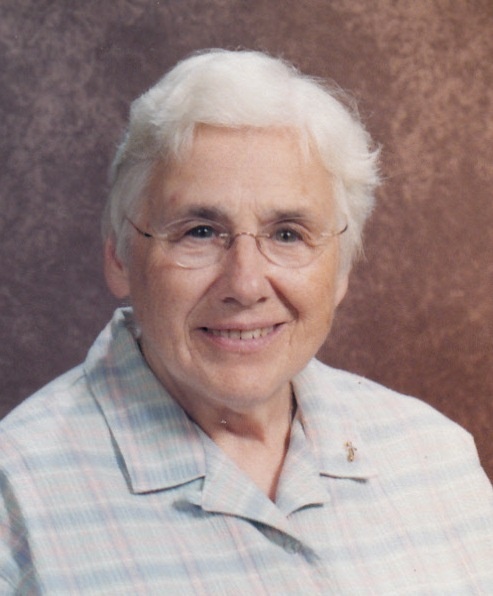 Below is an article about her featured in The Anchor.

FALL RIVER, Mass. — This past May, Sister Gertrude Gaudette, O.P., celebrated 70 years of being a Sister (first with the Dominicans of St. Catherine of Siena, and now with the Dominican Sisters of Hope). A true “renaissance” nun, her innate do-it-yourself attitude coupled with an amazing artistic flare can been seen in the pieces of her artwork in permanent residence throughout the Fall River Diocese, including schools, parishes and the National Shrine of Our Lady of La Salette in Attleboro.

A local paper quoted her in 1985 about her choice to enter religious life: “The generosity of the Sisters had a tremendous impact on my life as a teenager. In my eagerness to repay their kindness, I attempted projects of which I knew next to nothing and, to my surprise, succeeded. I began to realize that Spiritual life is not apart from the rest of existence but an important dimension of everything one does. I will never know why God chose such an ordinary person to live this witness called religious life, but I do know that I have found a mysterious richness here.”

Throughout the years, she has won numerous awards for her carvings, including “Best of Show.” She has also been featured in the newsletter of the New England Woodcarvers,Spirit of Wood, which referred to her as one of the groups “finest members.”

Sister Gaudette explained her passion for woodcarving: “God gave me talents, and I feel His pleasure when I use them and share them with my students.”

This article was officially published in The Anchor, the official weekly Catholic paper of the Fall River Diocese. The full story on Sister Gertrude is available here.