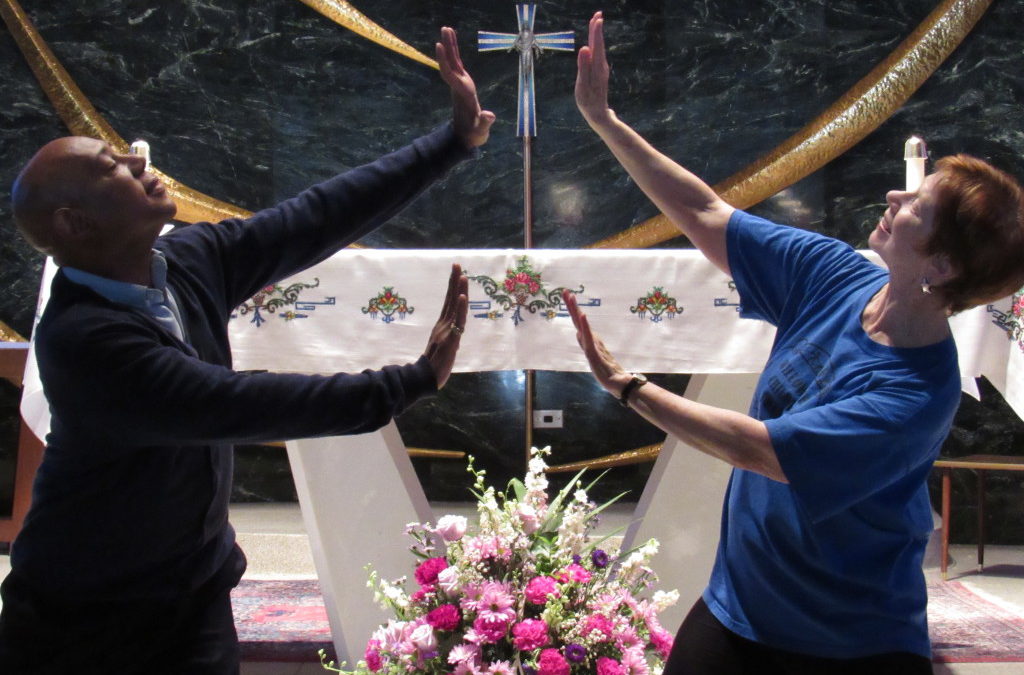 In the chapel at Mariandale, Betsy O’Neill and Charles Epps move freely, gracefully, and slowly at the foot of the altar. Their hands reach to each other and away, then out to the audience and down to their sides. In rehearsal, their dance is done without music or strong lighting, but it’s captivating in its simplicity.

The dance, they say, is to bring others peace and joy, and to help attendees access the Eucharist and prayer service.

“It’s not performance,” O’Neill notes gently but firmly. “We use our gifts as performers to highlight the liturgy.”

Dance is, for this pair, a way to access their faith.

Over the three-day Triduum retreat at Mariandale, which Epps and O’Neill both attend, they will dance during the Holy Thursday, Good Friday, and Easter Vigil liturgies.

On Holy Thursday, their dance accompanies the processional (they also serve as participants in the washing of the feet and as artful ushers in leading a procession).

On Good Friday, their dance to a Chopin prelude serves as a meditation in lieu of the homily after the Passion.

On Easter, the “Joy in the Light of the Morning” dance serves as a Gloria, a celebration of the resurrection.

For the pair, spiritual dance has been a journey to a way to express their own faith. Raised Catholic in Texas, Epps was admitted to the Juilliard school of Dance before he was asked to joined the Alvin Ailey American Dance Theater. With Alvin Ailey, he traveled around the world performing a dance called “Revelations,” which was based on spirituals.

For Epps, the theme of “Fix me, Jesus, I want to be ready to go up to heaven and put on a white robe,” exemplified in the music helped him to delve into his own spirituality. He saw first-hand the peace and joy that the dance brought to audiences across the world, and he decided that he wanted to continue to tap into that joy. 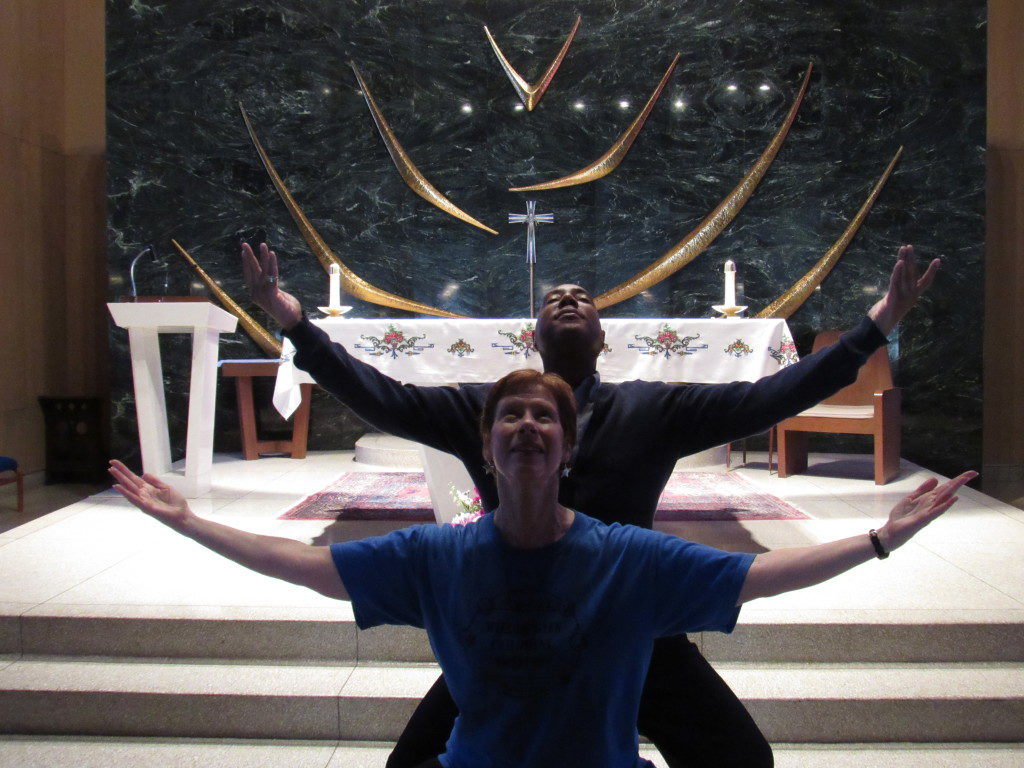 After leaving Alvin Ailey, Epps performed in several Broadway shows and shared the stage with Tina Turner, Michael Jackson, and Cher (this wasn’t the first time he performed with Cher—at the age of ten he made his debut on the “Sonny and Cher Show.” At fifteen-years old he appeared in the movie “Fame.”). In addition to teaching, choreographing, and performing, Epps also joined the Sacred Dance Guild.

At a Blessing of the Artists at his home parish, the Church of St Malachy in New York City, Epps met O’Neill for the first time. A dancer herself with a MA in Dance Education from NYU and a professional dance background, O’Neill expressed interest in sacred dance. 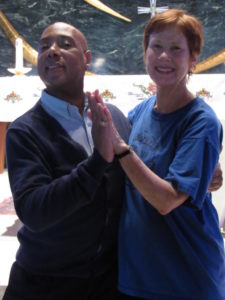 She had been confirmed as an adult, and now considers dance an “especially meaningful” way of expressing her faith.

“I’m blessed to be able to express my faith through movement,” she said.

Epps agreed. “We each had gotten to the point where we were the best dancers we could be professionally,” he explained. “Now we want to transfer our talent to use it to serve the Lord and enhance the mass and service.”

The two have been dancing together since 2009. Together, they have danced in retreat houses, worship services, concerts, and they even present workshops (they are excited at the prospect of teaching anyone interested –dancers or otherwise– to pray with their bodies).

However, they feel that dancing during the Triduum days at Mariandale is a special opportunity for them as dancers and as faithful people.

“Good art creates good liturgy, which creates strong faith,” O’Neill noted. She has directed retreats in the past, and she now serves as the President/Coordinator of the Sacred Dance Guild NY/SW CT Local Network.

“We hope this will enhance prayer,” she added. “We want to give people peace and well-being this Holy Week. We want to use our bodies to highlight what Jesus was going through at this time.”