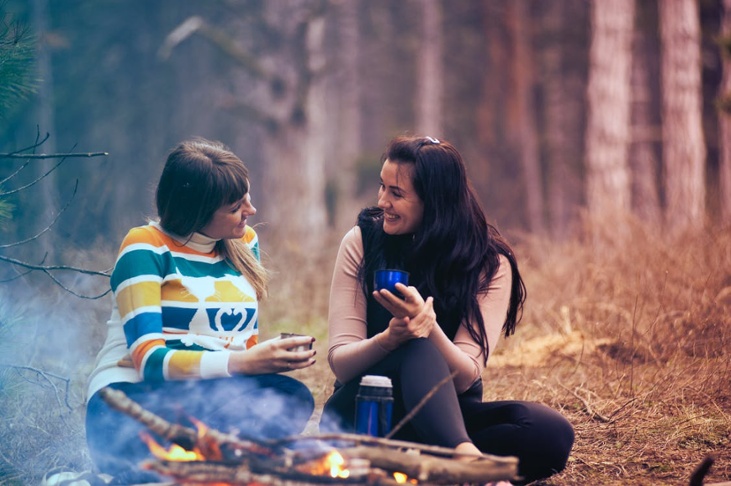 When Dominican Sister of Hope Marie DiCamillo passed away last month, her friend Dominican Sister of Hope Peggy Devlin wrote and read the eulogy for her funeral. In it, she depicts a life lived communally before the internet and without luxuries. Yet, far from dull, Sister Peggy’s account is a poignant tale of true friendship that lives on. Below is her full eulogy.

The manager of a small Catholic radio station was asked at his retirement party to reflect on his life’s work and sum it up in ten words or less. “l’ve just treated people better than I treat myself,” he replied, humbly. It was a simple-but-accurate response for a life well lived and a job well done. Notice that this man’s ethos went one step further than treating others as he wanted to be treated. Instead, it calls for treating them better than we want to be treated. This is incredibly in-keeping with the spirit of Christ’s greatest commandment and even beyond: a reflection of how Jesus lived his life.

In reading this story, I couldn’t help but be reminded of the woman whose life and ministry we celebrate, Sister Marie DiCamillo. This quiet, unassuming woman religious was, to me, the true living out of our Dominican motto: Contemplato et contemplare oliis tradere, to contemplate and give to others the fruits of our contemplation!

In the mid 1970’s, a spiritually powerful book appeared with a strange name: A Woman Wrapped in Silence. The author was John Lynch from Albany; the book was a 200+ pages poetic tribute to the Blessed Mother. Marie would be the most surprised to hear me describe her in those terms. But, that’s exactly who Marie was, a woman wrapped in silence. Never one to want centerstage nor the limelight. Instead, she went about treating others BETTER than she treated herself.

Marie and I shared life and community for a number of years at St. Mary’s in Gloucester City. For me (and others) it was my best experience of community. It was a prayerful and caring community, but it was a FUN group. Snow days meant preparing for a party; somebody’s birthday or feast day meant a mystery ride in two or perhaps three station wagons to a restaurant, planned by Sister Lisa (now Mary Feigen). Mrs. DiCamillo, Marie’s mother, prepared Sunday afternoon dinners; she took over our kitchen and never allowed any of us to help. The not-to-be-reproduced prayer services in various languages prepared by Sister Mary Gerald: my part in Gaelic; Marie’s in Italian; Ann Jude in Slovak; Lisa in Hebrew; Marie Jeanne in French; and Mary Gerald herself with a realistic British accent!

They were good days, but not without the sad ones. In particular, I remember so clearly the time when Marie’s mother was in the hospital and was ready to be discharged. I didn’t want Marie to go alone and so I accompanied her. As we got to the room, we were told that her mother who was all dressed to leave, died suddenly! It was a scene that stayed with me.

I always thought of Marie as a true educator, rather than just a teacher. That word comes from the Latin: e-ducare, one who draws forth. The connotation of teacher is one who has knowledge sharing it with others; on the other hand, the educator is one who draws forth from others the infinite potential placed there by God. That was Marie. When she left elementary school, she took a leap of faith and went to Lakeland Hospital to be a reading tutor to indigent patients. What a sacred ministry, and she loved it; she found her niche. How many lives she touched and enriched. It reminds me of the Scripture passage that tells us that “… those who teach others shall shine for all eternity!” I can almost see that shining star right now.

Her retirement years were not all that kind; her memory lapsed and the Marie we knew withdrew to another place. But, now it’s over and she is reunited with her loved ones who went before her.

Marie, I leave you with these consoling words of St. Paul to Timothy: “You were poured out like a libation. The time of your dissolution is here. You have fought the good fight; you have finished the race; you have kept the faith and a merited crown awaits you!”

Marie, receive that well-deserved crown and rest in peace. 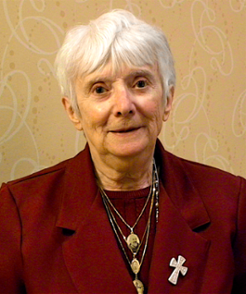