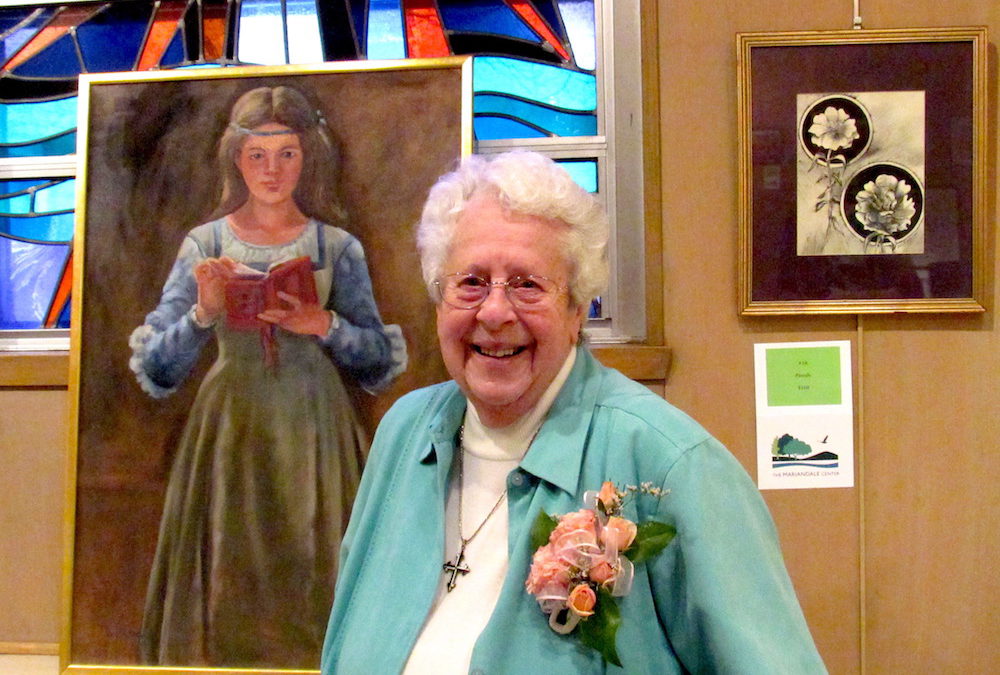 “I feel that I was born with a crayon in my hand,” Dominican Sister of Hope Sylvia Bielen, O.P. says.

This weekend, The Mariandale Center celebrated her lifelong commitment to art in many forms —including painting, calligraphy, and watercolor— at her art show, Passages for Eye and Mind.

Sister Sylvia has been interested in art since she and her sister used to color as children. In high school, she gravitated toward art classes. However, her passion for art was soon stifled: when she entered the convent, a mother superior caught her doodling on her letters home.

“The superior called me to her room and said I’d better stop drawing on my letters, because people will think I have nothing to do,” Sister Sylvia recalls. “That drawing was my outlet. But it wasn’t understood.”

So, mindful of her vow of obedience, Sister Sylvia packed up her pens and art supplies in her trunk. Her only creative productivity for years after was decorating the bulletin boards in her classroom or making flyers at school.

“I thought ‘Well, I guess God doesn’t want me to create art,’” Sister Sylvia remembers. “It was a time of obedience: the spirit tells you to do something and you do it.”

She went on to earn her Masters in Art from the University of Notre Dame, and an MFA in Design from George Washington University. She has given lectures and workshops in spirituality and art at The Mariandale Center, Wisdom House, Linwood Spirituality Center, and the Desmond Campus Extension. She spent four summers in Mississippi conducting art workshops for the resident teenagers, and attended an art workshop in Ireland.

“Giving up art was a real difficult thing to do, and yet, in the time since, I’ve often thought how God has blessed me,” Sister Sylvia says. “I gave up art for a short time, and look what I got after it: years and years of art!”

Now, in her nineties, Sister Sylvia is mostly retired from creating art. She lives by the sea in Asbury Park, NJ and spends her time studying the light and the waves.

Yet, she still remains a creative at heart, and she was delighted to rejoice in that this past Sunday at her art show at Mariandale.

“God is the creator, and he’s given me a little share of His creative power,” Sister Sylvia says. “It’s so much a part of me that, even if I’m sleeping, I’m dreaming about creating art. I can’t get away from it. It’s been a lifelong love.”

Below are photos from Sister Sylvia’s art show opening and reception on April 15th. Her artwork will be on display for the public at The Mariandale Center through May 31st. 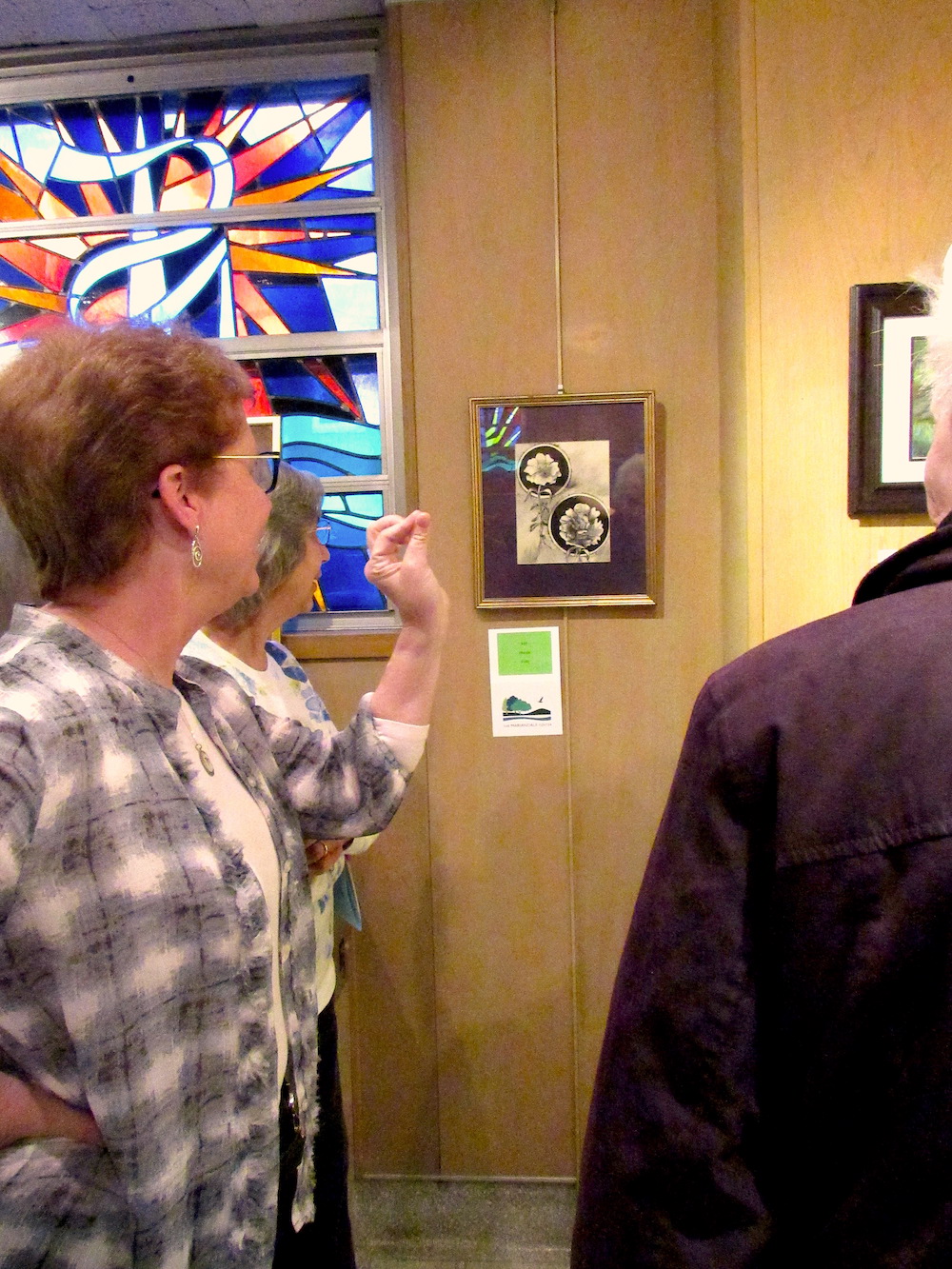 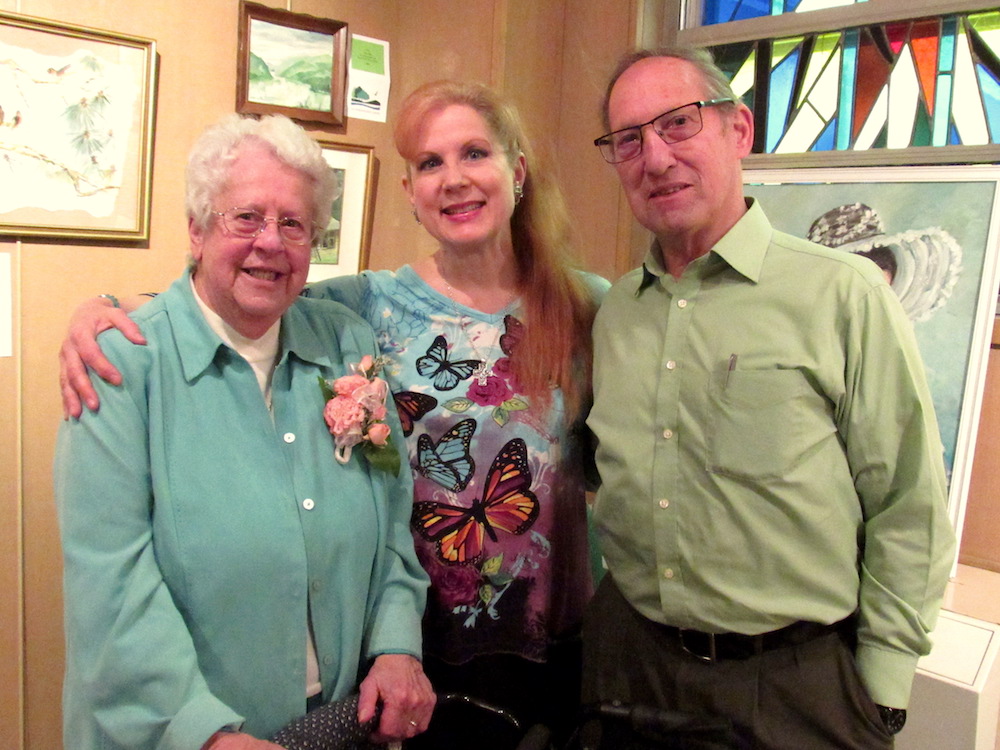 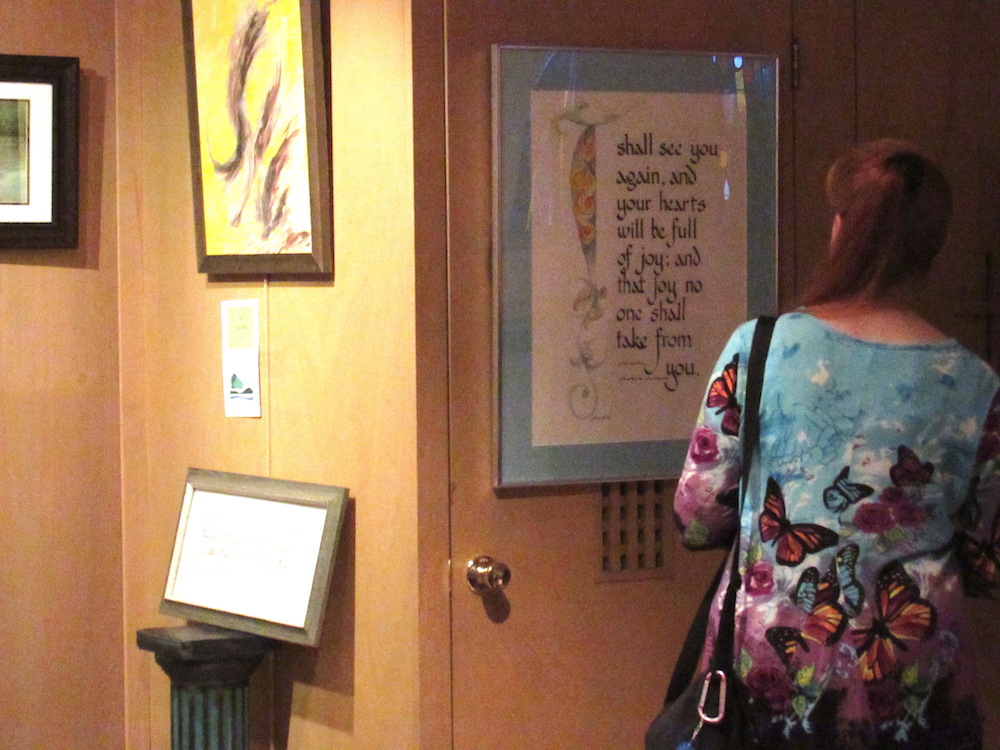 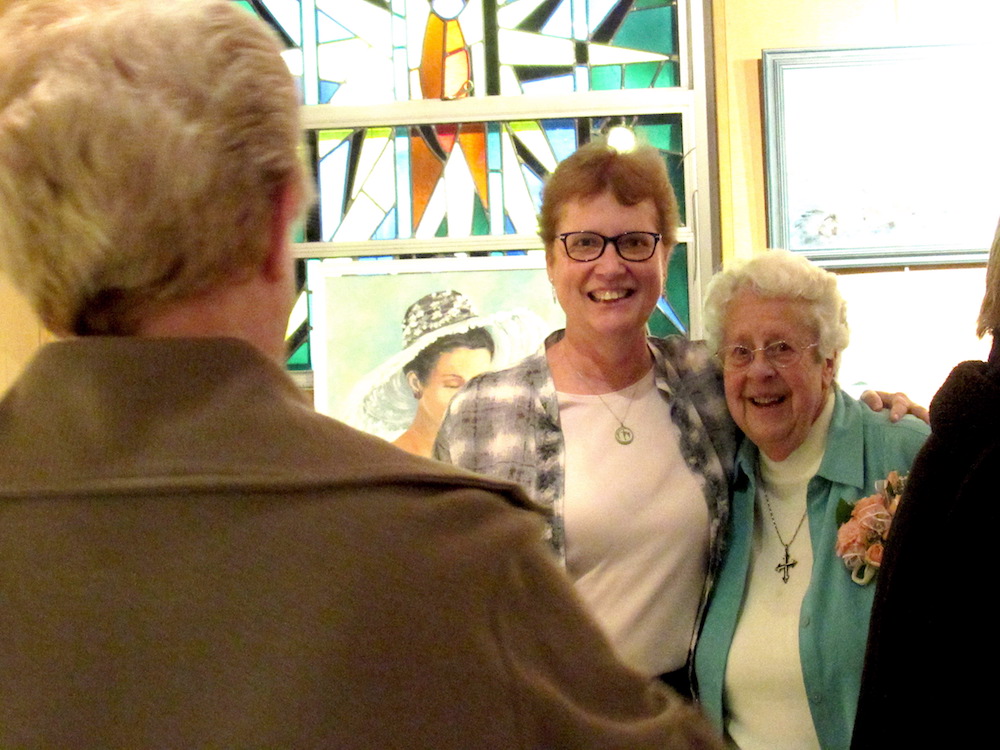 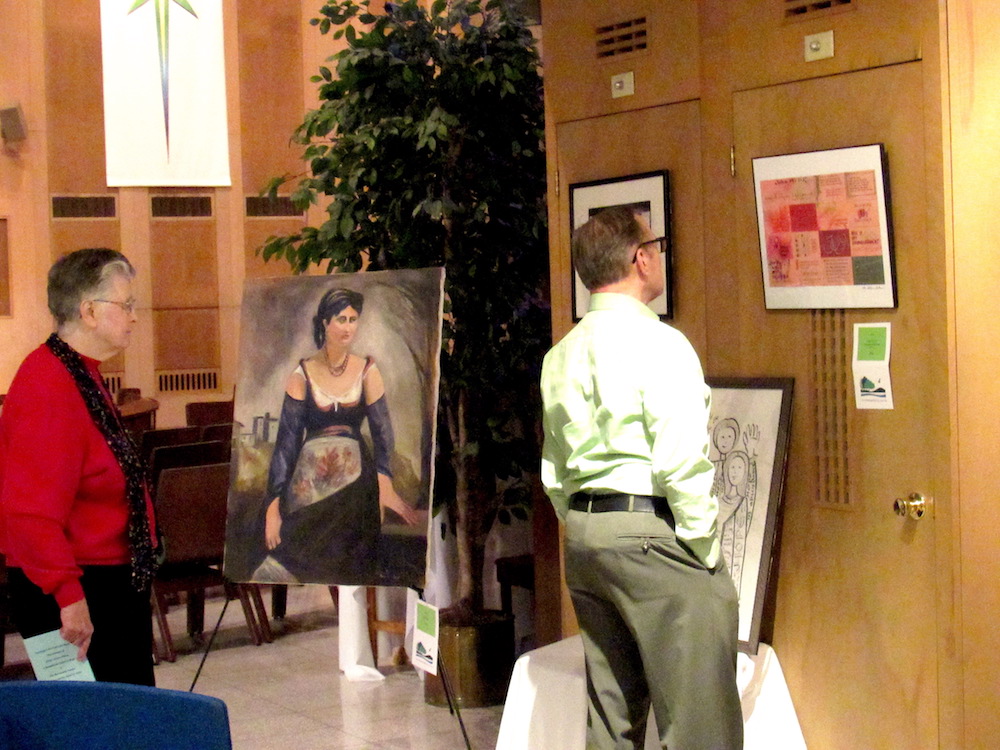 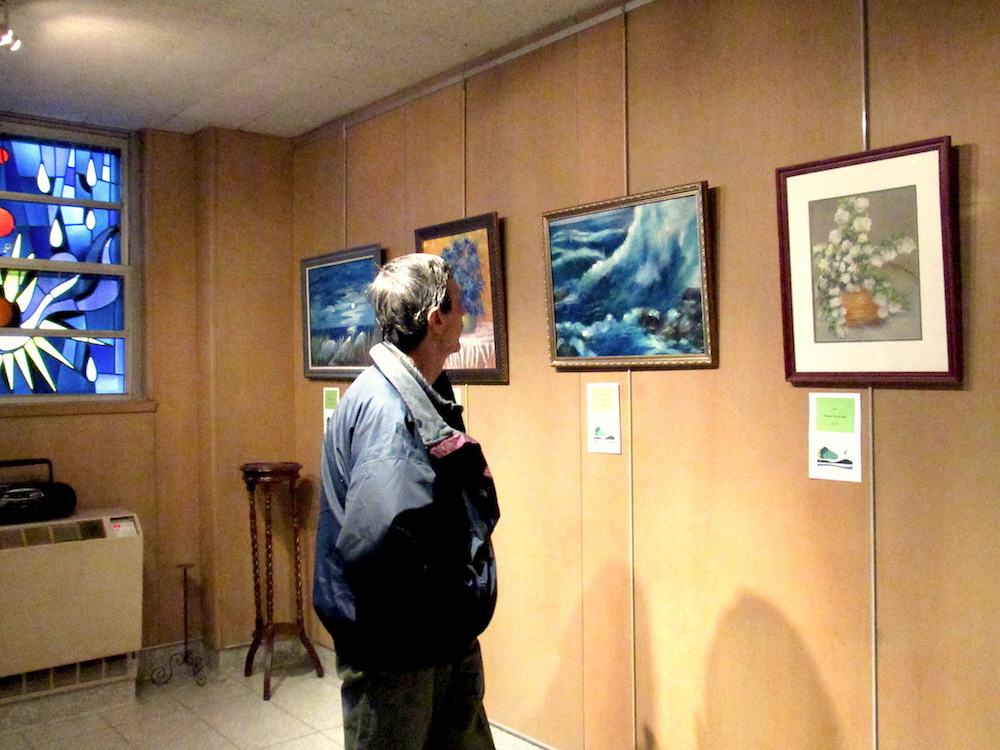 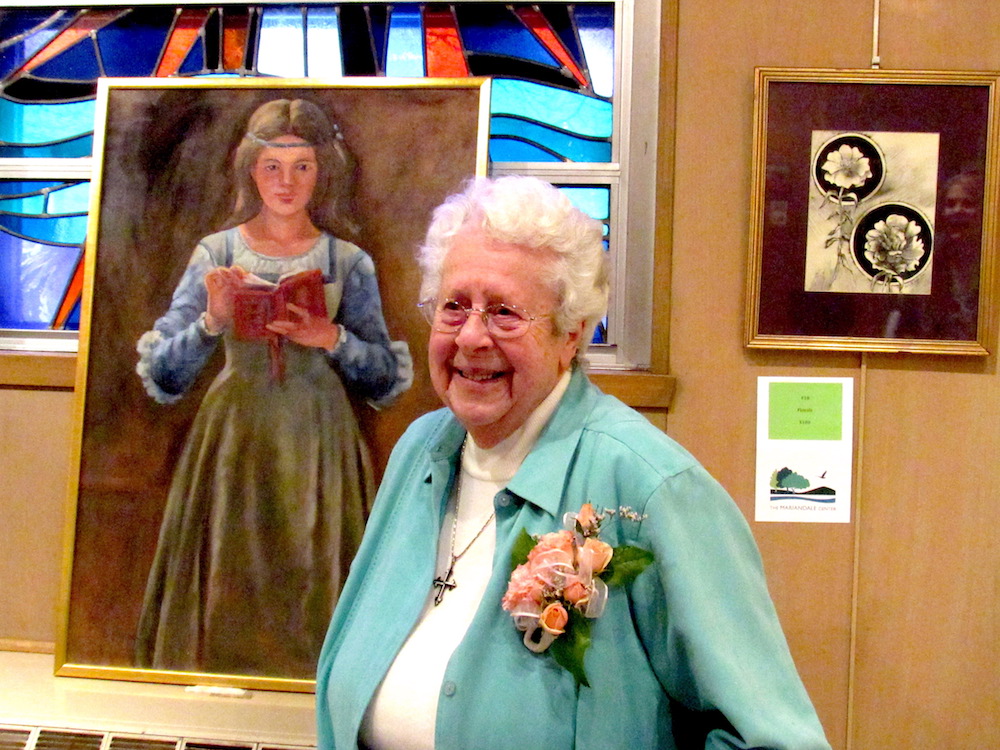 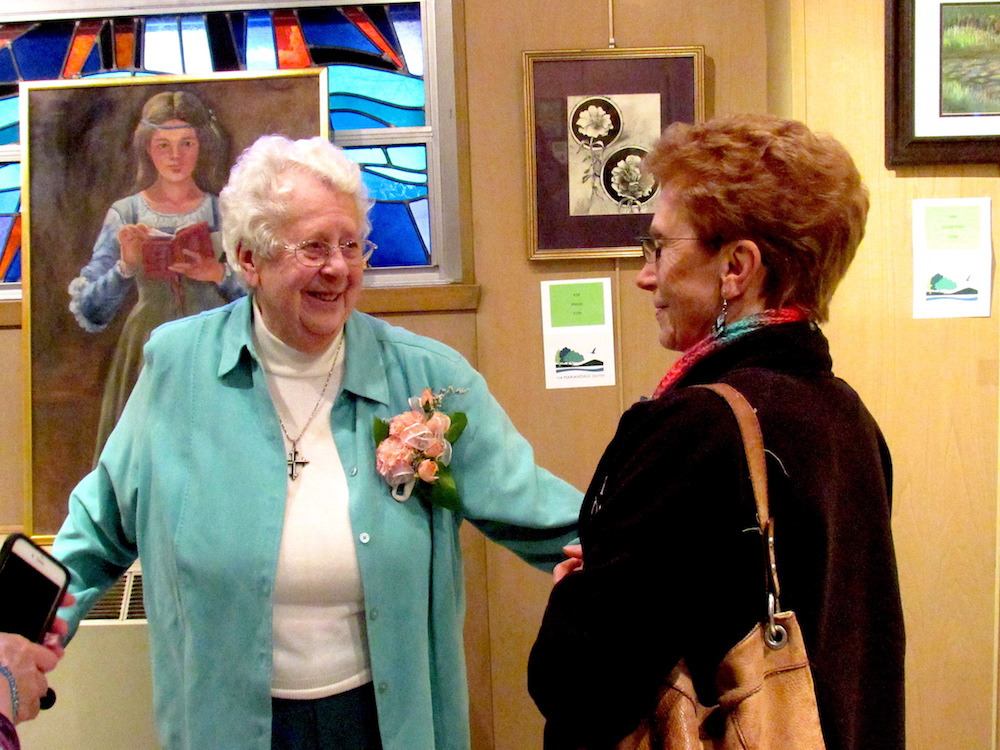 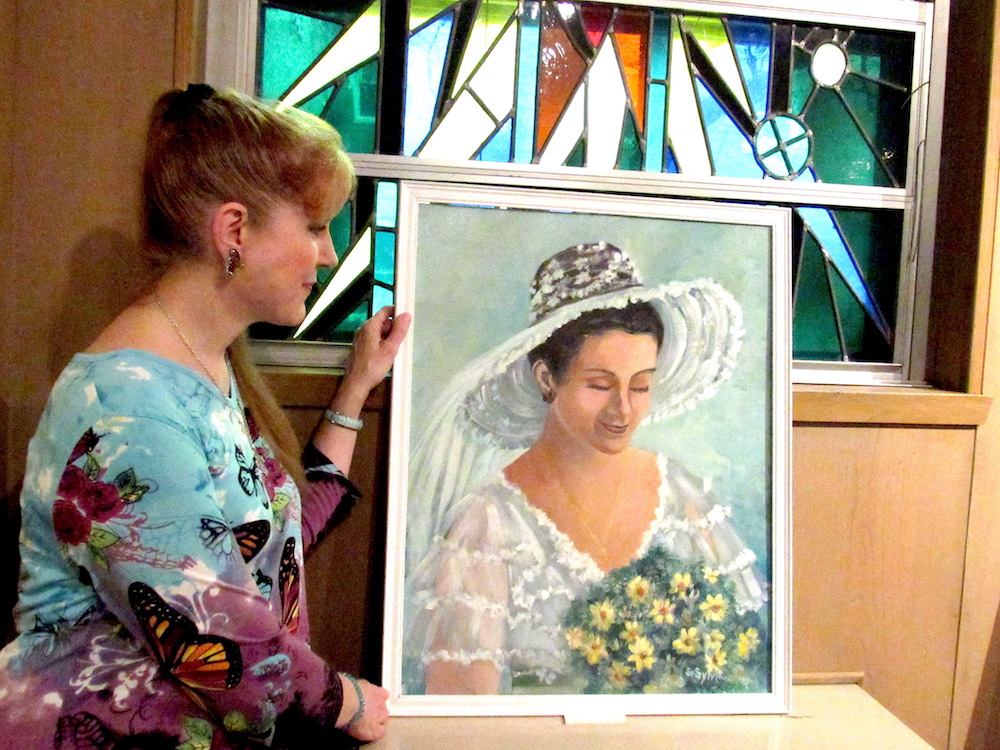 Cynthia Daubman of Poughkeepsie, who met Sister Sylvia in 1978 at a Bible study, poses with a portrait of herself on her wedding day, painted and gifted to her by Sister Sylvia. 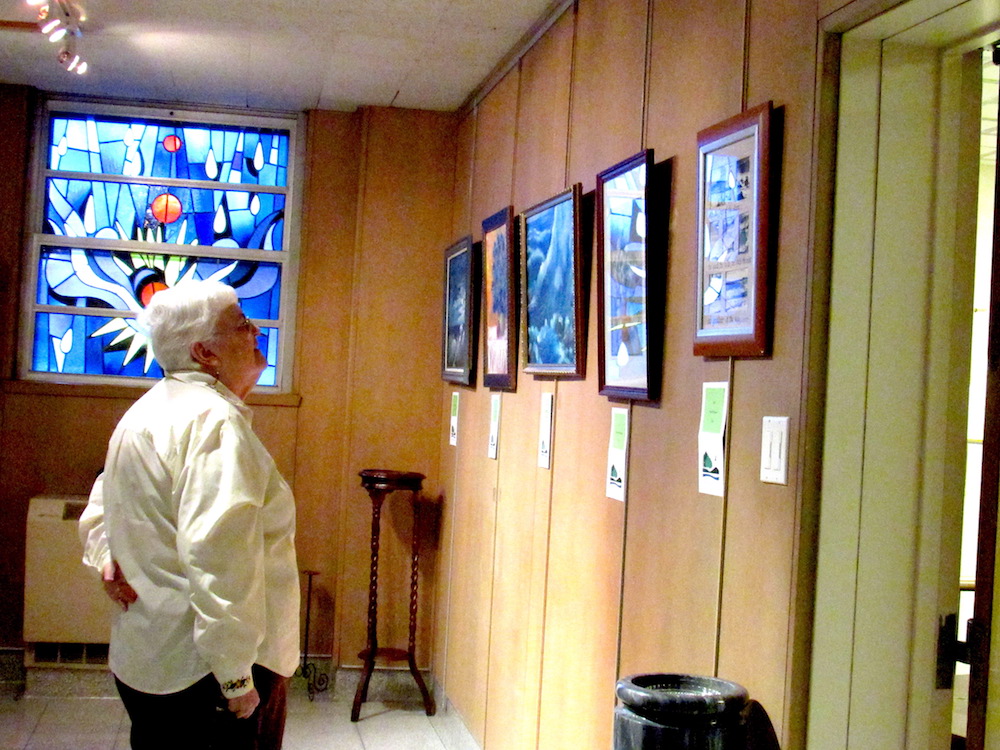 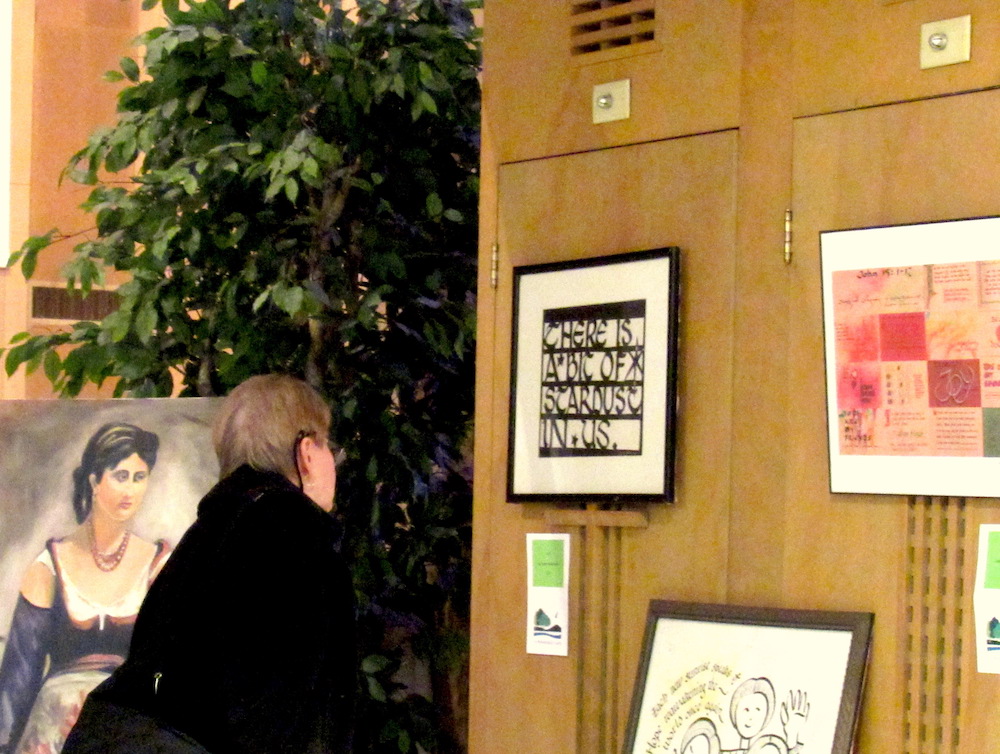 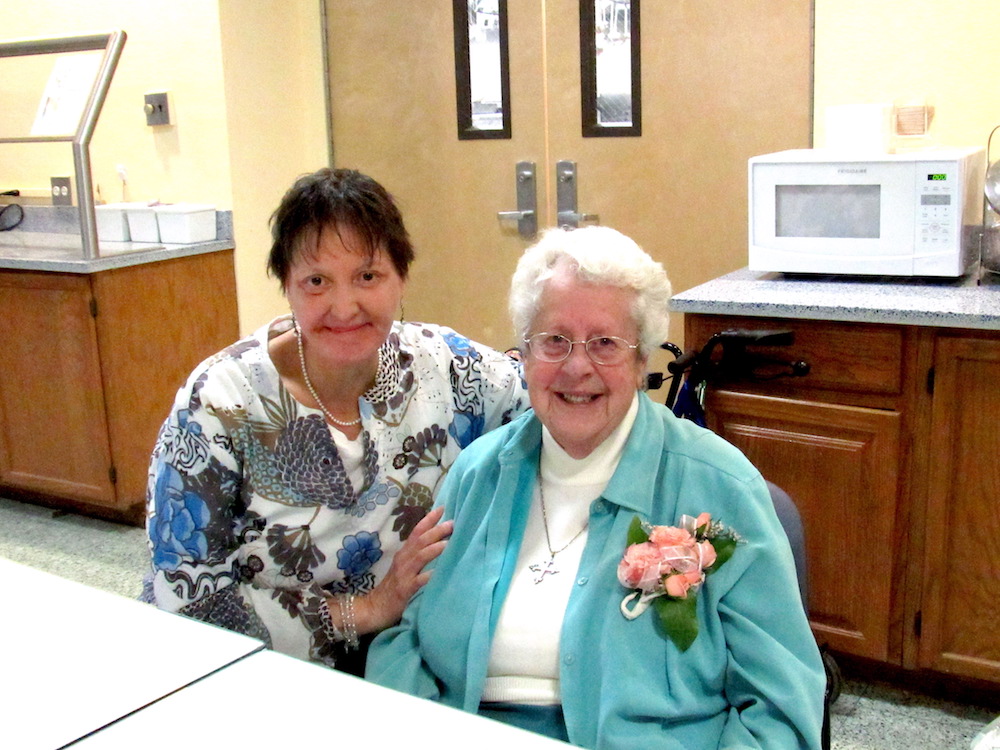 Sister Sylvia’s artwork will be on display for the public at The Mariandale Center through May 31st.