Hope in the Breach – All that Could and Should Be 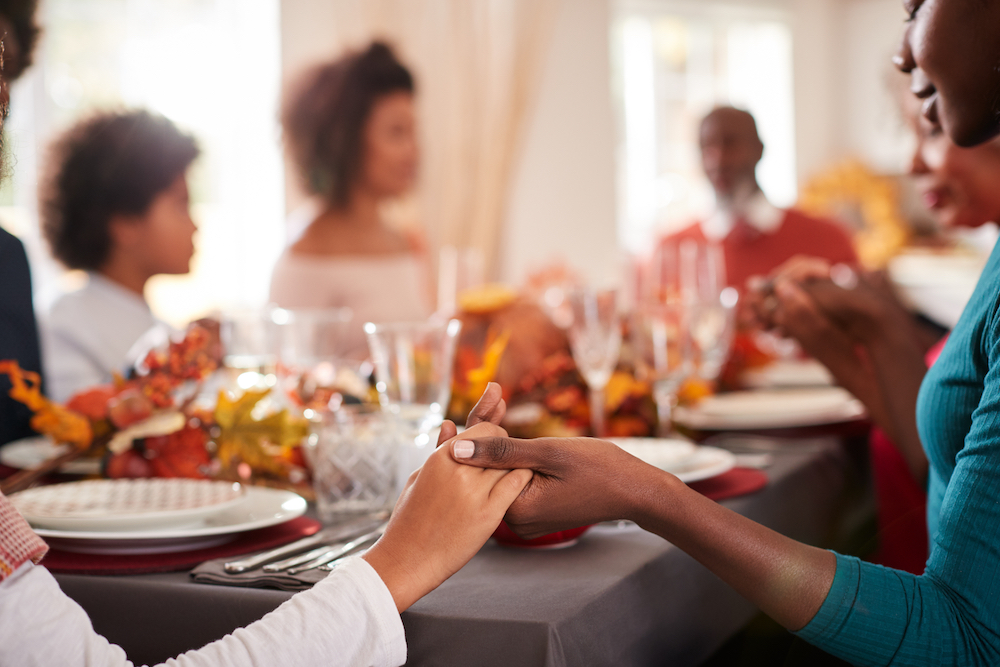 November 3, 2020 – Election Day, the day that this country has been gearing up for since Election Day 2016.  Four years of unsettling anxiety, apprehension, bitter fragmentation, family division and drama.  And now, at long last it’s over.  Or is it?  Election fatigue, anyone?

Recently a friend shared her vision of a post-election world in which we would speak with one another out of compassion, not conflict. We would lay down our defenses without passing judgment on fellow citizens who voted with priorities so different from ours – for starters, no smug or patronizing tone or “talking down.”  Instantly ready to fight for all I hold dear, I vehemently replied “No way am I ready to go there. What those people advocate is the exact opposite of my entire value system, and I will not compromise that.  They’re so extreme, I do not even want to try to understand where they’re coming from.”

In that moment I spoke the truth of my anguish, and yes, my own election fatigue, but in many a moment since then I have wondered about myself.  Am I stuck in a closed, defensive posture that refuses to make room for a perspective beyond my understanding?  Have I come to regard a political opponent as an enemy, and am I refusing, or at best resisting, a call to conversion? As a member of the Hope family, am I genuinely committed to moving beyond my personal comfort zone as a first step toward desired transformation and systemic change? (A paraphrase of Extended Leadership’s June statement regarding racism, which I believe offers a wealth of additional applications.) In this reflection, I will share some of the terrain over which this experience has led me to greater Hope.

First, leaning left or right, no matter which position reflects your political views, the election results were what you wanted and the results were what you didn’t want – that is, each side gained some ground and each side lost some ground.  (For the left, there is a new President-elect, a few states adopted long-advocated progressive legislation, and several states returned to their former “blue” traditions or newly flipped from “red” to “blue.”  For the right, new seats were gained in the House, and at the state and local levels, where major decisions are made, many leadership positions were secured. As for flipping the Senate, Georgia’s outcome is so tight that we must await the results of a special election in January.)  So, after these four distressing years, what do we have to show for ourselves?  We have arrived at a place where, winners and losers all, we are each experiencing some mixture of victory and defeat, gain and loss, determination and dismay. Without believing in one another, we do not know what to do with ourselves.

Ironically, these win-lose truths may be our clearest common ground. We all carry a shared sense of woundedness and need for healing, and deep within we know intuitively that something has gone terribly awry. We are not “one nation under God.”  How, then, do we move toward our God-given call to live in community with other human beings, let alone with all creation?  We begin by owning our individual responsibility in this discord, and we choose – over and over and over and over again (you get the idea!) – to live in Hope.

Parker J. Palmer challenges us with this perspective: Hope is holding in creative tension all that is, with all that could and should be, and everyday taking some action to narrow the distance between the two.  (See, for example, his Facebook post on October 20, 2020.)  Of course, “all that is” is so much larger than our election fatigue.  Just to name a few daily realities in our polarized culture, there are: racism; the Covid pandemic and other unmet healthcare needs; economic, housing, and educational disparities; the pressing danger of climate change; and widespread gun violence. And suffice to say that our inspired visions of “all that could and should be” stand in direct contrast to these daily devastations.

As long as human nature has been a part of human beings – that is, since the beginning of our species! – we have dwelt in the distance between what is and what could and should be.  We have known nothing other than this gap, this breach, in relationships.  And now, on a far broader spectrum than politics or government, we find it nearly impossible to listen, really listen to — let alone respect — a position that clashes with ours.

In Isaiah 58:12-14 (excerpted), the prophet addresses this lived struggle and reminds us to live in Hope by becoming “repairers of the breach”:

The ancient ruins shall be rebuilt for your sake,

and the foundations from ages past you shall raise up;

“Repairer of the breach,” they shall call you, “Restorer of ruined homesteads”….

If you honor (the sabbath) by not following your ways,

seeking your own interests, or speaking with malice –

Then you shall delight in the Lord,….

Is Isaiah suggesting that our repair efforts must succeed in the full union of “all that is” with “all that could and should be”?  No, I don’t believe that Isaiah – or God, for that matter – evaluates our human works by their end result.  Rather, we are to take two courses of action: first, approach a breach in which we participate (rather than pretend it’s not there or otherwise avoid it); and then, with sincerity of heart, let go of our own agendas and resist our reflexive tendencies toward ego, self-interest and malice toward whomever we’ve defined as “other.”  This, in Palmer’s context, is “taking some action to narrow the distance between the two,” and he invites us to do that not only on the sabbath but “everyday.” Wherever we find ourselves in breach, and that is unique for each person, our work is to be about the repair and rebuilding of communal relationships, lessening estrangement rather than adding to it.  And then, in God’s own way and time, what seems impossible – reconciliation – God makes possible.

I now recognize that my friend’s insight, as well as my defensive reaction, opened up a greater consciousness of how slippery a slope it is to get stuck in self and then to be seduced by a flawed sense of righteousness. And I wonder now, with new eyes and on my way to a softer heart, how often might I be ruled by a closed mind or a fear of honesty or vulnerability?  Do I really listen, with regard, to those with less formal education than I have?  Are some of my interactions pre-programmed by my clueless sense of white privilege and white “fragility”?  At a meeting do I automatically sit with people most likely to share my point of view, rather than opening myself to those who might disturb my thinking?  And what else is going on all around me that I am not seeing or hearing?  Quite clearly, election fatigue is but one facet of all that separates us from one another.

Indeed, the chasm is vast, and it is tempting to feel overwhelmed and powerless.  But wait a minute, Hope is an ever-renewable resource, always available for the asking!  Fortunately, it is no one person’s charge to resolve all the ills and injustices of this world.  But what is my charge is to move through my world view to let in grace, to listen and respect the surprising revelations in another person’s point of view, and to take some action that lessens the distance between what is and what could or should be. In other words, each day it is my responsibility, indeed my sacred call, to be a part, even some very small part, of repairing a breach and moving our broken world forward toward healing.  Dare we ask: what if each of us were to really live that way?  Can we imagine that?…

As we know, Election Day is not the only holiday that falls in November.  Next week is Thanksgiving, a day designed to celebrate the experience of different world views coming together in mutuality.  This year I am particularly grateful for the dawning awareness – and I must confess, the whisper of discomfort — I now carry regarding vulnerability, relationship and community.  May I be ever challenged to let go of personal comfort zones for the sake of repairing a breach.  May I grow in humility so as to greet new perspective as friend.  And may my life be rooted in Hope as together we move from isolation, conflict and division toward oneness, compassion and wholeness.  Yes, we can imagine that!

At 3 pm on July 20, 1995 the Dominican Sisters of Hope were founded. On July 20, 2019, we began our 25th year since our founding. We declare a YEAR OF HOPE! In celebration, we will share a reflection on the 20th of every month. This is the sixteenth reflection in this series. Read all reflections here.

Formerly a vowed member of the Dominican Sisters of the Sick Poor, Peggy McHale has been a Hope Associate since 1995 and is a member of the New Directions Community Chapter.  She is a graduate of Boston College and Columbus School of Law at The Catholic University of America. Following a judicial clerkship, her law practice included five years of trial work with the Maryland Legal Aid Bureau, focusing on landlord-tenant and child abuse and neglect cases, as well as five years as Executive Director of Legal Resource Center for Religious (now known as Resource Center for Religious Institutes) serving the legal education of leaders, treasurers, and civil and canon lawyers associated with  men and women’s religious communities.

The focus of her ministry, however, has been natural resource preservation, particularly water quality issues. Over the years, she drafted hundreds of legislative and regulatory initiatives, served as counsel to House and Senate environmental committees in the Maryland General Assembly, and was Maryland Attorney for the Chesapeake Bay Foundation.  Appointed by the Governor to chair the Critical Area Commission for the Chesapeake and Atlantic Coastal Bays, Peggy oversaw the overhaul of this State-local government partnership. She received two awards for this leadership, including recognition as “Admiral of the Chesapeake Bay,” which is the highest award given in Maryland for environmental protection work.  Since her retirement six years ago, Peggy has been  actively involved in drafting environmental regulations, as well as in various parish ministries, including pastoral care, education and spiritual development, and parish administration.