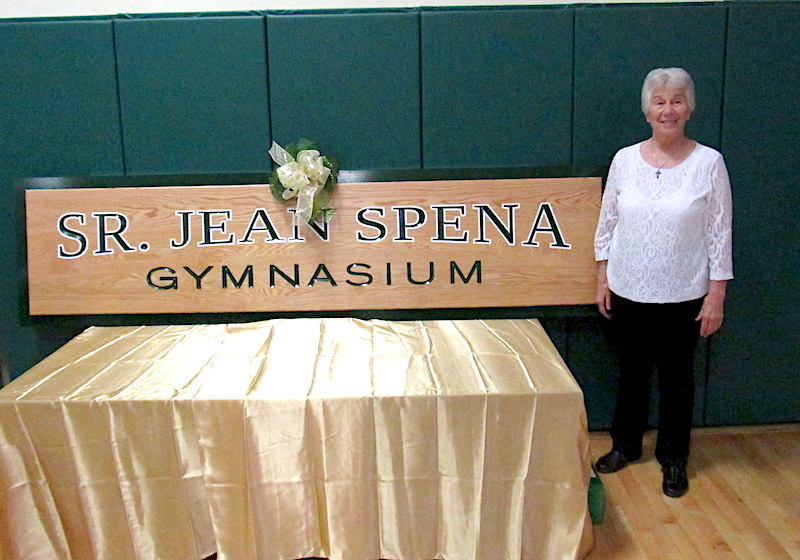 “She has been a coach, teacher, mentor, and friend. Thank you for pushing me to be the best I can be, especially at those times when I was closest to giving up.”

“At every turn, you wanted me to reach my fullest potential. In the moments when I was closest to my breaking point, closest to quitting, you were there.”

“We always won a lot with Sister Jean. But it was more about the life lessons we carried with us.”


How many teachers and coaches are granted an opportunity to be showered in appreciation and loving memories by past students? Such was the case for Dominican Sister of Hope Jean Spena, O.P. this past weekend when the Saint Joseph Elementary School gym, housing an athletics department that she started, was named in her honor. 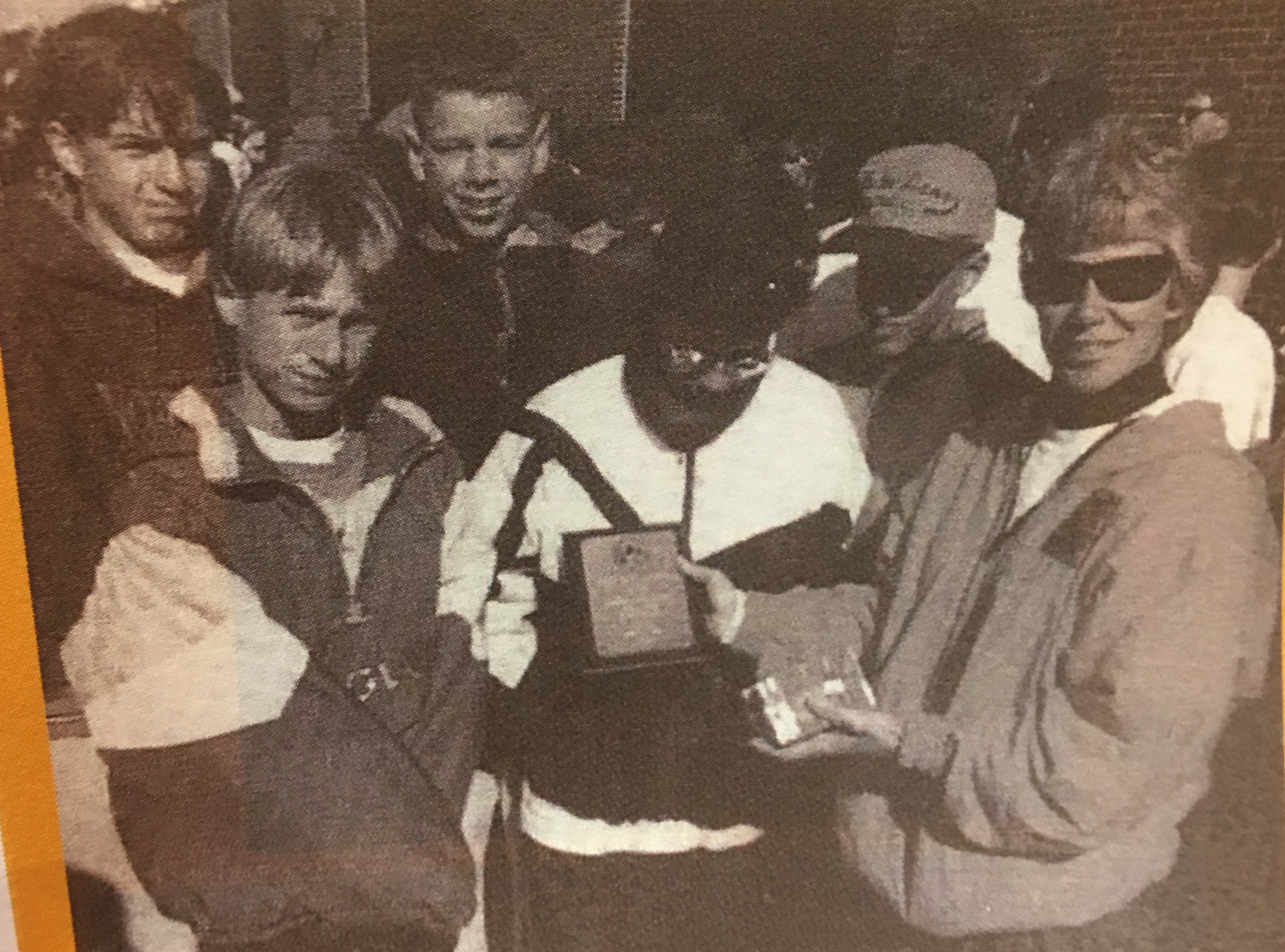 Sister Jean taught at Saint Joseph’s from 1971-2000. Although she began teaching English and religion, in 1972 she was granted permission to hold gym classes outdoors and, on rainy days, in the cafeteria.

From there, her passion for physical education and holistic health grew. She started competitive basketball, cross country, and track programs. 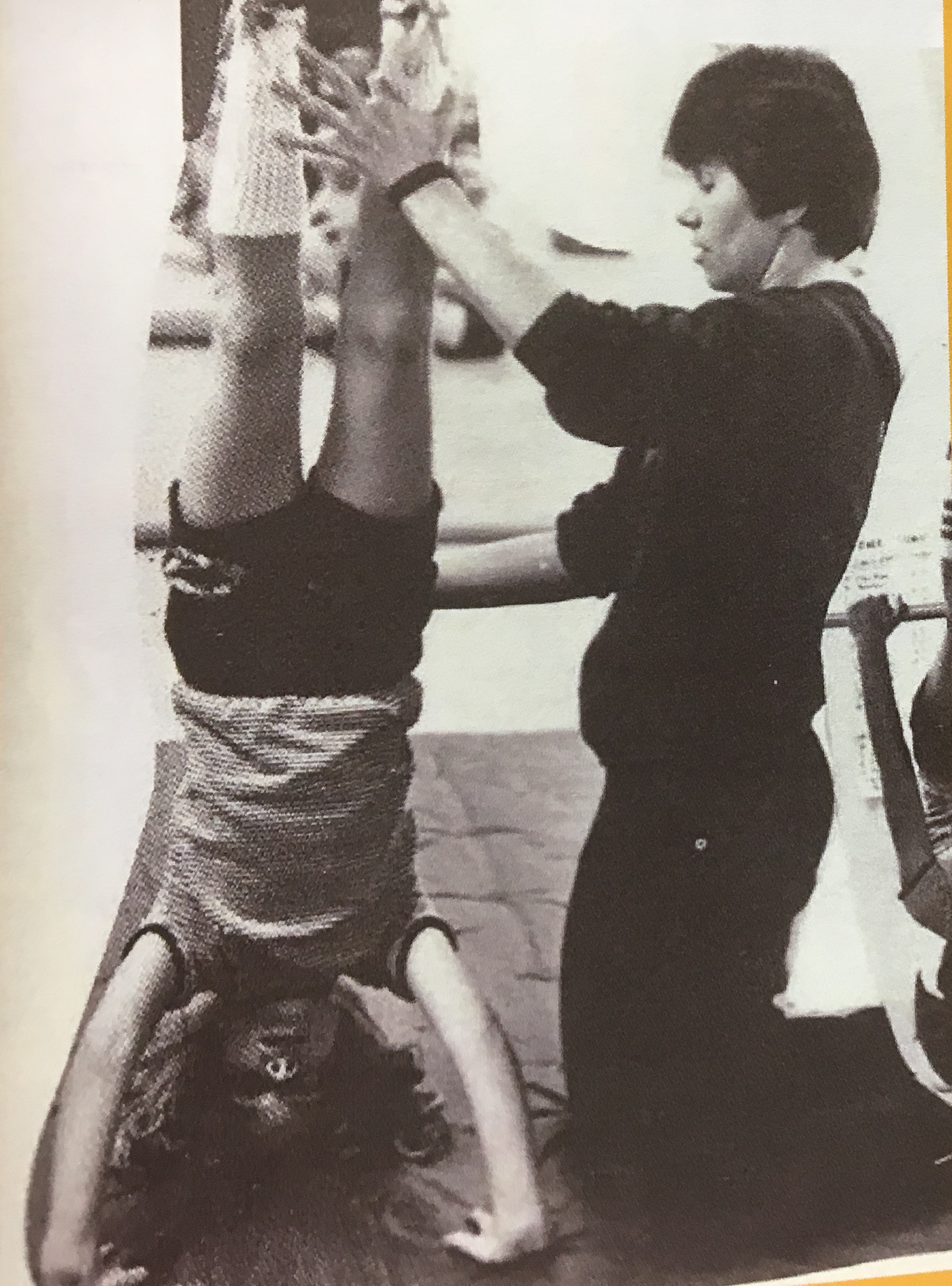 And, her teams had a reputation for winning.

Now, the gym that she built as a result of infamous spaghetti-dinner fundraisers officially bears her name. At the naming ceremony, alumni, fellow coaches, and even the principal paid tribute to Sister Jean’s dedication and hard work. Listening to them, it became clear that Sister Jean’s influence went beyond that of a coach.

“Coaching is a calling,”Robert Baroska from Monmouth Ocean Parochial Basketball League said. “Coaches must be teachers, mothers, and sisters. Sister Jean understood all this, and more.”

For Sister Jean, the day was humbling.

“This is one of the most awesome days of my life,” she said. “I really and truly am so humbled. I just feel so overwhelmed with great love and appreciation for those twenty-nine years.”

She continued, addressing the crowd of 300.

“I tried my hardest here,” she said. “I see that it does mean something to so many people.”

We are thrilled to celebrate Dominican Sister of Hope Jean Spena O.P. today, as the gym at Saint Joseph Grade School is named in her honor. Please join us in congratulating Sister Jean!

Posted by Dominican Sisters of Hope on Sunday, October 14, 2018