Secrets of a Secretary: a Vocation Story (with audio) 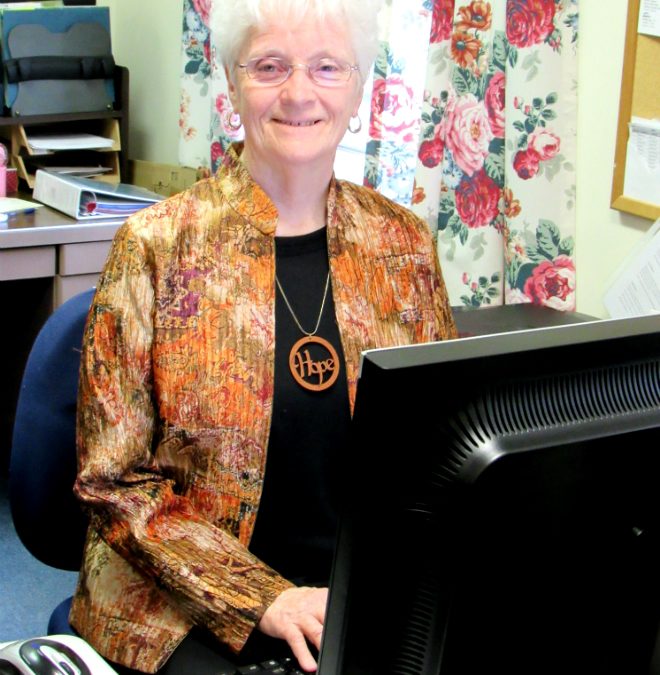 When Dominican Sister of Hope Jeanette Redmond, OP, entered the Dominican Sisters of Hope at twenty-one-years-old, she figured the congregation would make use of her skills as a secretary. She had already been a secretary for three years, and she liked it.

Yet, two days later, she was teaching. 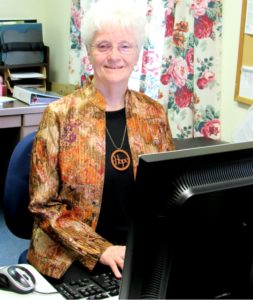 Dominican Sister of Hope Jeanette Redmond in her Mariandale office

Sister Jeanette taught fifth grade at Saint Joseph Elementary School in Toms River, NJ, from 1967-71 before teaching business at Pope Pius XII Regional High School in Passaic, NJ, until 1979. And then, just as she got a degree in education, she was asked to serve as the secretary for the congregation’s leadership team. The switch, for her, was a happy one.

“I paid attention as to how to teach, and I loved the kids,” Sister Jeanette shares. “But it was not a natural thing for me to teach. This, being a secretary, is natural. And I know that today.”

Sister Jeanette is quiet but cheerful; she speaks slowly and kindly with an air of deftness under her words. One look at Sister Jeanette in her bright office, or one soundbite of her smile over the phone betrays her: she isn’t a woman who burns daylight at her desk. She is a woman who loves her job.

Asking Sister about this confirms the suspicion, with one important correction.

For her, being the secretary to the leadership team is a privilege, and it also comes with a lot of responsibility.

“I love being at the hub of the congregation,” Sister Jeanette says. “Secretaries can be nice or not nice. I can make things hard or easy. I can do that. That’s why I pray a lot!”

And, while she says that her ministry is largely a happy one, she has some tricks for making tough days tolerable. In addition to being neat, organized, creative, and willing to learn new things, Sister Jeanette lists being defenseless, keeping confidentiality, taking breathers, being open to surprises, and praying often among her secrets to secretarial success. Moreover, she says that, as many people’s first contact with the congregation, she makes it her mission to see the face of God in everyone she encounters.

“I get emails every day. I get phone calls every day,” Sister Jeanette divulges. “How am I going to talk on that phone? Well, one thing I know as a secretary is, whenever you pick up that phone, you smile, because a nice voice goes through. I also try to see the face of God in every person I’m talking to.”

This post is in honor of Administrative Professionals Day. To hear snippets of Sister Jeanette’s interview, click on the audio links below.

Sister Jeanette on being a secretary:

On the rest of her life: