Earlier this month, the Westchester Land Trust (WLT) came to Mariandale to do their annual walk-through of the conservation easement with the Leadership Team. Karalyn Lamb, a local naturalist and photographer who works as a consultant with WLT came along. Karalyn has served on the board of several local conservation organizations and has lifelong ties to Mariandale, growing up in a local Catholic parish with Sr. Mary Ellen Elder, OP (1936 – 2004) as a close family friend.

Karalyn remembers making corsages for the Dominican Sisters of the Sick Poor at Thanksgiving and coming to Christmas teas at Mariandale in the 1970s. Her mother worked in the billing office of Dominican Family Health Services, and her sister worked at Mariandale as a receptionist. Since moving back to the area as an adult, and especially since the pandemic, Karalyn has come regularly to walk on the grounds. She’s taken many photographs of wildlife on the land – butterflies, bees, a bobcat, and many birds, including a great horned owl – and shared her photos as well as her thoughts on why our conservation easement is special.

KL: [You’re] in the intersection of two wildlife corridors. This is a major bird flyway, the Hudson River. You get ducks, and migratory songbirds navigating up and down the Hudson River. This is a stopover habitat. They’ll stop here and feed and rest and then keep migrating. You have so many warblers here during migration. 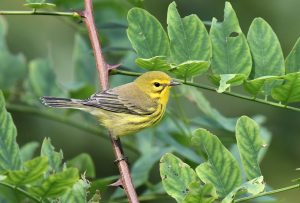 KL: You have breeding Baltimore Orioles here. They nest here in the summer. They migrate from Central and South America. So you’re providing a home for all these birds that not only are resident all the time, but who come from all these far foreign places. 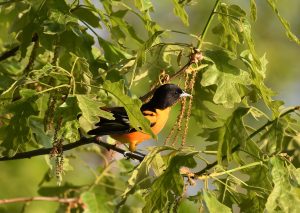 KL: This is like a refuge, for birds, and people, and animals. I was standing watching warblers one day, and [a bobcat] came and just looked at me. I had never seen one before. It stood and looked at me and then sauntered away. I was amazed, I didn’t have time to be afraid. 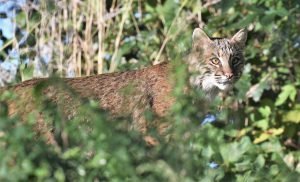 KL:  Animals and birds need places to move and migrate with the pressures of climate change. This habitat might seem small, but it’s an important link to wider corridors. This is part of the Hudson River Corridor. It’s linked to the Croton River Corridor through the Aqueduct.  I think to myself, how did that bobcat get here? What’s that bobcat doing here?  It’s not coming from downtown Ossining.  You’re connected to the forest block around the Croton Resevoir by the Aqueduct. Maybe the bobcat came from one of those larger forest blocks, and it came down the Aqueduct. Is it finding enough habitat here to actually survive? It’s possible because you’re linked to two other preserves.

KL: You’re also contiguous to Croton Point Park. That is an amazing habitat. There’s a lot of diversity. You’re linking with that for things like eagles and bumblebees. Bumblebees have a flight range of a couple miles. They’re sharing these habitats. The other thing that’s rare that I’ve seen here a lot is that Golden Northern Bumblebee.  At one time [the Golden Northern Bumblebee] was thought to be a bee that only had five populations in the whole of New York State. They’ve found that there are more populations, which is great, but they’re still not common. I know there’s a population at Croton Point, but I see them more reliably here. 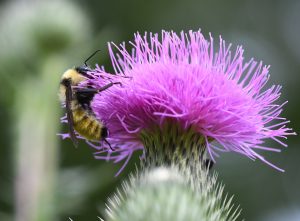 KL:  And part of the reason I haven’t been seeing them as much [at Croton Point] is because they herbicided and took away weedy things like vetch and red clover. But I see [those plants] in the labyrinth, and I see [them] in the meadow. And thistles, bees love those. One day there was a big flock of gold finches in that area. It’s because gold finches love thistle seed.

It’s a Place of Quiet Contemplation

KL: For me this is a place of quiet contemplation. It’s been a total lifeline through the pandemic. It has a kind of aura to it, that’s very special and kind of sacred, I think, even though I’m not a religious person. You can come here and quietly contemplate nature, which for me is just like therapy. For me, this has been a Godsend. 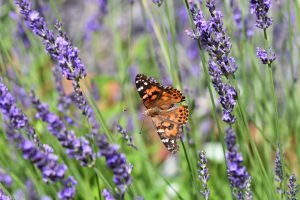 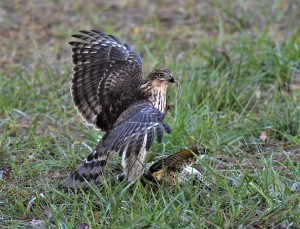 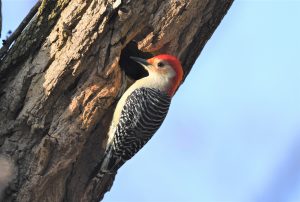 KL: You have these trees which are so important as roosting and feeding places for eagles. Without these tall trees, where would they perch? They don’t perch on the ground or shrubs. They need these trees. When I came here the other day an eagle flew off the river up into one of these trees to eat his fish.

KL: You have a mix of habitats. To have an open meadow area like this, anywhere around here is really unusual. So there are areas here for birds to feed. 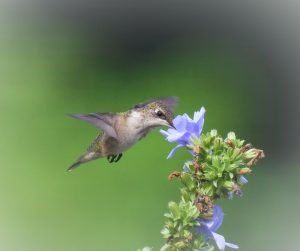 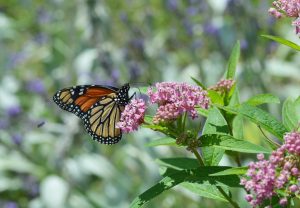 KL: The last time I was here I was walking and turned around, and an owl was at eye-level in one of those pine trees. You can see it has feathers in its claws because it was eating something. 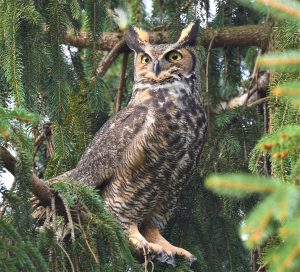 KL: Then I saw the female in a nest that was wedged in tight in the branches. It wasn’t big but we saw the owlets. So they reproduced. At one stage the owlets are very vulnerable because they branch out of the nest and sometimes fall out of the nest onto the ground. They literally climb up the tree, or walk around on the ground. The protocol is that you keep the sighting a secret so you don’t get a horde of photographers. It’s better for them if there aren’t many people. Part of the value here is there’s so little disturbance.