Join the fight against plastic 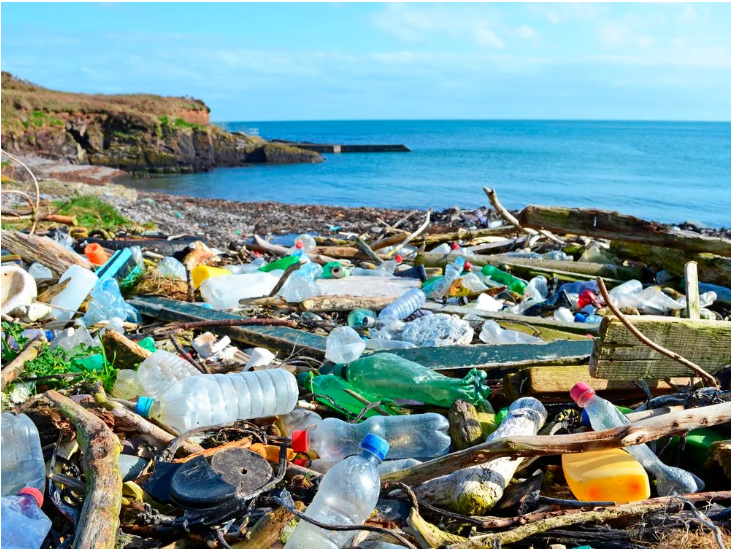 With the start of a new legislative session in Albany comes an opportunity to raise our voices as people of faith. The Dominican Sisters of Hope have joined religious, environmental, and justice groups across the state of New York in calling on Gov. Kathy Hochul to to support the Bigger Better Bottle Bill (S. 237) and the Packaging Reduction and Recycling Act (S. 1064) as she prepares to release her Executive Budget for the upcoming year. Below are exerpts from the letter distributed by NYPIRG and Beyond Plastics, which we and other organizations signed:

This year is the 40th anniversary of New York State’s Bottle Deposit Law, affectionately called the “Bottle Bill.” The ‘Bottle Bill’ requires a 5-cent refundable deposit on eligible beverage containers to encourage their return to avoid litter and waste. New York’s Bottle Bill has been the state’s most effective recycling and litter prevention program. The Bottle Bill reduces roadside container litter by 70%, and in 2020, 5.5 billion containers were recycled in the state with a redemption rate of 64%.

The time is long overdue to modernize the Bottle Bill by expanding the law to include popular non-carbonated beverages, wine, spirits, and hard cider, increase the redeemable deposit value to10-cents to increase the rate of recovery, and add targets for refillable beverage containers.

The impact of the nickel deposit approved in 1982 has eroded over time. An inflation update would likely make it 15-cents. It’s past time for the State to raise its deposit to a dime.

The world and New York State have a solid waste, toxics, and plastic pollution crisis. A 2022 international report found the world is beyond the toxic tipping point. This scientific study, published in the journal Environmental Science & Technology, found that “the total mass of plastics now exceeds the total mass of all living mammals,” a clear indication that the world has crossed a boundary. Crucially, production of single use plastics shows no signs of slowing down and has been exponentially increasing. Since 1950, there has been a fifty-fold increase in plastic production. Without major policy changes production is expected to triple by 2050.

Over 99% of plastics are sourced from fossil fuels. The most common source of plastic resin in the United States is natural gas. When greenhouse gas emissions from Coca-Cola, PepsiCo, Keurig and Dr Pepper are combined they eclipsed the entire climate footprint of Belgium—121 million tons of greenhouse gasses. Researchers have found microplastics in human blood and while the health risks are largely unknown, we do know that many chemical additives to plastics are carcinogens, endocrine disruptors, and neurotoxicants. Early studies of the health effects of microplastics show allergic reactions, cell death, and increased blood clotting in mammals. Inhaling burnt plastics is a well-known cause of cancer, as many of the chemicals in plastics are known carcinogens. The science is clear that plastics are a detriment to human health.

As Pope Francis writes, “Politics and business have been slow to react in a way commensurate with the urgency of the challenges facing our world. Although the post-industrial period may well be remembered as one of the most irresponsible in history, nonetheless there is reason to hope that humanity at the dawn of the twenty-first century will be remembered for having generously shouldered its grave responsibilities.” (Laudato Si‘, 165)

In the year ahead, join us in advocating for the interests of Earth and all Earth’s inhabitants!