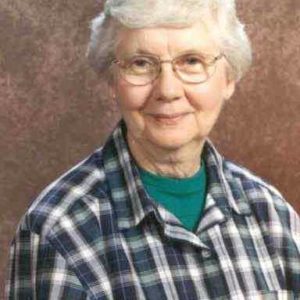 Sister Margaret Ann O’Henley, OP of the Dominican Sisters of Hope died peacefully at the Wartburg in Mt. Vernon, NY on August 27, 2016 at the age of 89.

The daughter of the late Martin William and Mary Dorothy Allen O’Henley, she was born August 3, 1927 in Detroit, MI.
Sister Margaret Ann entered the novitiate of the Dominican Sisters of the Sick Poor on March 7, 1956, made her First Profession September 10, 1957, and Final Profession September 10, 1960. She earned a BSN in Public Health from Wayne State University in Michigan.

Sister Margaret Ann’s entire ministry was dedicated to working in the field of public health nursing. After completing her studies, she worked with the Dominican Sisters of the Sick Poor in Columbus, OH (1961); she did clerical work at Calvary Hospital in the Bronx (1961-67); and Sister resumed public health nursing for the Dominican Sisters of the Sick Poor agency in Manhattan (1967-68). She worked for the Visiting Nurse Association in Detroit, MI (1968-69); Detroit Health Department in Detroit, MI (1974-81); and was a supervisor for the Bruce Douglas Health Clinic in Detroit, MI (1981-94). Sister Margaret Ann retired from active ministry in 1995 and resided at the Landmark in Fall River, MA. In 2005, she moved to The Villa at Redford, in Redford, MI and resided there until 2010 when she moved to assisted living at the Wartburg in Mt. Vernon, NY.

Sister Margaret Ann was predeceased by her parents, Martin William and Mary Dorothy Allen O’Henley and by her two brothers, Allan and Angus and sisters Mary Ellen Branton and Patricia Rochon. She is survived by her nephew Michael Rochon.

Sister was buried immediately following the liturgy in the Dominican Sisters cemetery in Ossining.