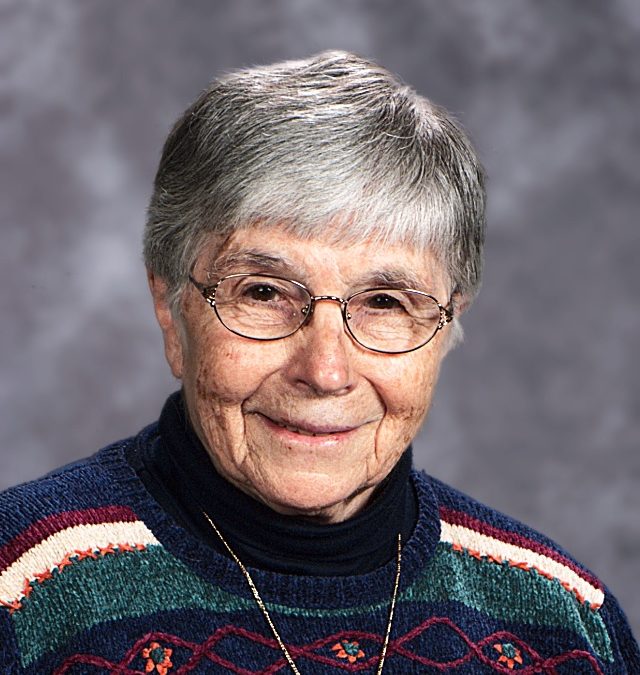 The daughter of the late John Stephen and Helen Jernack Doychak, she was born March 6, 1931 in Clifton, New Jersey.

In 1986, Sr. Helen received a Professional Diploma in Administration and Supervision from Fordham University. She served as assistant principal at St. Mary’s High School in Greenwich Ct and principal at St. Augustine School in New City, NY. She was district superintendent with the Department of Education in the Archdiocese of New York from 2000 to 2008. In addition, Sister Helen was involved with the Family Life Bureau Drug Program in the Paterson Diocese and she was a member of the TEC team (Teens Encounter Christ) in the Archdiocese of New York for eight years. Sister was also a team member for planning the program, “Women Bearing Gifts,” for her congregation.

Sister Helen was recognized as Biology Teacher of the Year by the Theobald Smith Society and she received a National Science Foundation Grant. After retiring from her position as District Superintendent in the Archdiocese of New York, Sister Helen continued her ministry in education by volunteering at St. Peter’s in Haverstraw and St. Augustine’s in New City and in the enrichment program at St. Paul’s in Valley Cottage, New York. Besides working with children, Sister also found time to volunteer as an ESL instructor at the Mariandale Center in Ossining, New York.  Finally, in 2018, Sister Helen moved to Assisted Living at the Wartburg in Mount Vernon, New York.

Sister Helen is predeceased by her sister Margaret Arvay.  She is survived by her three nieces and great nieces and nephews.

Donations in Sister’s memory can be made to the Dominican Sisters of Hope Development Office located at 299 North Highland Avenue, Ossining, New York 10562.

Arrangements are under the direction of Brooks Funeral Home, Newburgh, New York.