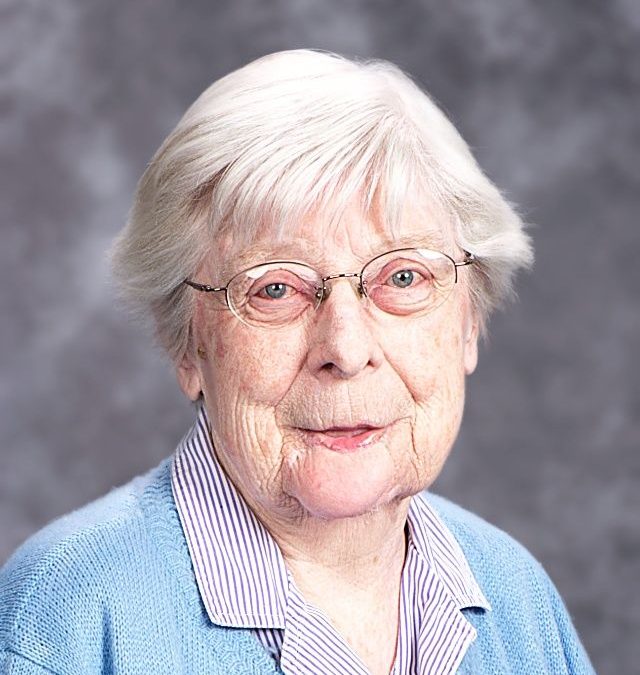 Sister Eleanor Piat, OP of the Dominican Sisters of Hope died at The Wartburg, Mount Vernon, New York on April 1, 2020 at the age of 98.

The daughter of the late George and Alice Morgan Piat, she was born November 8, 1921 in New York City.

Sister Eleanor became an RN after completing her training at Misericordia Hospital School of Nursing, Bronx, NY and obtained a BS of Science in nursing degree from New York University.

Sister Eleanor spent most of her years of ministry as a Community Health Nurse with the Dominican Sisters of the Sick Poor.  Sister served in a variety of locations including Columbus, Ohio, Boston, MA, Detroit MI, and New York City. While working in the South Bronx, Sister Eleanor realized her days of visiting the sick in their walk up apartments would not be realistic in the future, so she enrolled in and received her certificate in English as a Second Language program. Sister volunteered as a teacher assistant at Lehman College Adult Learning Center in the Bronx, NY and taught immigrants from all over the world.  Being future minded Sister decided it was time for her to leave the Bronx and live in a larger community so in 1997 she moved to the Dominican Sisters of Hope Center in Newburgh, NY where she volunteered in the Literacy Program of the City of Newburgh, NY.  In May of 2009 Sister retired and moved to assisted living at the Wartburg, in Mount Vernon, NY.

Sister Eleanor is predeceased by her parents and her sister Rosemary McDermott.  She is survived by her Dominican Sisters of Hope, her nieces Kathleen and Mary Alice McDermott and Joan Duffy and her nephew Thomas McDermott.

Sister has been cremated. A Mass of Christian Burial and internment of the cremains will take place at a later date once conditions permit.

Arrangements are under the direction of Brooks Funeral Home in Newburgh, NY.