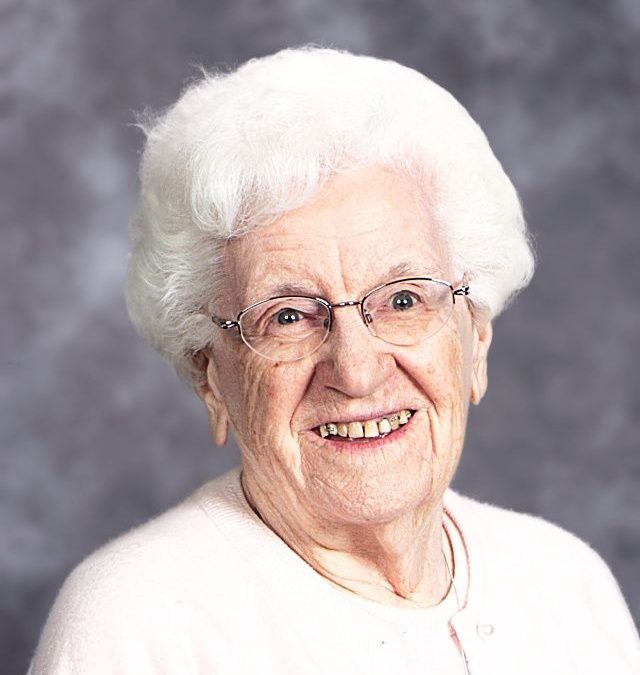 Sister Estelle Kilpatrick, OP (Sister Maris Stella) of the Dominican Sisters of Hope, died on January 25, 2020 at the Meadowview in Wartburg, Mount Vernon, New York.  She was 99 years of age.

The daughter of the late Robert James and Estelle Gertrude Browne Kilpatrick, she was born May 30, 1920 in Newburgh, New York.

Sister Estelle had a long and rich ministry in education at the elementary, high school, and college level.  At the elementary level she taught in several schools in New York State. These schools included  Casa San Jose in Newburgh, St. Thomas School in Cornwall, Nativity School in the Bronx, Bishop Dunn Memorial School, Newburgh and Holy Rosary School in Hawthorne. She also served as Founding Principal of St. John and Paul School in Larchmont, NY. Leaving elementary school, Sister taught at Mt. St. Mary Academy School in Newburgh, NY and at Pope Pius XII Regional High School in Passaic, NJ .   Her last teaching assignment was at Mt St Mary College in Newburgh where she taught in the education department.

In addition to her teaching ministry, Sister Estelle was a Sunday School teacher at St. Mary’s Parish in Washingtonville NY and at St. Andrew’s Parish in Clifton NJ during her early years in ministry.

When Sister left the College she continued to live in Newburgh at the Dominican Center of Hope where she provided volunteer services in the finance office.

In 2009, Sister retired and first lived in Asbury Park, New Jersey. Then she moved to the Wartburg in Mount Vernon, NY.

She is predeceased by her sister, Sister Margaret Kilpartrick who was also a Dominican Sister of Hope.

The celebration of Sister Estelle’s life will take place on Friday, January 31, 2020 in the Chapel of the Most Holy Rosary in the Dominican Center at Mount Saint Mary College in Newburgh, NY.  The viewing will be in the chapel beginning at 9:15am followed by the prayer service at 10:15am. The Mass of Christian Burial will be celebrated at 11am followed by the interment in the Cemetery of the Dominican Sisters of Hope on the property of Mount Saint Mary College.

Donations in memory of Sister Estelle can be made to the Development office of the Dominican Sisters of Hope, 299 North Highland Avenue, Ossining, New York 10562.

The funeral arrangements are under the direction of Brooks Funeral Home, Newburgh, New York.