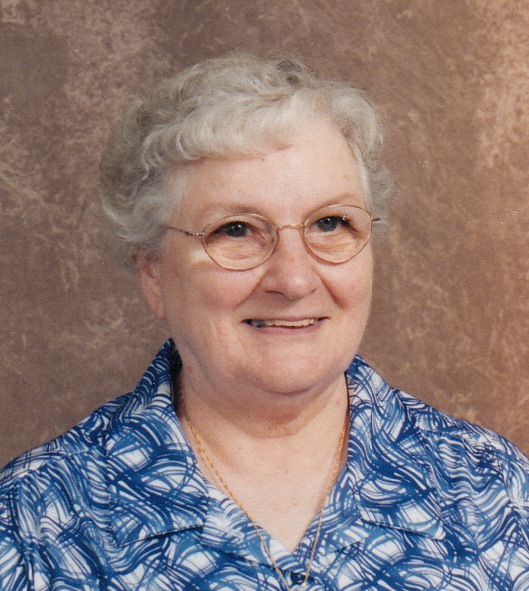 The daughter of the late Robert E. and Anna R. Kaifer Meyer, she was born December 5, 1930 in Baltimore, Maryland.
Sister Jean entered the novitiate of the Dominican Sisters of Newburgh, New York in September 1955, made her First Profession in June 1957, and Final Profession in August 1961. Sister Jean earned her BA in Social Studies from Mount Saint Mary College.

Sister Jean started out in the ministry of education in 1955 as a teacher at Saint Patrick School in Newburgh NY. In 1957, she moved to Pensacola, FL where she taught one year at Little Flower School. Succeeding teaching assignments included: Saint Brendan School in New Haven CT from 1958-60, Our Lady of Lourdes School in Paterson NJ from 1960-69, Saint Boniface School in Paterson NJ from 1970-72. She served as principal of Our Lady of Lourdes School in Paterson NJ from 1972-78. While maintaining her busy teaching schedule she also performed a variety of other ministries; she trained elementary school students for church choir and concerts at our Lady of the Lourdes school in Paterson, New Jersey, taught in the GED program for the Paterson, New Jersey Board of Education, taught English at the Berlitz school of language in Ridgewood, New Jersey, taught ESL to adults for the Passaic, New Jersey Board of Education; she served as Vice President of the Paterson, New Jersey Diocesan Principals Association and taught in the CCD program in Paterson New Jersey. She also was Principal at Saint Luke’s School in Ho-Ho-Kus, NJ from 1978-79. In 1979, Sister Jean was appointed secretary at Holy Trinity School in Passaic NJ and served in that capacity for one year before being appointed principal of the school. She remained in that role until 1996 when she accepted the position of archivist for the Dominican Sisters of Hope. Sister Jean Meyer retired in 2011. She moved to Idlewild Creek Apartments in Cornwall, New York. She kept active by publishing the mass booklets for funerals, jubilees, and other occasions for the congregation until 2014.

Sister is survived by her sister Mary and brother-in-law Andy Long and nephew Robert Long and his wife Deborah.
There will be no viewing. The Prayer Service will begin at 10:15 am in Chapel of the Most Holy Rosary at the Dominican Center on the grounds of Mount Saint Mary College. The Mass of Christian Burial will follow at 11:00 and the burial will follow immediately in the Dominican Sisters’ Cemetery at Mount Saint Mary College.

Donations in Sister Jean’s memory can be made to the Dominican Sister of Hope Development Office, 299 North Highland Avenue, Ossining, New York, 10562-2327.