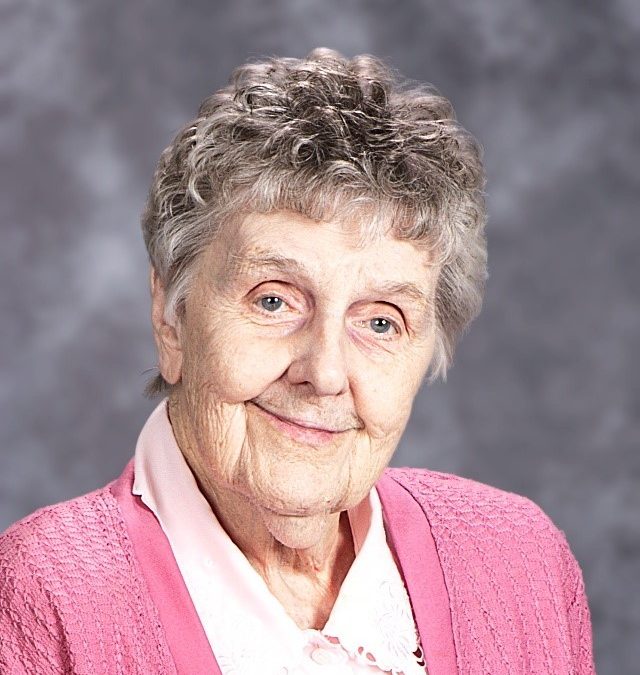 Sister Louise Place, OP (Sister Mary Lawrence) of the Dominican Sisters of Hope died on April 23, 2020, at the Wartburg, Mount Vernon, New York.  She was 90 years of age.

The daughter of the late William and Mary Louise Rousselle Place, she was born May 14, 1929 in Fall River, Massachusetts.

Sister Louise was a dedicated teacher much loved by her students.  She taught in several different schools in Massachusetts between 1948-2007. These schools included the Dominican Academy in Fall River MA; St. Patrick’s School in Fall River MA, St. Francis Xavier School in Acushnet was where she spent more than forty years. Sister taught and witnessed the growth of several generations during her time there. At St Francis she taught a variety of grades and then later served as a substitute teacher and volunteer. Sister organized the school’s first walk-a-thon in 1973, and was actively involved in this successful fundraiser until her retirement in 2007.

In January 2008, Sister moved to the Dominican Sisters Center of Hope in Newburgh, NY. She moved to the Wartburg in Mount Vernon, New York in 2009.

Sister Louise will be remembered for the twinkle in her eye, her great sense of humor, her love for pranks, her baseball card collection, and most especially her deep faith and generous spirit.

Sister Louise was predeceased by her parents, her brothers Thomas and William and her sister Dorothy Perkins. She is survived by her nephew Bradford Perkins and her niece Ann George.

Sister Louise has been cremated and a Mass of Christian Burial will be celebrated at Saint Mary’s Cathedral in Fall River, MA at a later date when conditions permit. Internment of Sister’s cremains will follow that liturgy in Notre Dame Cemetery in Fall River.