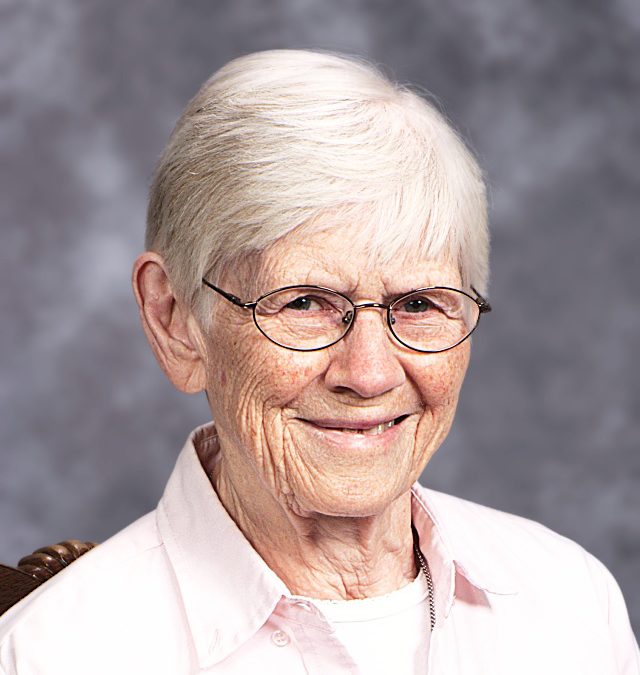 We have just heard some very comforting readings.  In Isaiah God said to the people “Do not be afraid – I have called you by name—you are mine”… God promised Israel (and that includes us) that troubles would not over whelm them and Yahweh would always be present to love and save us.

In Psalm 23 we are reminded again that we are not alone -God is beside and within us when we go through our deepest darkness – the Shepherd’s staff is always there to guide and protect us.  Goodness and love will  be with us all of our lives. The home promised is not just available after our death but is present in our everyday lives because the Good Shepherd is forever present and love is bestowed on us every minute of every day.

In John’ epistle we hear the words—God’s love is so great that we are called God’s children and this is exactly who and what we are!  The gift has come to us through Jesus as the Savior of the world. And this fulfillment is not promised us in an afterlife but it is our present reality.  It is experienced through our Christian faith in our intimate and unique relationship to Jesus.

In John’s Gospel the theme of the Good Shepherd is reiterated once again.  Jesus is this shepherd – the owner of the sheep.  We often hear it said that sheep are not too bright BUT they do know and recognize their master’s voice.  They will follow only him, the one who calls each of them by name.   We hear the promise – whoever enters through the gate, which is synonymous with the shepherd, will be saved through Christ.

So we ask ourselves, what does this have to do with Virginia, or rather Gini as she preferred to be called?  Several years ago the members of our congregation were asked to reflect and discern what readings they would like for their Mass of Resurrection -which we celebrate with Gini today.  Her theme as you might suspect after hearing the readings she chose -gives us a glimpse into her personal relationship with Jesus as the Good Shepherd.

After graduating from nursing school in Columbus Ohio, she felt a special call to enter the DSSP (Dominican Sisters of the Sick Poor) congregation and minister to the ill, forgotten and needy members of our society.   Her interest was not only to adults because she also pursued a special dream to be missioned to the Philippines.  There for 2 years she assisted in a feeding program to the frail and malnourished children in that region.  But most of her religious life was spent in Ohio working in home health care and nursing was definitely the passion of her life.

Gini also had a special place in her heart for her family.  After her 2 brothers and sister living in Ohio had died, she chose to move to Newburgh, NY (now as a Dominican Sister of Hope) and live at Mount St Mary so she would be close to her sister Peggy’s family, Eddie, Alicia and now Zach in upper state NY.  When that Motherhouse closed Gini graciously relocated with many of our other Sisters to Assisted Living in Meadowview in Mount Vernon.  She remained there until December 2013 when failing health precipated a move to the Waltemade building on the same campus.

Like the Good Shepherd, Gini saw all people as special gifts from God –as sheep in need of a shepherd.  She became that shepherd for many of those she ministered to her own quiet way during her life of service.  But her love was universal and included all forms of life on our planet.  At Meadowview she chose a room with a view on the terrace level so she could walk out on to the patio to commune with nature and all the animals that graced her living space.  In this setting she especially enjoyed the spring and winter visits from her niece, also Gini, Paul  and their children Mike,  Annie and Dave.  But I recently learned this nice, quiet woman had a spicy side to her life.  Gini always loved her cold beer with a jalapeno pepper sandwich or limburger cheese with raw onions on rye bread.  Who would have ever thought that!

During her last days in the hospital, one week before Gini died, she kept saying: “I want to go home, please take me home” I knew she wanted to return to Waltemade but in the depths of my soul I also realized she was saying – I want to join the Good Shepherd and all my family and friends who have preceeded me in death.

Gini also had great devotion to Our Lady and the song that keeps ringing in my ears –Gentle Woman, Quiet light…peaceful dove also described her.  She was truly humble and grateful for everyone or everything that was done for her, especially in these last months.  She never complained and found the good in every situation.  I am sure Mary was there at the gate to welcome her when she final entered it last week to meet Jesus, her GOOD Shepherd.  She had been guided by him to this moment of her own resurrection.

I would be remiss if I did not thank all of you who are present here today. She cherished and was grateful for you, her family, our Sisters, her friends and the dedicated staff at Wartburg who have lovingly ministered to her over the years.  But Gini, we thank you for the gift you were to each one of us and you will always be present to us in our hearts.  Now, have a cold beer on us!

Sister Virginia Mohr, OP of the Dominican Sisters of Hope, died July 9, 2014, just one day after her 86th birthday, at the Wartburg in Mt. Vernon.

The daughter of the late Harry Walter and Anne Murphy, she was born July 8, 1928 in Newark, OH.

Sister Virginia is survived by her Dominican Sisters of Hope and two nieces, Virginia and Alicia. She is predeceased by her parents, her brothers Carl and Robert, her sisters Martha Halabis and Margaret Pritchard.

A Mass of Christian Burial was held on July 14, 2014 at the Ossining Center of Hope. Sister Virginia will be cremated. Funeral arrangements are under the direction of Brooks Funeral Home at 481 Gidney Avenue, Newburgh, New York.

Donations in Sister Virginia’s memory can be made to the Dominican Sisters of Hope, Development office, 299 North Highland Avenue, Ossining, NY, 10562-2327.