6 Tips for Decluttering Your Way to a Deeper Spirituality 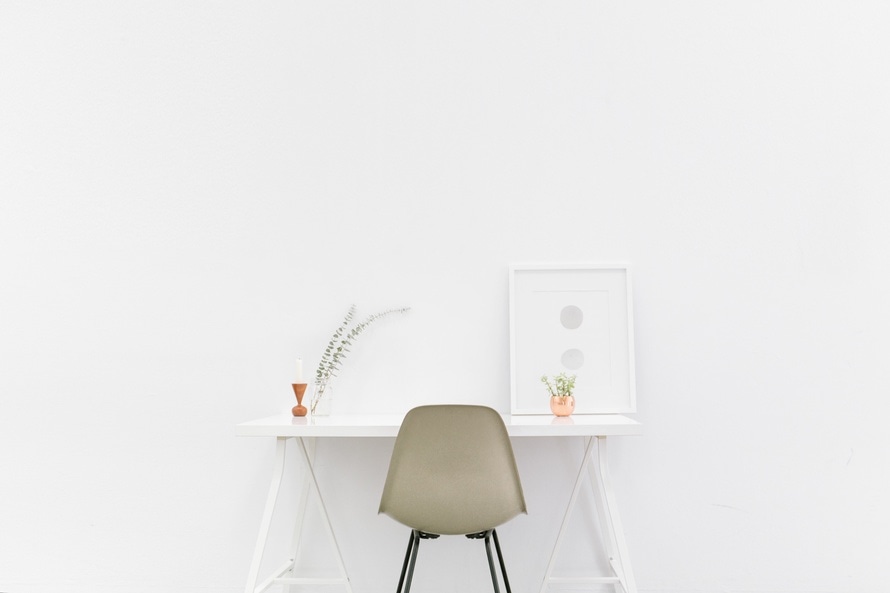 When talking to sisters, one unexpected topic occasionally arises: collecting. Whether it’s magazines, trinkets, or other items, some sisters are known to accumulate stuff.

At a glance, the habit doesn’t seem to jive well with a vow of poverty. However, when asked how she views her vow of poverty, Dominican Sister of Hope June Baker, who calls herself a packrat, says that she isn’t dependent on her stuff, she doesn’t need it.

“It could all be taken away tomorrow and I wouldn’t have a problem with that,” Sister June says. “I just need a chair to sit in, a bed to sleep in, and a pot to cook in.”

No doubt, all of us have more than we need. Whether you’re a minimalist or a packrat, decluttering can be a cleansing, positive experience. Below are six ways to reconsider your belongings so that you can focus on simple living instead of unnecessary stuff.

1. Stop it Before it Starts

It’s no secret that it doesn’t take long for a small accumulation of stuff to become unmanageable. According to Liz Baganz-Randolph, Administrator of Holistic Health/Vital Living for the Dominican Sisters of Hope, collecting always starts with a small amount.

“People start collecting things here and there,” Liz says. “If you don’t throw things away over time, the amount of stuff eventually becomes overwhelming and stressful. You then don’t want to look at it or deal with it.”

Does it make sense to stop being a packrat if you’re hardly even a packrat in the first place? Prevention is key.

Spend some time in your space today —whether it’s your home, your office, or elsewhere— and try to get rid of small things that you don’t need.

Chances are you’ll be happy to see extra mail, vouchers, etc. out of sight for good.

Of course, living simply is a huge part of spirituality. As Dominican Sister of Hope Jeanette Redmond puts it, she doesn’t need belongings in order to spend quality time with God

“In order for me to be spiritual, I sit quietly with nothing” Sister Jeanette says. “If I see too much stuff in my space, I feel like I’m getting shut in. The less I have, the freer I am.”

For her part, Liz Baganz-Randolph agrees.

“Gone are the days of having a few personal possessions that fit into a trunk,” she says. But simple living can still survive. As one sister told Liz, “Everything I own is in my closet in my bedroom.” (The closet was remarkably uncluttered.)

Another sister insisted on returning extra knee-highs from a pack of six; she said she only needed two.

Indeed, separating what you need from what you want is a spiritual practice. Embracing the concept of “less is more” can help free up mental and physical space for deeper prayer and a simpler life.

Clear out a space for prayer —maybe a quiet corner or a spot on the couch— and remove clutter from it.

You might be surprised by how it affects your experience.

If you collect reading materials like Sister June does, technology might soon become your best friend. Newspapers, magazines, and books are all available online, as are bills.

Turning to technology helps to put bills, reading materials, music, even notepads all in one place. When talking about living clutter-free, Sister Jeanette lists being technology-friendly as one of her secrets.

What can you put on a device to help clear out your space? Even if it’s just a shopping list, that’s one less piece of paper to worry about.

Donating stuff isn’t just practical, it’s spiritual, too. Giving away one item everytime you bring home a new item is a good way to maintain balance rather than crowding your home.

As Dominican Sister of Hope Joann Boneski says, you’d be shocked the stuff that other people need. Sister Joann has found success in giving away umbrellas, pots and pans, bedding, even handbags.

“People will sometimes ask, ‘How much does this cost?’” Sister recalls. “I answer, ‘This has been given to me. I’m going to share it with you.’”

“Our needs and our wants are met,” she continues. “But many people don’t have any of that. Some people have little more than a lightbulb hanging from the ceiling. They can’t just go into a store and buy an umbrella because it’s raining. You give somebody an umbrella, they think you gave them a million dollars.”

As you go through your space, what do you have that others could use? Even little items (think extra packs of socks, those small toothpaste tubes from the dentist, umbrellas) can be a great gift to someone in need.

As you declutter, consider that someone else needs the belongings that you might not use regularly.

As Sister Joann says, “Your blessings can become a blessing for somebody else.”

Sister Jeanette has a number of mantras, one of which includes freeing herself from material possessions. “I can’t take and give at the same time,” she says.

The concept is simple: Sister Jeanette’s mission is to be useful to others. She became a Catholic Sister because she wants to give of herself. Yet, when she’s taking or accumulating stuff, she simply doesn’t feel energized. It’s when she shifts her focus from stuff to spirit that she feels most connected.

“If I’m not being useful to others, I’m getting,” Sister says. “Anything I take, I’m carrying with me. I want to be free.”

What is a mantra that holds meaning in your life?

Try keeping those words in mind while you decide what to hold onto and what to discard.

Some of the sisters mentioned in this article are good models on how to live with little, but there are many more examples throughout history. For instance, in the fourth century the desert fathers and mothers left their lives of luxury to embrace living with little.

According to Atlas Obscura:

They’d given up their silk clothes and pearl earrings, the hairstyles and rouge and musk, even bathing, as signs of vanity, and were now wearing coarse robes made of goat’s hair. They never allowed themselves to rest on couches or cushions of any kind, and at night they slept on thin mats on the floor.

Hair shirts aside, this model of simple living still holds true today. Stuff can make us feel stuffed; simplifying your space can be the first step to focusing more on what really matters to you and what gives you joy.