Advent Reflection: Be Open to a Choir of Angels 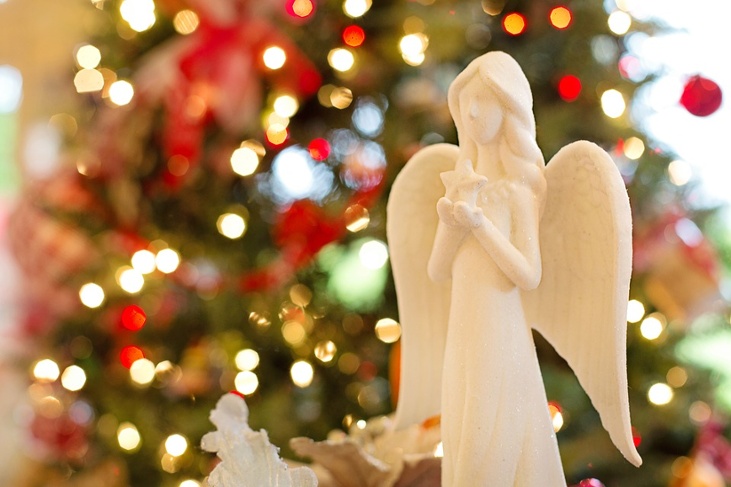 As we know, Advent is a Season of waiting, of hoping, of preparing and of giving. 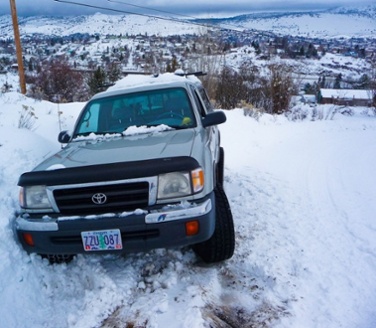 I’d like to share what happened yesterday. This particular choir of Angels included people from New Hampshire, Schroon Lake, Peru, Plattsburgh, Ausable, and Chateaugay Lake – just to name a few places. What happened you ask and what does this have to do with Advent? Well, a wonderful past mission traveler graciously offered to bring a 12-passenger van loaded with supplies from our Beloved Retreat Center (Berakah) in New Hampshire. The supplies she transported will assist not only people in Nica, but also some local families in domestic abuse crisis and relocation. She started her trek (much like Mary and Joseph), except she had a five-year-old and a six-year-old nestled in the van among all the items.

As she neared our warehouse (ten miles from us), she pulled over, partially because her directions took her a roundabout way, and partially because there was an ambulance approaching. As she backed up in this long driveway to turn around, life suddenly got very challenging and very interesting because there was a culvert (not well visible) and she backed into a ditch. Yes, a loaded twelve-passenger van, two little ones, and the weather was turning colder as the minutes passed.

So, four of us from the Mission facility drove out to find her and meet up with her, while one stayed behind, keeping the “home fires” burning at the warehouse. When we pulled up, I truly thought Oh NOOOOOO, this is not good. Meanwhile, our angel from Chateaugay Lake immediately hopped into action, only to find that there was no way he could pull the van out with his truck. It was about this time that the rest of us heard the voices of children yet could not see them. Yes, the two little ones were snuggled among the items in the van, quite content. Our two angels from Peru then helped move supplies out of the vehicle so the two little ones could get out of the van.

Then, four local service stations were called, as well as a AAA call later, and…..we had a rescue with more angels on the way. Shortly after, another angel, a State Police officer showed up as well. It then became our concern to have the children get out of the van and hop into my warm vehicle so they’d be safe while the tow truck did its job. While this occurred, two of our crew had to return home to care for other children and an elderly ill spouse. As the children sat in my car, I asked them if they liked Christmas music, only to hear a resounding YES. As only angels would have it, a familiar song came on the radio station and I began to sing. When the two little ones began to chime in, the thought came to me: Even in the midst of all this mess, these two little ones were smiling, singing, and revealing their innocence while sharing their genuine childlike joy.

It touched me so much that I had to fight back tears.

Meanwhile, outside, it began to get much colder, and we had a short douse of sleet (there is often a natural phenomenon to accompany “God events”). However, instead of a “North Star,” our North Country phenomenon at that moment was cold, sleet, and then lots of wind.

And so, as Paul Harvey used to say…now, the rest of the story: We drove back and all the way to the warehouse, I’m thinking that it’s 2:30 and we have to feed these two children and their mom. But the Chateaugay Lake angel was already on it. He stopped to try to buy a pizza, to no avail. After the children and we three remaining adults unloaded the van, the little five-year-old boy found a wrapped candy on the floor of the van and exclaimed: “Yea, I know whom I’m going to share this with!”

I thought he meant his sister, but as hugs were shared, the little boy tugged on the Chateaugay Laker’s jacket, and gave him the whole candy. The man beamed.

It took a choir of angels to turn what could have been a extremely expensive and dangerous event, into a true Advent/Christmas story..a story of:

WAITING- for rescue and warmth

PREPARING- to get the donated items from our retreat center to folks in great need, preparing to figure out how to best resolve the situation, preparing to unload and distribute these items which would soon give LIFE to other people in need….

GIVING- a hug, a candy that symbolized a human bonding, a heart to heart connection between a boy and a man he had just met. GIVING – a glimpse of angels from all over who helped in this rescue- garages, tow trucks, a police officer, a home owner, five Mission of Hope folks, Sisters at Berakah in NH who were so pleased to be able to give items to others.

GIVING- a glimpse of what it means to have a whole choir of angels become a piece of a modern day story of new beginnings, new life, renewed HOPE!

So, as you begin your Advent journey to Christmas, be open to the surprises God has in store for you, be open to ordinary experiences that can be God events and be open to a choir of angels.

Live and be HOPE this week.