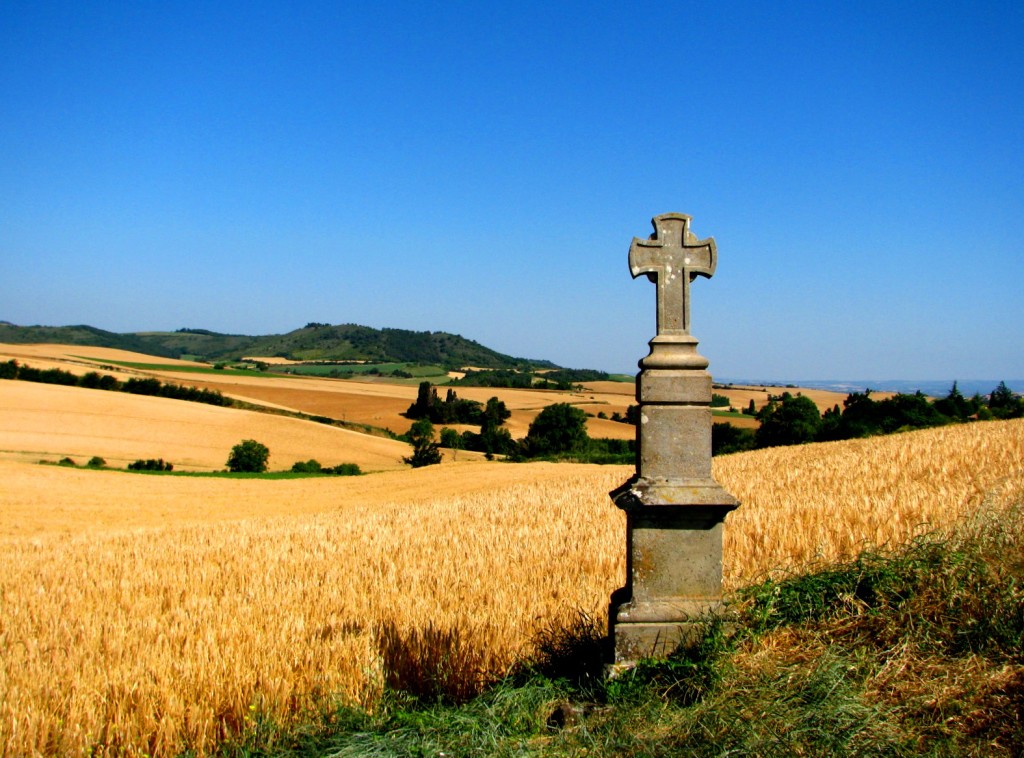 The spot where assassins waited to kill Saint Dominic, but decided not to because he was too joyful

Saint Dominic is often called “the joyful friar.” That message became clear as twenty-three of us traversed through France over a two-week period, tracing the footsteps that Saint Dominic laid on the land over eight centuries ago.

The group, about half sisters and half lay people, had come to France to learn about the life and ways of Saint Dominic so as to consider how we can live in a way that spreads his spirit today. On our first day of learning, one word rang out to us repeatedly: joy.

As the story goes, joy saved Dominic from death. When he approached assassins hiding out in the fields of Fanjeaux, France, Dominic was singing. Although the assassins had a specific mission to murder him, they let him live: this man simply seemed too happy to kill.

Dominic had long had a reputation for being friendly. He walked around singing. He spent his days with the people.

Blessed Jordan of Saxony, St. Dominic’s successor as Master of the Order, recounted:

“Everybody was enfolded in the wide embrace of Dominic’s charity, and since he loved everyone, everyone loved him. He made it his own business to rejoice with those who were rejoicing and to weep with those who wept.”¹

Dominic had a deep-rooted faith in Christ and a heart of compassion for others, and these led him to the joy that so colors his legacy. It’s curious, then, that the theme of our first meditation on the Fanjeaux Pilgrimage was far from sheer happiness. 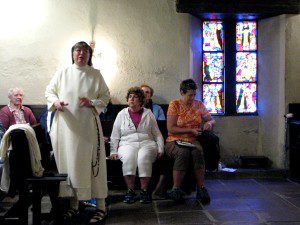 Sister Barbara talks to the group

Instead, it was an honest reflection about how, amid joy, Saint Dominic’s time in Fanjeaux also brought hardship.

Sister Barbara, a Dominican nun who lives at the couvent in Fanjeaux, greeted us saying, “If you want to learn about the spirit of Saint Dominic, you have come to the right place.”

She noted that Fanjeaux, more than the place of his birth (Spain) or the place of his death (Italy), offers a unique view of Saint Dominic because it is a place where he struggled. He was left alone in Fanjeaux after his friend and partner, Diego de Acebo, left. Dominic was an expat, the only Spaniard in the region and the only Catholic. Dominic lived among people who did not share his beliefs and his culture, and, yet, he loved these people deeply. It was said that, at night, he could be heard wailing loudly for the people, for their lack of belief, in compassion.

Regardless of whether it was in compassion or not, at night, Dominic wailed. People plotted to kill him. At times, the Cathars regarded him “as a rotten apple.”

It must have been a hard life. Joyful, at times –happy, even—but difficult, no doubt.

During the first day of the pilgrimage, Dominican Sister Betty McLaughlin (Sparkill) pulled me aside to share with me a quote from scripture. She reminded me that Jesus’ life, too, was incredibly hard, and not just the dying-on-the-cross part. She shared with me an account from Matthew of Jesus after he resurrected and instructed the disciples to meet him on a mountain:

Then the eleven disciples went to Galilee, to the mountain where Jesus had told them to go. When they saw him, they worshiped him; but some doubted.²

Some doubted. Jesus rose from the dead and there was still doubt. 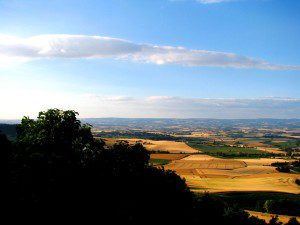 Her message was clear: where there is life, there is also struggle and doubt. Of course, there’s joy and a million other good things, but there is doubt.

Certainly, Dominic faced doubt and hardship, too. And, on that first day standing in the village of stone, picturing Dominic walking the fields barefoot (he always carried his sandals), it wasn’t so hard to grasp that difficulty really was a part of Dominic’s life.

Where, then, is the redemption? How did this guy manage to stay so joyful?

Our first day’s reflection ended not on a sour note, but with Dominican Sister Mary O’Driscoll (Cabra) sharing her definition of hope:

“Hope is believing that there is good in the world and persisting to work toward it, even when there is no reason to be optimistic.”

In the case of Saint Dominic, he probably had reasons to be optimistic at times, and fewer reasons to be optimistic at others. As with all of our lives, he surely faced this mix and strived for balance. Even more than joy, then, it seems appropriate that Saint Dominic is also remembered as a man of great hope. Regardless of whether or not he was feeling happy, he always had a reason to continue working for the Lord, and so he kept at it. Mission drove his life, not circumstance. Moreover, he let his faith in Christ radiate regardless of circumstance.

What an appropriate beginning for my own journey in France, which was inspired and sponsored by the Dominican Sisters of Hope. And what a beautiful backdrop to set for the sights I would take in over the coming days.

This article is the first in a series on Dominican faith. We will post these in the coming weeks as a countdown to Saint Dominic’s Feast Day, August 8th. For more on Saint Dominic, visit csvf.org.