Day Six of the Fanjeaux Pilgrimage: God Chooses Us 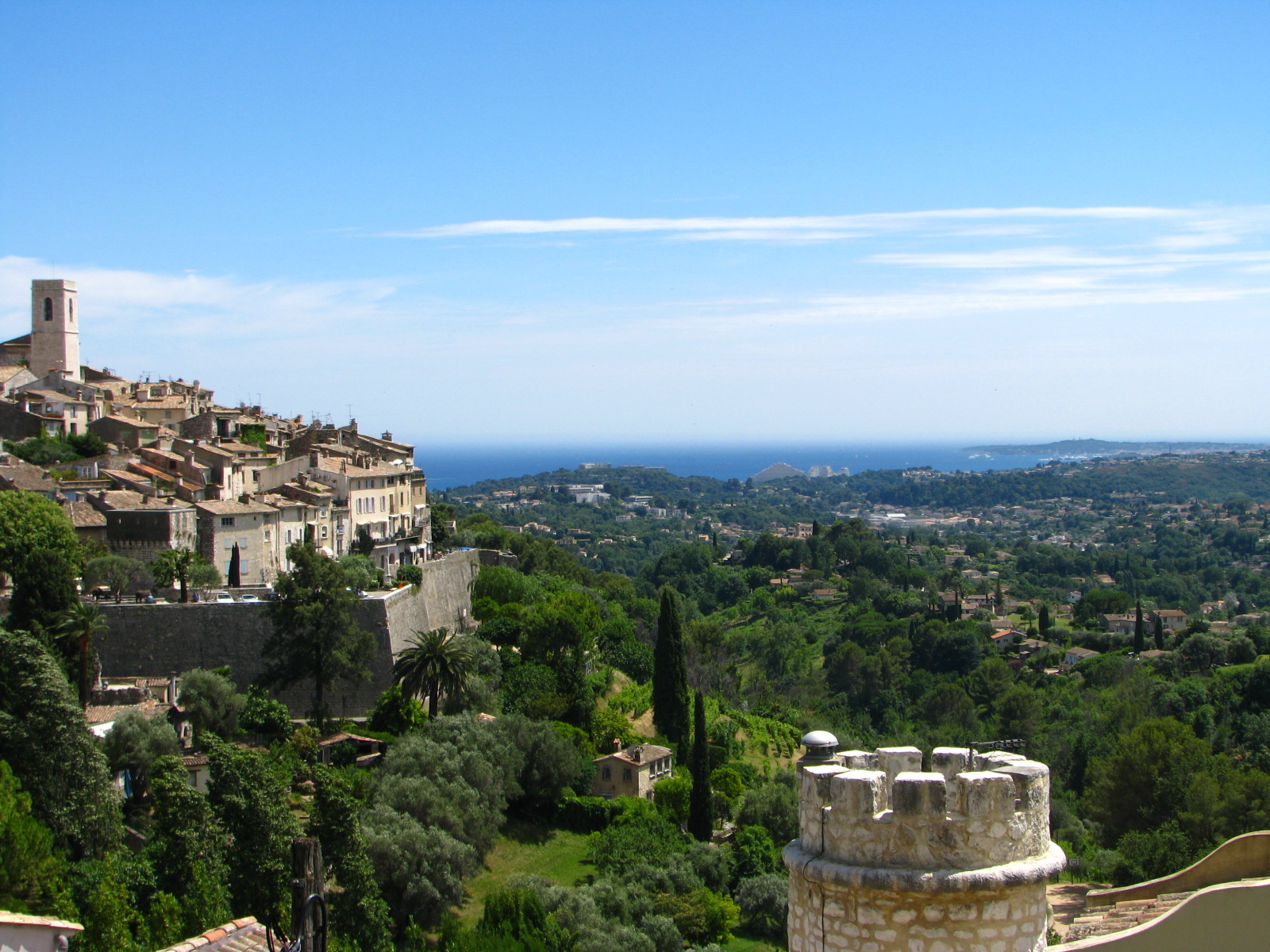 We had been in France for a week, and I didn’t have any huge realizations about life, just a few very simple ones, a few smoothed shells plucked from the shore of the sea.

We climbed up to the town Saint Paul de Vence all of us in a minivan; the full-size van was too wide and too long to make it up the narrow, curvy roads of the town. By the time we reached the convent at the top, we had a full view of the Mediterranean. The following day, we piled into the bus again to make the drive to the sea where we stepped onto the rocky, shell-filled beach and sprinted straight to the water.

Throughout the trip, I had been collecting shells and stones: the first was a perfectly smooth, white shell that each of us picked during our first reflection to denote that we were pilgrims. On the beach, I collected odd-shaped rocks: some that looked like marble, some that had white and gray stripes and swirls, some that appeared to be little bits of red clay in my palm.

They were treasures, all of them. But, perhaps the most beautiful and robust treasure I collected was this tidbit from our reflection at St. Paul de Vence: God has seen fit to choose me. 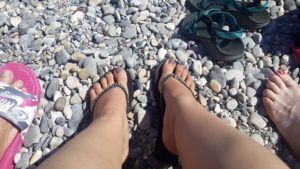 God has seen fit to choose me.

Back in Fanjeaux, we had a group confession ceremony during which we wrote our sins on bits of paper and then burned them in the fire. We didn’t see each other’s papers, but I imagine that many mirrored the sentiments of mine: I don’t run to God nearly as much as I want to. And, yet, God has seen fit to choose me.

God has seen fit to choose me.

“I always pick the rose from your thorns,” Saint Catherine of Siena hears God say. Catherine was never schooled in scholastic theology; she learned to write at the ripe age of thirty. Although she isn’t a prolific scholar in the same way as Thomas Aquinas, she is still a Doctor of the Church, and an important one, at that. She is a Dominican saint, and she is widely revered for her writings and wisdom. 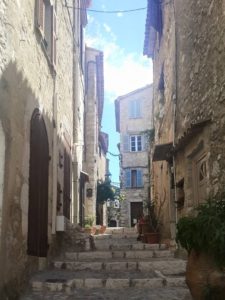 Catherine teaches us that the best way to talk about God is from our own theology. We were reminded of this as we inhaled the salt-breeze, as we basked in the Mediterranean sunshine and feasted our eyes on a sea of cerulean blue.

Thomas Aquinas and Dominic produced manifestos –both in writing and in leadership– from their formal studies. Catherine, alternatively, produces gems of wonder from her own experience, and they are just as godly. Indeed, we do connect with God by keeping our eyes open for treasures, picking them up, feeling their smoothness in our hands, marveling over them as the waves crash down before us.

Sister Jeanne Goyette, OP (Caldwell) meditated on this idea of being one with Earth.

“God uses wonder as a way for us to see his presence among us,” Sister said.

Sunny Saint Paul de Vence was the perfect place for wonder. The town felt airier and lighter than the stone and fields of Fanjeaux. Likewise was the transition from the intense studies of Thomas Aquinas, Lacordaire, and even Saint Dominic to the poetic reflections of Saint Catherine.

If Fanjeaux was the place to wander through sandy fields tracing footsteps of our predecessors, then Saint Paul de Vence was the perfect place to pluck rocks and stones from the shore and marvel at them in wonder.

For two weeks in June, a group of twenty-three people (about half sisters and half lay people) traced the footsteps that Saint Dominic laid in France over eight centuries ago. We learned about the life and ways of Saint Dominic so as to consider how we can live in a way that spreads his spirit today. This article is the seventh in the resulting series on Dominican faith. We will post these in the coming days as a countdown to Saint Dominic’s Feast Day, August 8th. For the entire series, click here.