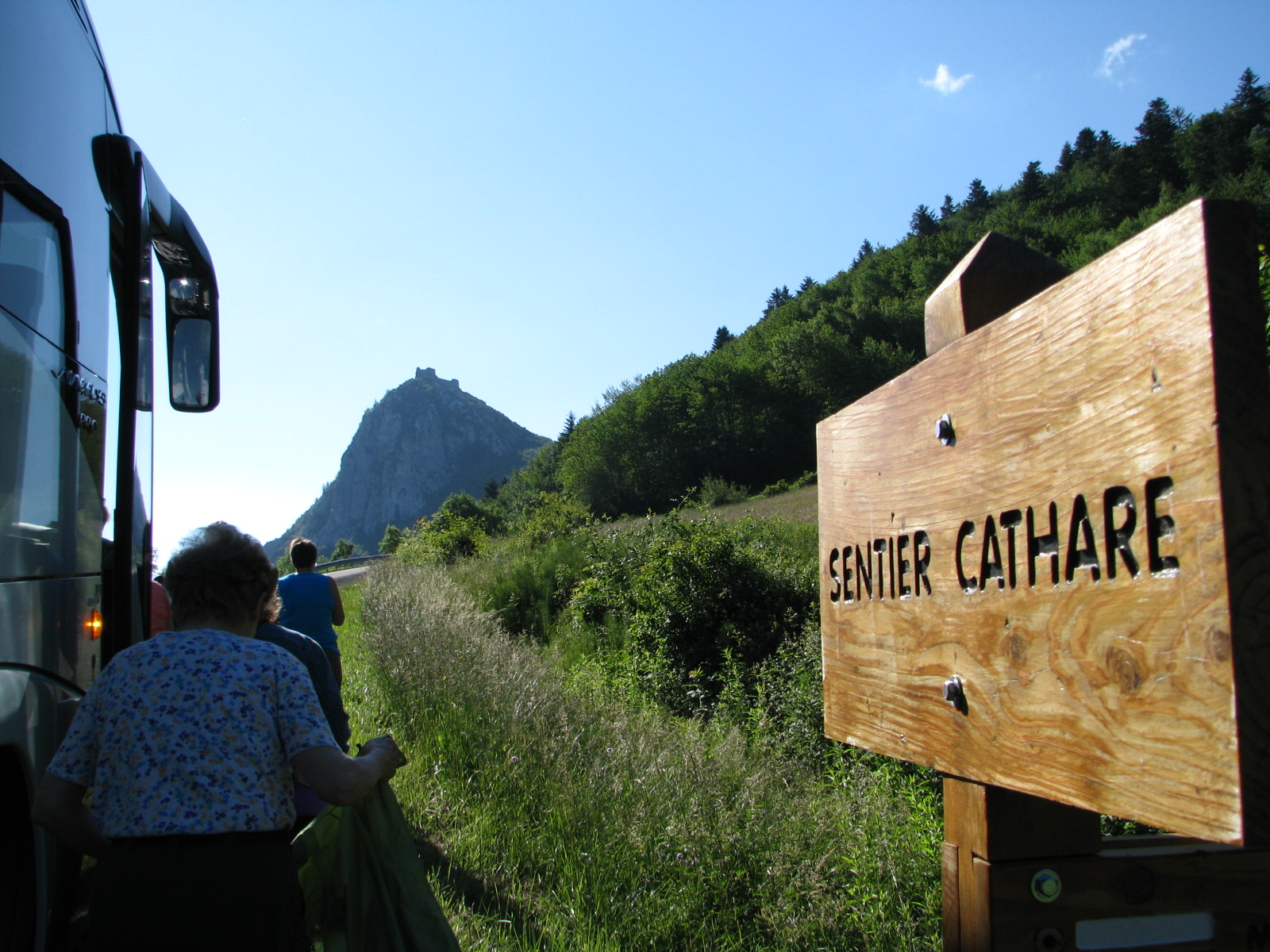 Day three of the Fanjeaux retreat found us staring at a mountain, contemplating truth.

In about 1204, a castle was built on the top of the Château de Montségur, which marks one of the last strongholds of the Cathars in Southern France. The castle became a center of Cathar activities, home to a Cathar theologian and bishop, and the center of the Cathar church. 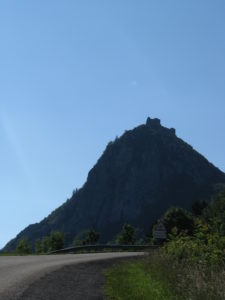 Nowadays, the site holds only ruins. In 1242, a military command of about 10,000 royal troops seiged the castle and destroyed it. Those who renounced the Cathar faith were allowed to leave; the rest (approximately 220 Cathars) were burned en masse in a bonfire at the foot of the pog.

It was a massacre in the name of “truth.” 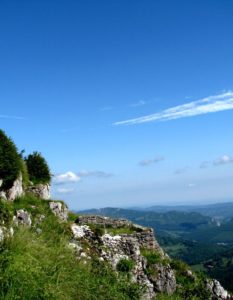 To clarify, Saint Dominic had nothing to do with this (he died twenty-one years earlier in 1221). But the looming peak, a harsh reality that can’t be ignored, puts into context his life and his own premium on interpreting and telling the Truth. It highlights the fact that he was often misunderstood by his peers. It casts his preaching in a new light.

The climb up the mountain starts off first with a sandy path, then it shifts to wooded forest, and, by the end, it’s a series of rocks in the vague shape of steps (of course, there are no guard rails). Each steep push upward reinforces the reality that you are, indeed, climbing a mountain.

The Catholics killed the Cathars because they believed they were heretics. It was a quest for truth strikingly similar to the many other religious wars in history in which “heresy” is the ultimate evil.

“One definition of heresy is ‘trapped truth,’” Sister Mary told us. “There is truth in heresy, but it is not the full realization of Truth.” 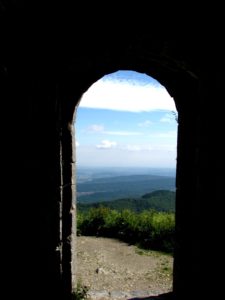 It might be good to prize truth, but, especially in cases like these, how do we know that our convictions are right? Miles away from and years before this mountainous truth-elixir, was Dominic living ‘trapped’ in his own truth, too?

If considering such questions stirs up internal unrest, the view from the top of Montségur does just the opposite. The eroded structure of the castle –now just a roofless rectangle—yields a 360-degree panoramic view of grassy plains and fields below. Standing at the 3960-foot peak, there are no echoes of battles historic or interior. There’s only a clear, cloudless sky that is filled with the morning air of Southern France.

This spot is far from Saint Thomas’s tomb in the Jacobin church. Yet, the session on his life from the day before makes this mountain even more monumental.

As we learned from our study of Saint Thomas Aquinas, both Thomas and Dominic were for Truth. However, Dominic wasn’t for blindly preaching scripture at whomever would listen; instead, he valued education and study, which lead to critical thought and discernment. He valued relationships. He even argued with people (publicly!) and listened to their side of the debate.

Faith for him wasn’t about winning, and it was never about violence. Faith was about sharing Christ’s love, which he held as the ultimate Truth.

Thomas Aquinas, too, pored over, read about, vigorously researched that which he believed to be true. In writing about Saint Thomas, Yves Congar notes,

Saint Thomas is synonymous with open-mindedness, realism, the desire to see things as they are and to accept every note of verity, convinced as he was that, since truth could not contradict itself, even partial truth must find its place in the vision of the whole.¹ 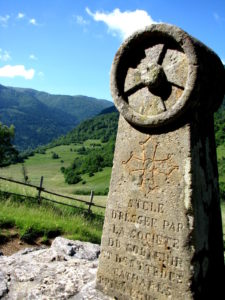 Even partial truth must find its place in the vision of the whole. Truth might be trapped at times, but, according to Thomas Aquinas (and Dominic!) truth is not beyond us. It is knowable to us. And, as we see through the lives of both of these saints who were also scholars, acquiring Truth requires a fair amount of work.

“We are encouraged as Dominicans to look for truth wherever we can find it,” Sister Mary reflected with the group. No doubt, the searches of Thomas and Dominic were lifelong and fervent. However, Sister Mary then made another comment, which was key to understanding both of their searches:

“We are encouraged to seek truth with the humble intelligence of the heart.”

Maybe, for Dominicans, for all of us, Truth isn’t all about study. Maybe it’s about relating, empathizing, feeling. Maybe our hearts aren’t secondary to our minds; maybe they’re just as powerful.

“Our passion for truth must be matched by a compassion for humanity,” Sister Mary continued. “When you look for truth, don’t leave your heart behind. Bring your head as well as your heart.” 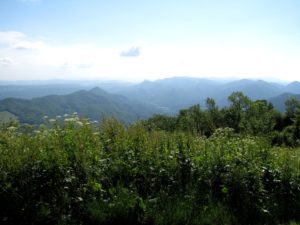 It’s a grave lesson to absorb at the foot of a mass grave. Yet, if the Catholics approaching this mountain were serious about compassion, about expressing truth with our heads and our hearts, history might have gone a little differently.

For two weeks in June, a group of twenty-three people (about half sisters and half lay people) traced the footsteps that Saint Dominic laid in France over eight centuries ago. We learned about the life and ways of Saint Dominic so as to consider how we can live in a way that spreads his spirit today. This article is the fifth in the resulting series on Dominican faith. We will post these in the coming days as a countdown to Saint Dominic’s Feast Day, August 8th. For the entire series, click here.