Go With the Flow (and Other Suggestions for Living Abroad, or Anywhere) 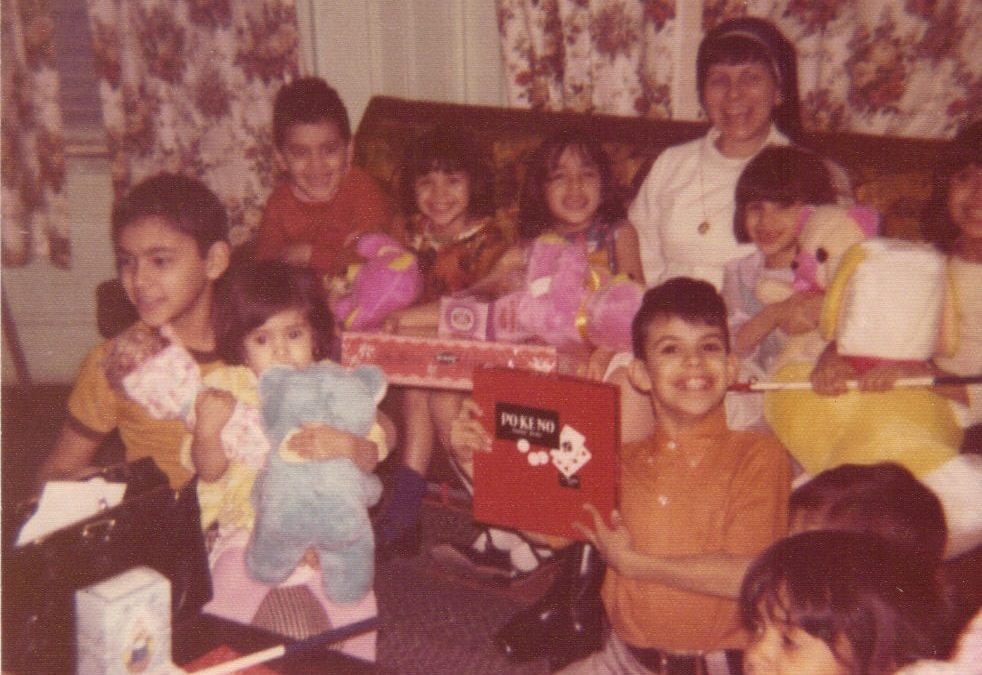 Sister Grace with a group of students in Puerto Rico

Dominican Sister of Hope Grace Ball, OP, spent twenty-nine years living in Puerto Rico, where she taught English and cared for the community at large. Now retired in the U.S., Sister Grace shares insights on living abroad for any period of time.

It’s what got Sister Grace to Puerto Rico in the first place. When the Mother Superior asked for volunteers to teach English in Puerto Rico, Sister Grace noticed that no one else was offering so she thought she would raise her hand to help out. “If anybody else had [volunteered], I wouldn’t have,” she said. “But no one was volunteering that I heard, so I said, ‘I’ll go.’”

2. Don’t be afraid to explore.

Sister Grace enjoyed living in the convent in an affluent town, however, on the weekends she wasn’t afraid to venture out. “On Saturdays, I had my friend take me to the campo out in the country areas, and I’d have some little kids come and meet me wherever they left me off and show me all around,” she recalled. During the visits, she went to homes and interacted with people. Those afternoons are now some of her fondest memories of being in the country, but they would never have happened if she didn’t venture out of the town she lived in. “They would bring me to two or three homes so I could get used to the people and things,” she remembered. “We had our little experiences together. And I liked being with them. And I just was.”

Talk to Sister Grace about Puerto Rico, and she’ll tell you it’s amazing that the whole experience worked out so well. “God took care of everything,” she conceded. But she names her biggest asset as her ability to laugh with the people and just be with them. “I was a laid-back person,” she said. “I made a lot of mistakes with the language, but I laughed about them.” 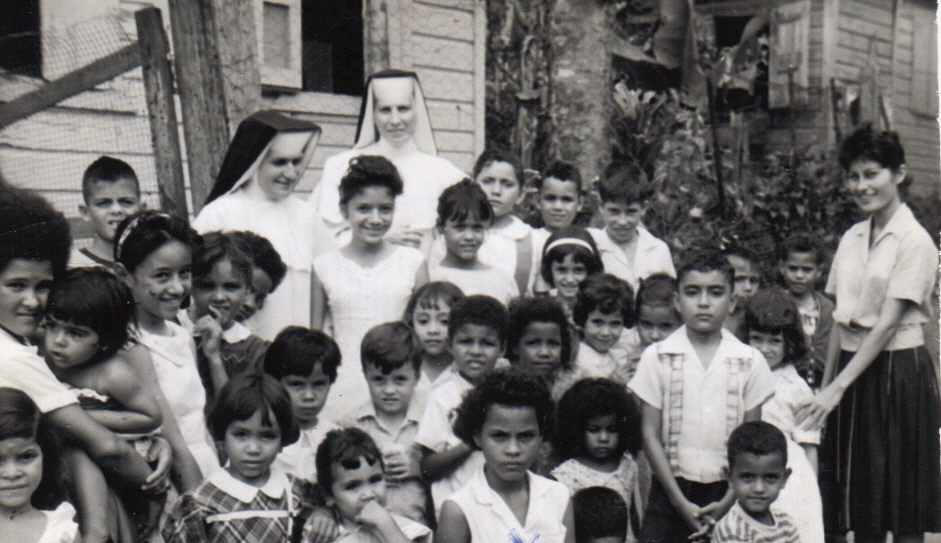 Sister Grace (back) with students in Puerto Rico

4. Speak with your heart.

According to Sister Grace, living in Puerto Rico but not speaking Spanish was an enormous challenge. She equated the feeling of not being able to communicate fluently to feeling abandoned at times. However, after a flood in the town, Sister Grace learned the important lesson of speaking with her heart. The town had flooded and the people had flocked to the school’s basement for shelter. When Sister Grace encountered an elderly woman sitting on a blanket in the room, she felt bad that she had nothing to give the woman. “I’m gesturing, trying to speak to her,” Sister Grace recalled, “And in Spanish, she said, ‘You don’t have to say anything, because we understand you. Because you speak with your heart.’” The true miracle of the encounter? That Sister Grace understood the whole sentence. From then on, she always remembered to speak and listen with her heart. “It made me more confident in the language,” she said.

Going abroad is often viewed as a vacation, but it can also be an optimal time to do some service for another community. In her spare time, Sister Grace visited with the lepers. Occasionally, she would give them spare change or cigarettes, but mostly she spent time just talking with them. “I loved being with them,” she said. I loved being with the poor people in the campos, trying to show them somebody cared about them, they weren’t just left there.” Most countries have opportunities for volunteerism, whether it’s long-term or just an afternoon at a soup kitchen. Get off of the tourist path and see how you can help wherever you are.

One of the best parts of being abroad is getting the chance to see another way of life and reevaluate your own worldview. For Sister Grace, an eye-opening moment was the realization that many families in the world don’t have basic utensils like forks. “One time I went to eat at someone’s house to eat,” she recalled, “And they said, ‘We have a fork in this house, now it must be here someplace!’” It was startling for Sister to see how little they had, but also humbling to know that they still invited her into their home and offered to feed her. It just shows, she said, that “some things are treasures that we don’t even know about.” 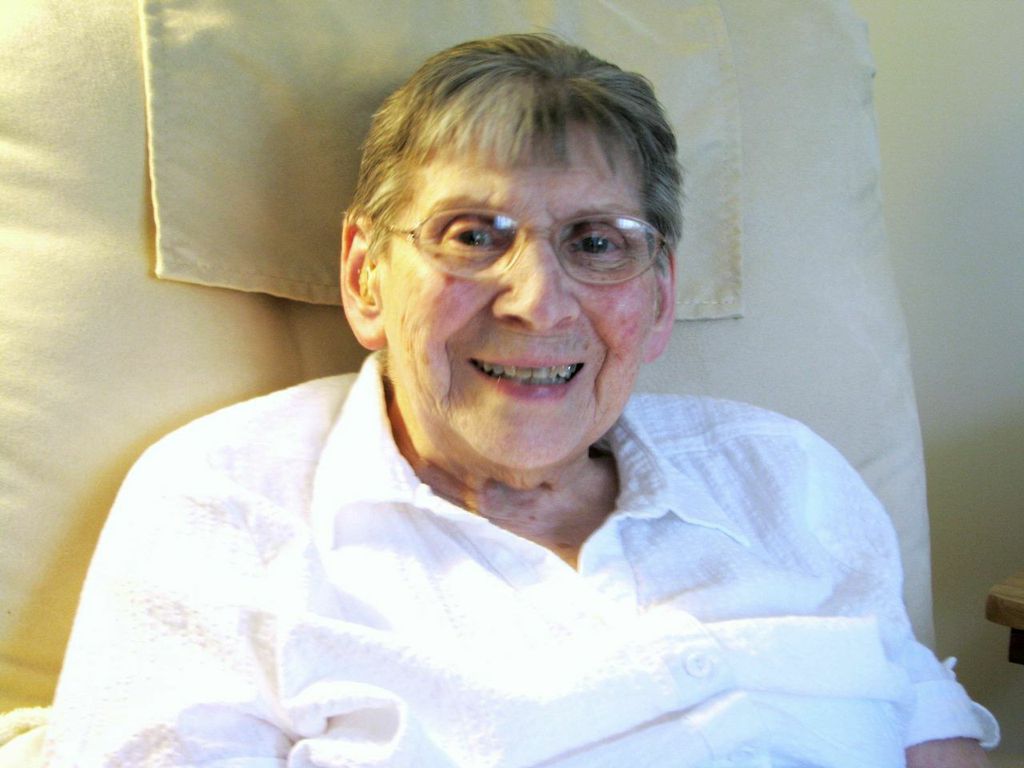 Sister Grace in her Mount-Vernon home, 2014

7. Be prepared for reverse culture shock.

Perhaps one of the most jarring experiences of Puerto Rico for Sister Grace was realizing that she had to readjust to American life upon returning to the States. “I was more used to Puerto Rican stuff!” she said. However, with her return to the States came the rewarding feeling of knowing that she could make it here and abroad. “I survived,” she said. “What do you say? I’m a survivor.”

When Sister Grace was invited to be on a Puerto Rican television program with a famous host, she definitely hesitated to say ‘yes.’ “I said how can I speak to all of your people?” she recalled telling the host. After all, she couldn’t speak Spanish, and she wasn’t one to be in the spotlight. However, once she begrudgingly agreed, she was glad she did. She went on stage and, the next thing she knew, she just started talking! “Whatever came out came out,” she said, “Half English, half Spanish, half correct, half not correct. It was an experience I’ll never forget! And I enjoyed every minute of it.”