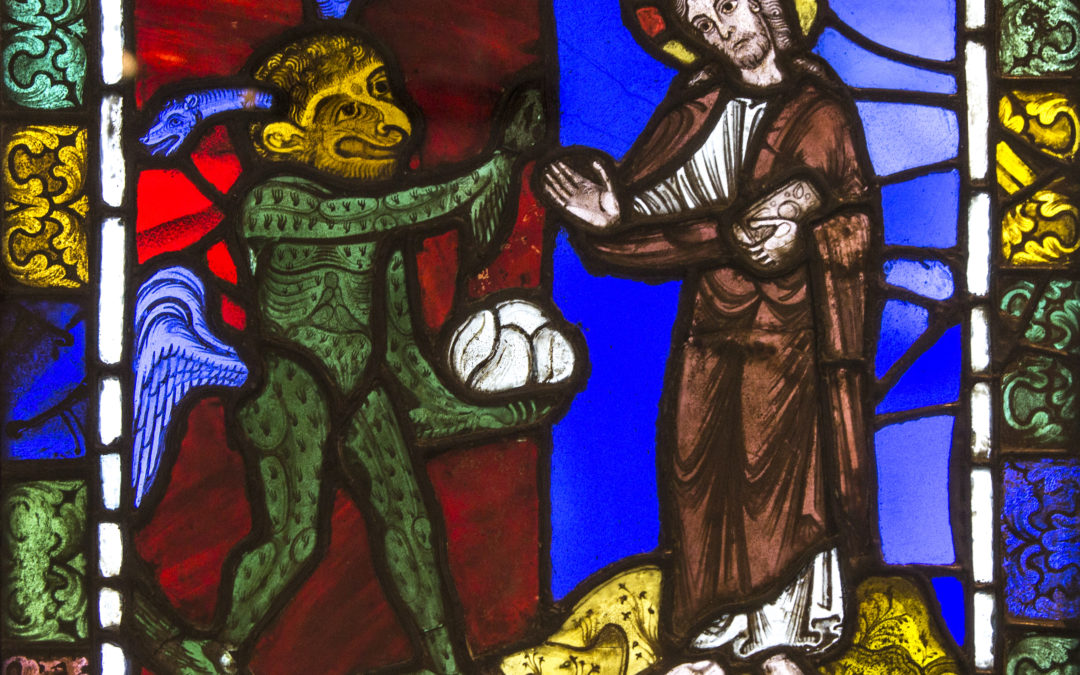 When we were in grammar school, no one would have called us well-behaved, especially during Stations of the Cross on Friday afternoons in Lent. But we were quiet as we timed the priest from station to station and silently cheered him on if he seemed to be speeding up. We meant no disrespect, but the message of the Stations was something we learned in catechism class; it wasn’t part of the lives we actually lived.

When did Jesus’ journey to the Cross become more personal, more true to our lives? That’s hard to say, but, on Ash Wednesday of this year, when we gave out ashes in our Asbury Tower community room, there was a clear sense of the rightness of the moment. People came—many people—because they wanted to. If a priest had officiated, we would have welcomed him, but the feeling would have been different. We took care of each other. 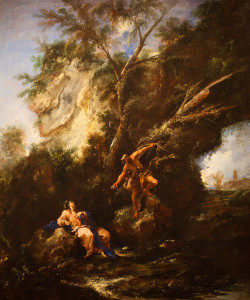 Lent is our memorial of the time when Jesus spent forty days in the silence and desolation of the desert as preparation for his ordeal on Calvary. (Many of us make retreats, some of which recommend silence and fasting, but few would consider our experiences as approaching those of Jesus.) In the customary story, the devil appears to tempt Jesus, apparently with food, glory, and wealth, but actually? With taking the easy way out, with accepting a bribe of the “good” life, with acknowledging who was really in charge.

Another version of the temptation story (from Laurence Freeman, O.S.B., The Ego on Our Spiritual Journey) makes a good deal of sense in our time. Rather than the devil appearing in the desert, the story states that Jesus “confronted the dark forces of his ego, urging him to power, self-sufficiency and pride.” According to this source, Jesus saw through these forces “and did not succumb to the temptation to give up the struggle to be real, to stay real, and to deny the easy allurements of illusion.”

Is Lent any closer now to our twenty-first-century realities? We know about the ego, about power, self-sufficiency, and pride. What do we know about the struggle to be real? Isn’t that what Calvary’s message seems to be? Being real. In his movie The Passion of the Christ, Mel Gibson used enormous violence to try to increase the reality of Jesus’s suffering. And fell short. We don’t grow closer to Jesus because of the amount of blood spilled at the scourging at the pillar, or the crowning with thorns, or the piercing of his side. Few of us will ever go through these tortures. But all of us understand suffering. We recognize it as an essential part of our lives.

Rather than the devil appearing in the desert, the story states that Jesus “confronted the dark forces of his ego, urging him to power, self-sufficiency and pride.”

In addition to his physical ordeal, Jesus suffered in ways that we suffer—through betrayal, ridicule, abandonment, disappointment, pain, loss—and, in doing so, he shared reality with us. Along with his suffering, he scorned the temptations and refused the easy way out. He lived all that reality is by going as far as a human can go. He died. He didn’t leave early. He stayed until the end.

We know that Easter will come, and I hope we know that we will eventually share in eternal happiness. But that knowing does not lessen what Lent in the present moment can mean for us, a relationship with the real.