Hope During Advent: What We Learn from Expecting New Life 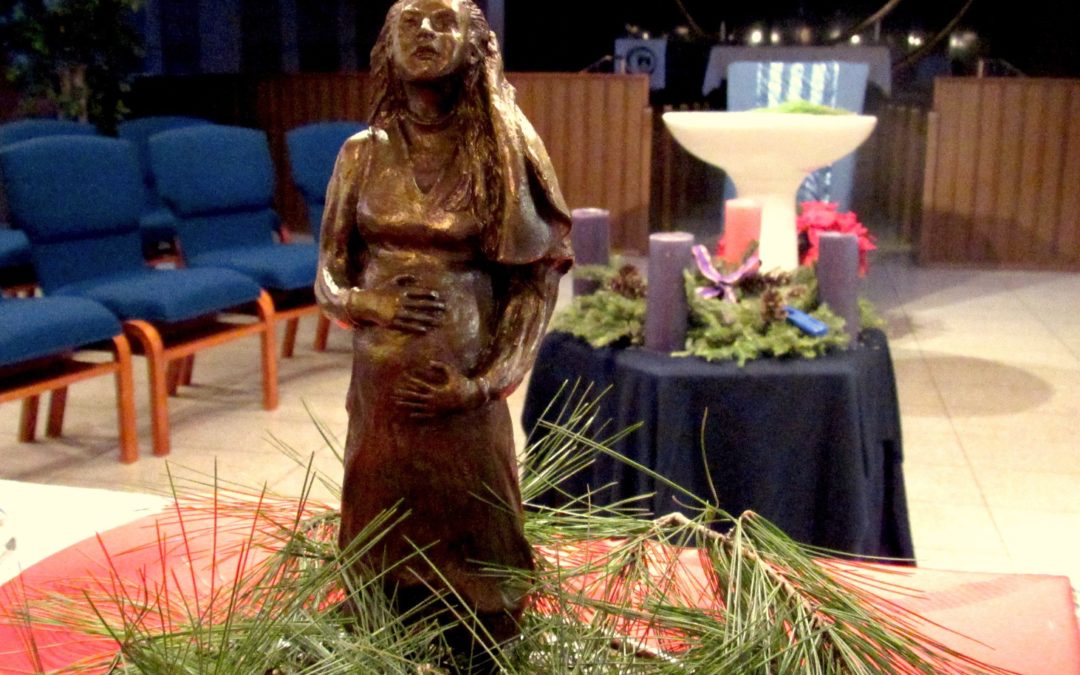 When asked about what gives her hope, Sister Veronica Miller is quick to point out new life.

“The whole cycle of pregnancy gives me hope,” she says. “The pregnant woman doesn’t know the baby yet but she loves it and waits for it— that’s hope. And the couple’s devotion to that child is hope.”

During Advent, the theme of waiting for a child is more pertinent than ever. Below, two sisters reflect on the lessons that touch them most, especially during Advent.

“I prayed on the Visitation for years and years,” Sister Anne Marie explains.

What would Mary do for an elderly cousin who’s expecting a baby? How would she be present? In the reading, we see that Mary’s presence alone was a present to Elizabeth. Mary saw a need and she responded to that need. And Elizabeth was willing to let Mary give to her.

“I give to people but I also need to receive from them,” Sister Anne Marie says. “I receive so many blessings just from presence, and also from allowing others to help when I need help. It’s a reciprocal relationship.”

“For me, it was what my community’s mission was all about: visiting,” she says. “Mary and Elizabeth visited each other when they both were pregnant, one without a husband and the other at an older age. And you can imagine them, they were just dying to get together to talk, but there was a long distance between them. Mary went and visited Elizabeth in her old age, and both of them were pregnant, and the story goes that the babies leapt in the womb because they recognized each other.”

In her work visiting people in their homes to bring healthcare in both action and knowledge, Sister Bette Ann has also experienced great joy. To this day, she appreciates the guest-host dynamic, which she finds to be a rewarding aspect of being a sister.

How can we help others to see the spirit of God in each person and in each situation?

“You went initially as a guest, because you were a guest in their home, you were on their turf,” Sister Bette Ann says of visiting the sick and poor. “And then, somehow, if the mutuality was present enough, it was switched. We would become the host and they would become the guest, because we had something that was important to share with them to improve their health or to support their well-being. To notice their children. To appreciate the difficulties they were experiencing. That guided me for a long time– it still does.”

However, for Sister Bette Ann, the theme of visiting –and her entire vocation—is about much more than guest/host relations. It’s really about Jesus.

“It’s how Jesus was in the midst of all the people he visited,” she says.

When He saw fishermen, He told them where to find an abundance of fish. When He attended a wedding, He made water into wine so there was enough for everyone. Same with the loaves and fish. Really, Jesus was more than a polite guest; He was a fantastically helpful one.

“Being present with compassionate listening and a heart for the other makes a big difference,” Sister Bette Ann says. “I always think of the quote from Sister Joan Chittister: ‘Hospitality is love on the loose.’”

According to Sister Anne Marie Bucher, the lessons from the Visitation can guide us not only during Advent, but all year through.

“We are Christ’s hands, feet, eyes, ears in this world,” Sister Anne Marie says. “How can we help others to see the spirit of God in each person and in each situation?”