Hope is: Acknowledging the Gifts of Each Woman 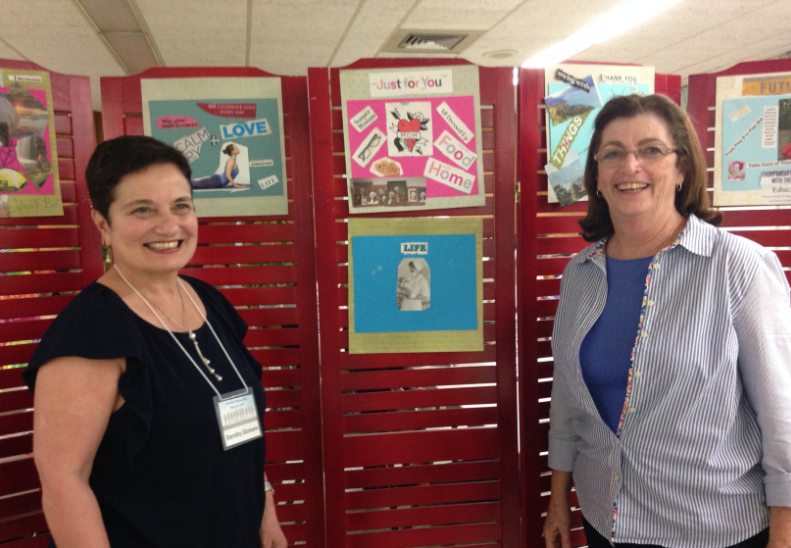 In the mid-1980s, Martha LaVallee decided to attend a Women Bearing Gifts retreat. Facilitated by the then Dominican Sisters of Newburgh (now Dominican Sisters of Hope), the weekend retreat was a chance for women to take a break from their daily lives and families to gather, reflect, and share.

Once Martha “peeled” her young children off of herself,” she found that the retreat was just what she needed.

“It was a real sense of empowerment,” Martha, now a Dominican Sister of Hope Associate, recalls. “There is such power in women sharing their stories. I experienced a sense of community, of not being alone in my spiritual journey.”

Indeed, the Women Bearing Gifts retreat encourages women to explore their spirituality, celebrate womanhood, and foster contemplation. Now, Martha and Sister Janet Marchesani, OP, work together to facilitate Women Bearing Gifts out of the Mariandale Center. The retreat is offered annually and is open to women of all ages, faiths, and backgrounds.

While the pair hopes that attendees will leave the weekend with a renewed sense of self as well as a deeper connection to each other and the sisters, registration proves that there’s a hunger for such personal enrichment. in 2018, the Women Bearing Gifts retreat sold out.

“I think women don’t acknowledge their own giftedness,” Sister Janet continues. “You have to affirm your own gift in yourself, but we hesitate to do that sometimes. Then, you can bring your gifts to others.”