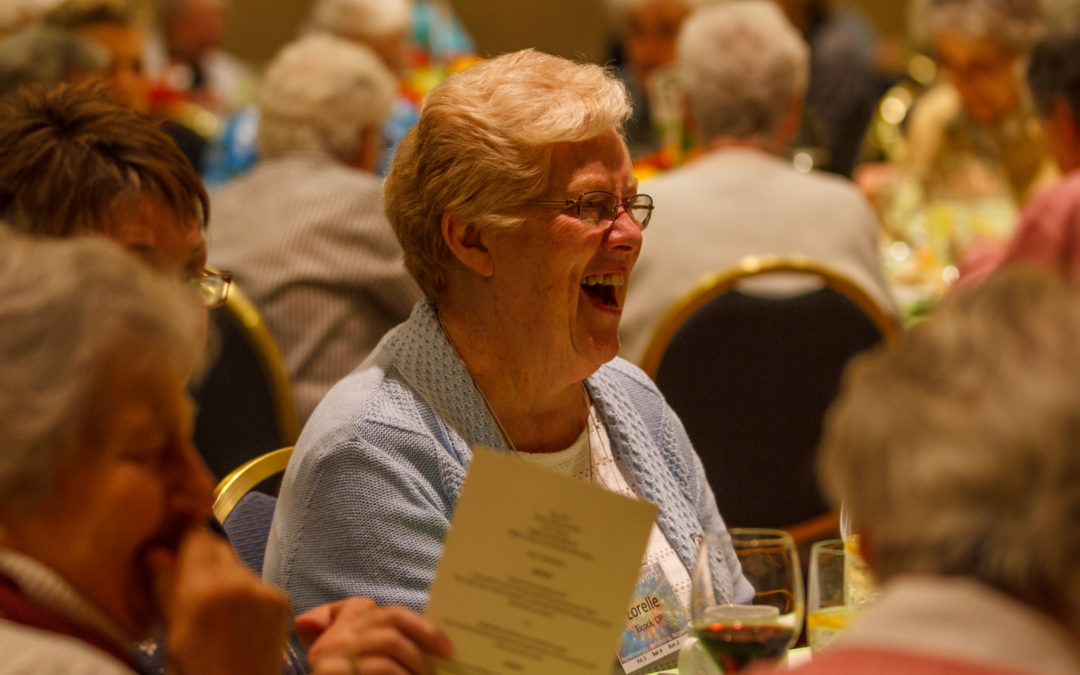 Being a Catholic Sister means being called to ministry and spirituality, but it also involves living in community. In the case of the Dominican Sisters of Hope, being a member of the congregation means participating in decision-making processes that keep the 160-plus-member congregation afloat.

The Dominican Sisters of Hope meet each year at an “assembly” meeting to discuss initiatives, voice concerns, and, of course, enjoy each other’s company. Because they live in fifteen states and Puerto Rico, this meeting is often the only chance they have to be in the same place at the same time. Every five years, this meeting involves a reelection of the congregation’s five-person Leadership Team.

Watching the sisters at their annual assembly this week, one thing becomes clear: they have a unique but effective mode of governance. Before the congregation can reach an official decision (this might regard their future as a congregation, their finances, or even their corporate stances), every member must agree on the proposed outcome. Meetings, then, involve a lot of prayer, contemplation, and discussion. (No doubt, the United States Government could learn a lot from the sisters.)

Read below to get a glimpse of how the sisters do it, and leave assembly each year closer than ever. 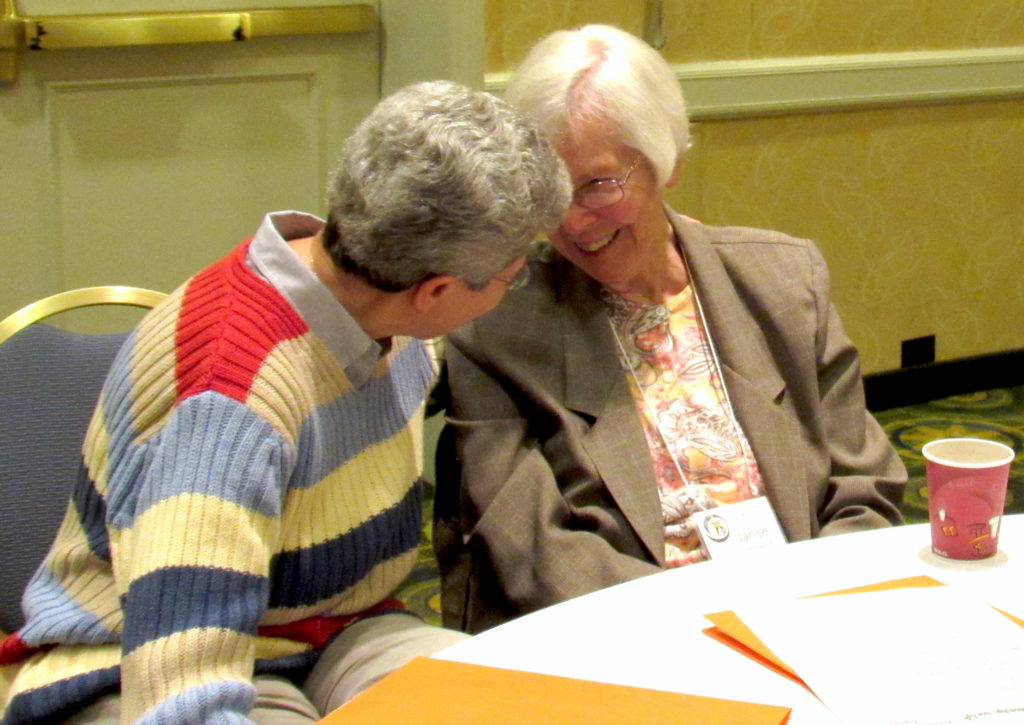 Whether it’s in small groups or among the larger group, dialogue is at the heart of every decision-making process for the Dominican Sisters. In addition to posting reflection questions and hiring a facilitator to help guide conversation, the sisters talk everything out, even if that means an occasional disagreement. 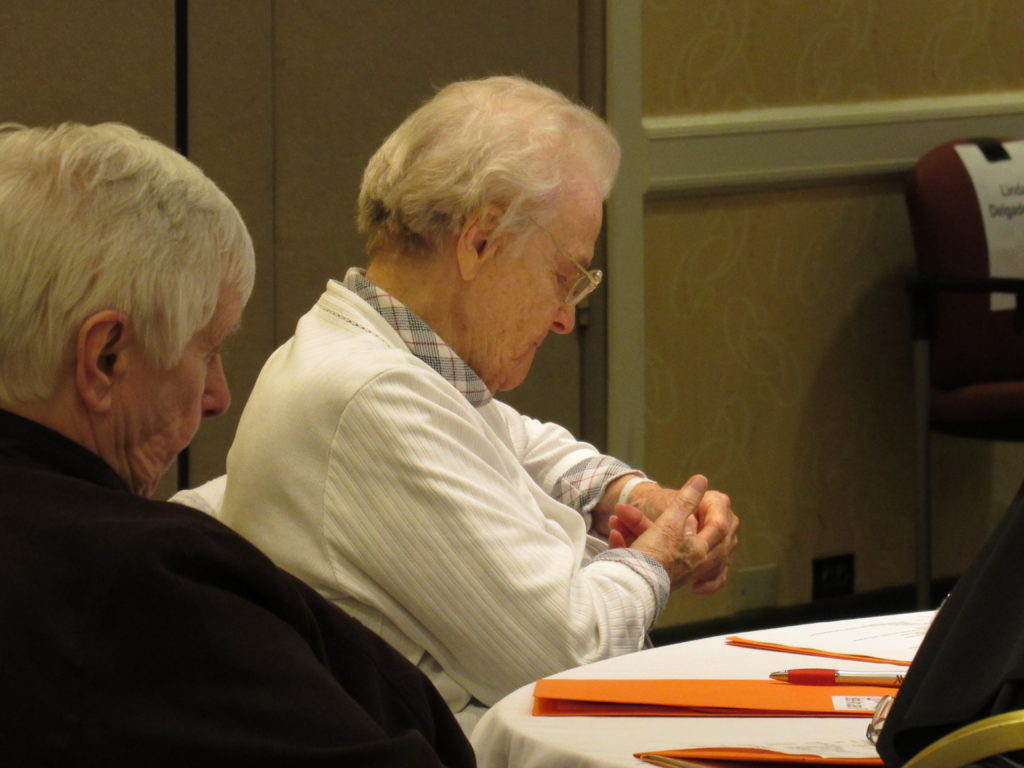 Every day begins with guided contemplation, including time for silence and centering. In the afternoons, the sisters celebrate mass together. When the days are filled with tough conversations, time for prayer helps add balance and unity to the process.

“I think the more contemplative you are, the more you’re willing to listen to the movements of God,” Dominican Sister of Hope Associate Janet Corso says. “Contemplation is not something extra to have to do, but a way of approaching life.”

For the sisters, it’s a way of approaching their time together, and the decisions they make for their time apart, too. 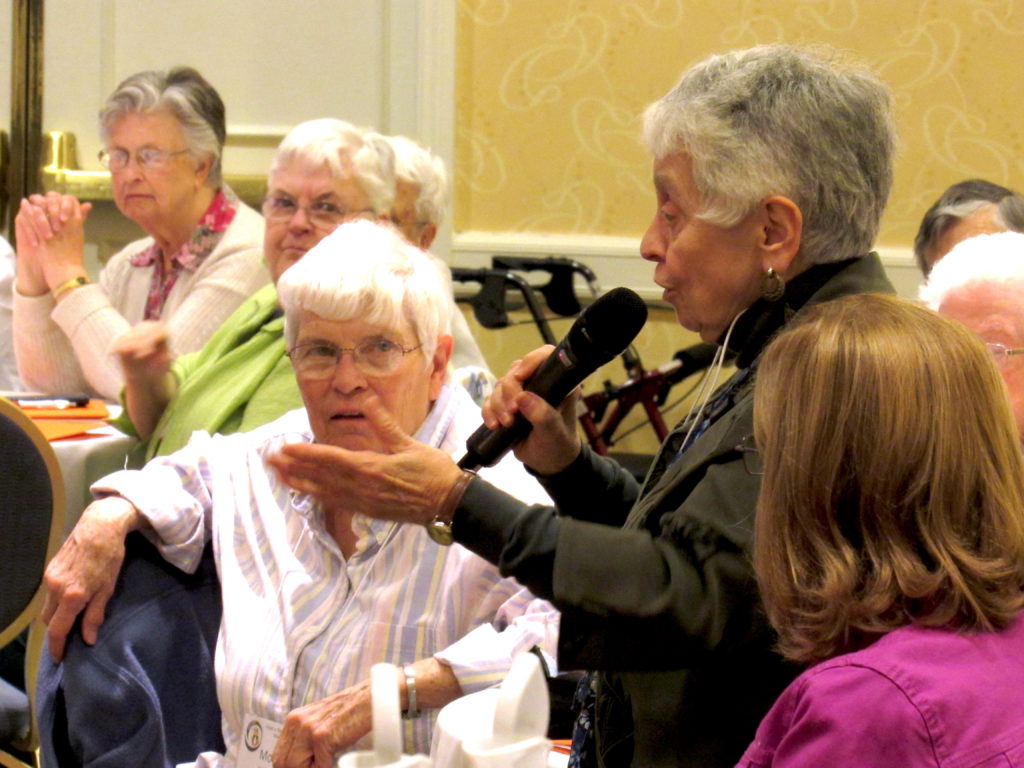 While Sisters have plenty of time to discuss in small groups and reflect independently, standing microphones remain open throughout the sessions for sisters to voice concerns, dissent, and general opinions.

While one sister talks, the congregation listens; her concern then opens up a larger conversation among the group. 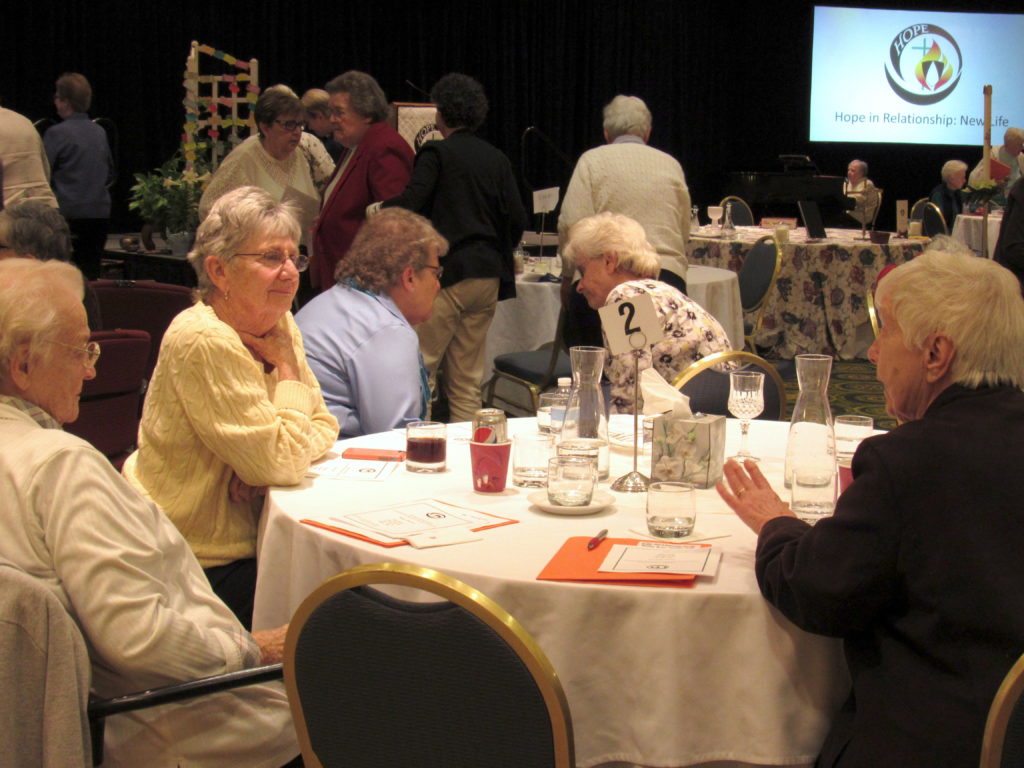 4. No One Gets Left Behind

When groups of sisters have disagreed with the majority on a decision, the whole group postpones making the decision final until the group agrees, or everyone reaches a new conclusion. In the community, it’s all about honoring one-ness.

In discussing how corporate stances are arrived upon between the Dominican Sisters in Committed Collaboration congregations, Sister Didi Madden notes that the vast majority must agree on a stance before it is passed.

“The process is long,” she says. 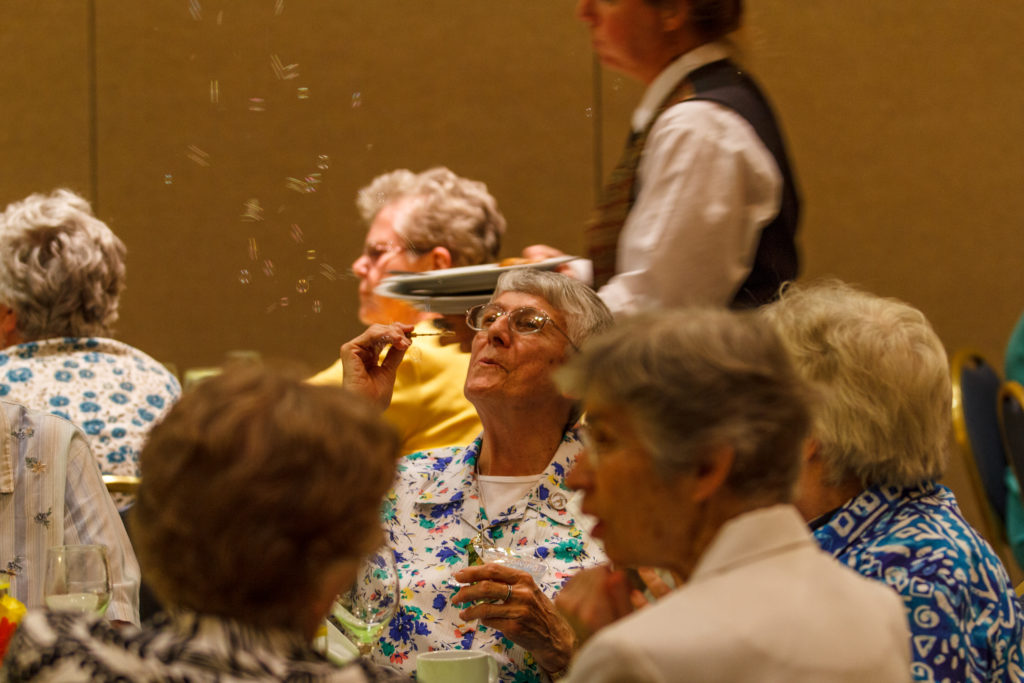 The days are filled with talks, discussion, and learning. But the sisters are sure to leave time for recreation. Whether it’s karaoke, performance, or simple bubble-blowing, the group gets in plenty of laughs.