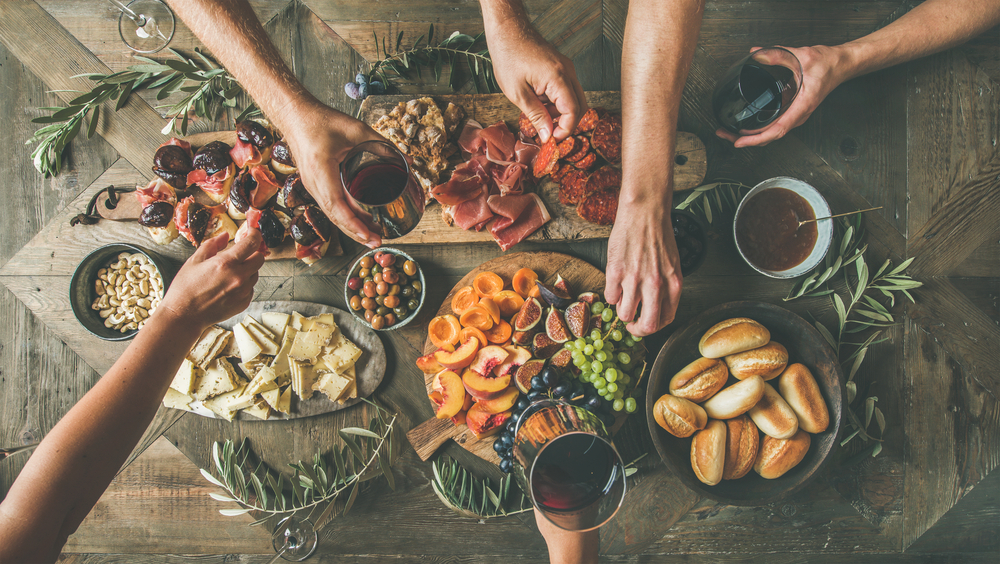 On Holy Thursday, when Jesus said, This is my body, was he referring only to the ordinary bread on the ordinary table in front of him? Father Richard Rohr, in his book The Universal Christ, believes that Jesus “was … speaking about the whole universe, about every thing that is physical, material and … spirit-filled….”

Can we accept that the word this meant —and means— the entire universe!

And, given Einstein’s space-time continuum, (about which I know pretty much nothing except the implied union between space and time), did the word “this” suddenly extend from that Last Supper moment back to what is called “alpha”—the beginning—and ahead to our understanding—and misunderstanding—of “omega,”—the end-time— so that all of reality, every thing that space-time contains, was kneaded into bread, crushed into wine and consumed one evening in Palestine in a meal that led directly to death and rebirth for the human Jesus in his identity as the Cosmic Christ?

Is this blessed and broken universe and all it contains, all it ever contained, the body of Christ? Even today?

These themes have taken over the way I think about Eucharist, as it relates to all the things of Space-Time in our universe. Things aren’t separate any more. They connect, they explain each other. They become what we call relationship.

Which leads, finally, to Scripture: the loaves and fishes story when Jesus handed over to those who loved him the work of feeding the hungry multitude on a hillside in Galilee. We’ve been taught that this episode is a symbol, a prefiguring, of the institution of the Eucharist which took place on Holy Thursday.

I think this explanation doesn’t go far enough.  Isn’t it possible—isn’t it likely, considering space-time connections, considering relationships—that the feeding of the crowd was a real celebration of Eucharist? That the food consecrated by Jesus and given to the people was the body of Jesus that made present the body of Christ? (Don’t the twelve baskets of scraps collected at the end of the meal suggest, since nothing ever goes out of existence, the expanding, the extending through time of the body of Christ?) And given what was said about connections, wasn’t this moment in Galilee joined in relationship to the Holy Thursday moment of food, death and rebirth?

What constitutes relationship? Einstein would undoubtedly reject it, but don’t we have to believe human relationships are forged by what the theologians call great love and great suffering, those elements of reality that reveal so much of the life of Jesus and our lives?  If we can accept that things aren’t separate any more, isn’t each consecration narrative, each meal-story, permeated by the connective tissue of love and suffering?  Including, potentially, our present-day meals that celebrate, that make holy, our relationships to each other?

Corpus Christi. It’s who we are.