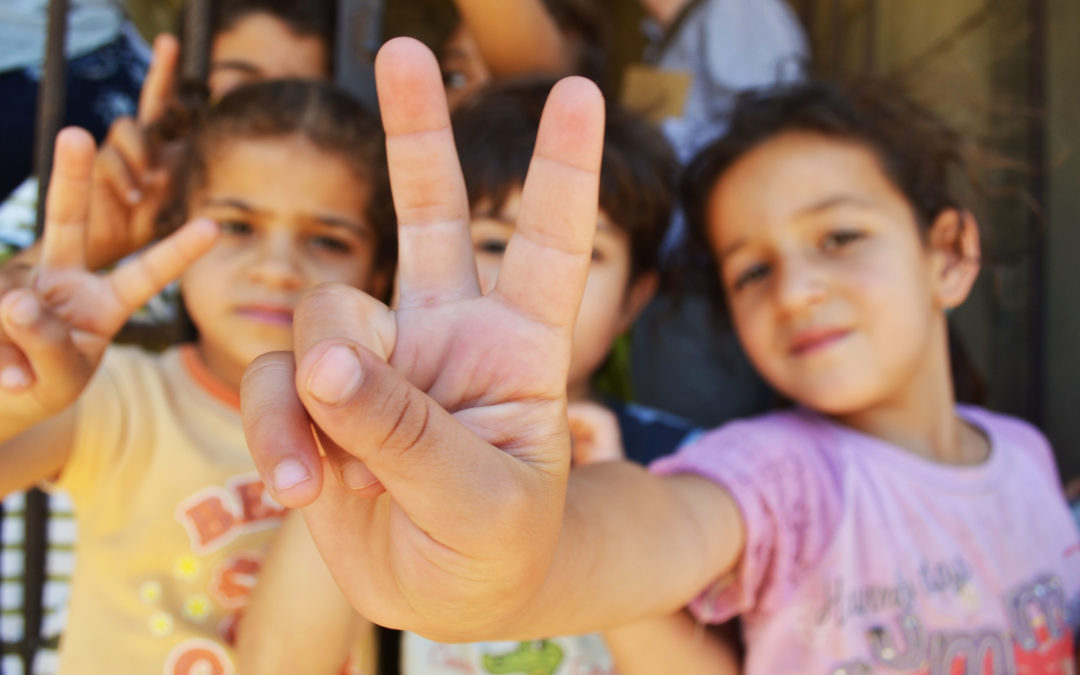 At 11 a.m. Eastern U.S. time today, James Twyman will lead the world in ten minutes of peace-making meditation. A self-proclaimed “peace troubadour,” James will pray in Syria while overlooking the villages held by both ISIL and Hezbollah. He will be joined by religious leaders representing Islam, Judaism, and Christianity.

“If it’s true that groups like ISIS emerged from the soil of war, then, perhaps, we should explore new ways to fight terrorism,” Mr. Twyman says in a video asking people to join him in ten minutes of prayer.

According to an email sent out byMr. Twyman, he has “received word that two of the Dalai Lama’s monasteries in India will be joining us for the meditation, including Gyuto monastery near Dharamsala.” Pope Francis has also been invited to join.

The Dominican Sisters of Hope will participate in this initiative by praying for peace in war-torn Syria and sending our loving thoughts and prayers to all those who are suffering. Regardless of where you are today at 11 a.m., we encourage you to take ten minutes and join us in meditating and praying for the children and victims of war in Syria.

This initiative coincides with the World Interfaith Harmony Week by the United Nations, a fitting time for many to offer their prayers of peace.

Almost five years after the beginning of Syria’s civil war, the country needs prayers for peace now more than ever. The war has killed over 220,000 people, half of whom are believed to be civilians. Bombings are destroying crowded cities and horrific human rights violations are widespread. Basic necessities like food and medical care are sparse.The U.N. estimates that 6.6 million people are internally displaced. When you also consider refugees, more than half of the country’s pre-war population of 23 million is in need of urgent humanitarian assistance, whether they still remain in the country or have escaped across the borders.¹

In the face of a crisis of this magnitude, James Twyman’s call for peaceful meditation is certainly a small offering. Nevertheless, it’s a powerful one.

After admitting that he doesn’t know if the initiative will “work,” he offers a vote of hope:

“With all the suffering that’s happening right now in the world, isn’t this worth a try?”