When God’s Plan is a Dance 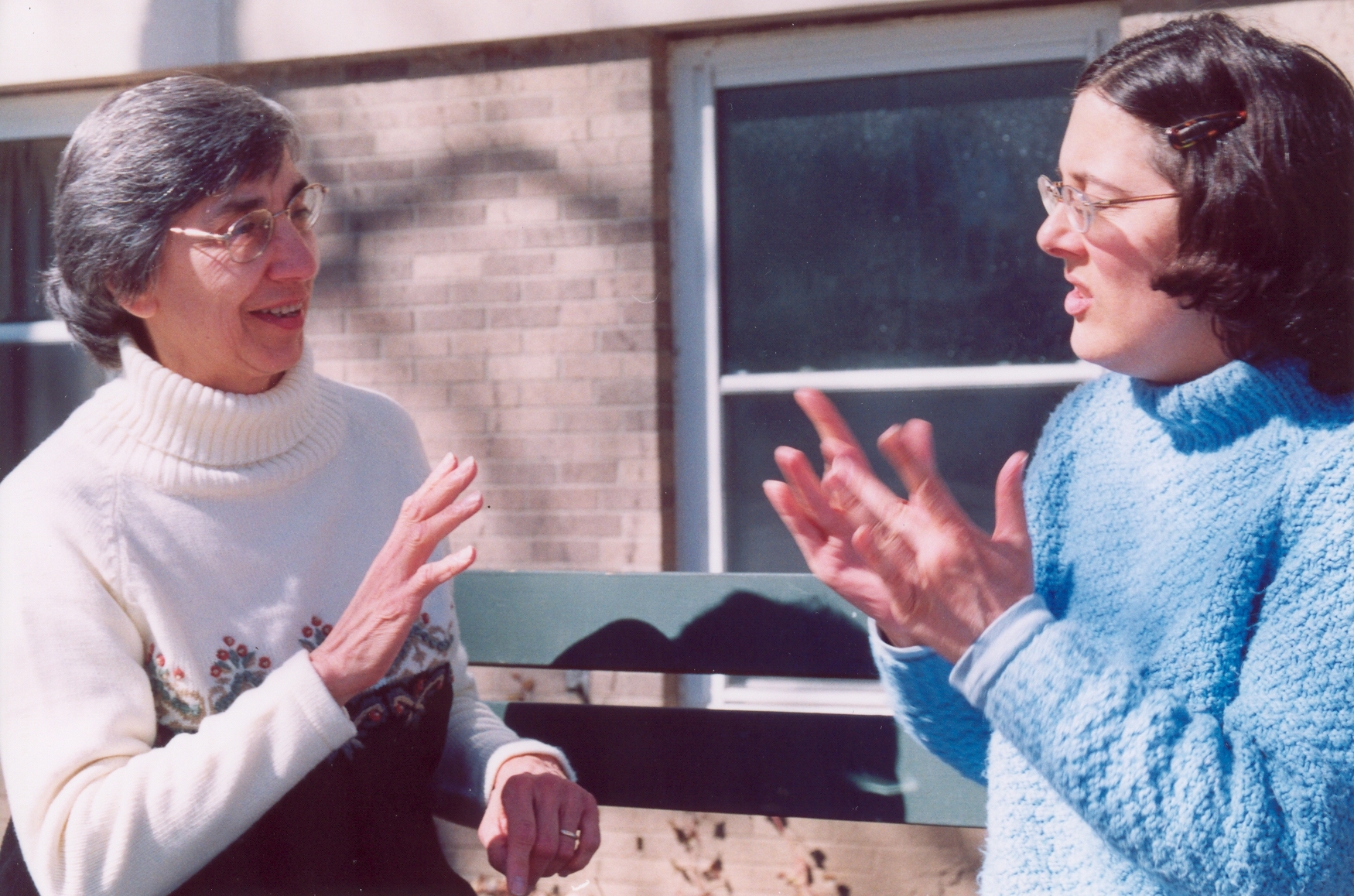 When Dominican Sister of Hope Janet Marchesani was a young girl in southern New Jersey, she dreamed that she would grow up to be a ballerina.

The idea wasn’t so far-fetched. Sister Janet had taken dance and piano lessons since she was ten years old. By the time she was in high school, she wrote an autobiography for a school assignment about how 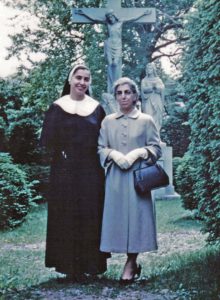 Sister Janet with her mother

she would become a professional ballerina post-graduation.

Then her father had a heart attack. He owned a tailor shop that supported the family; after Sister graduated from high school, her mother asked her to stay in the shop to collect dry cleaning and garments to be pressed.

“The shop was a tailor shop with about three sewing machines, a big presser, a counter for taking in the cleaning and pressing, and, of course, the things to hang them on,” Sister recalls.

Time in the shop meant time alone; Sister Janet ironed shirts, fingered the spools of thread. As she watched over the shop, Sister felt that something else seemed to be tugging at her. She began to seriously consider entering the convent.

Although entering the convent meant giving up dancing, Sister knew that it was the right decision for her.

“They used to have vocation talks in school,” Sister shares. “When I was in the eighth grade, one sister came in and told a story about this girl who loved to dance. She meant social dancing but I took it to heart. The girl had a [religious] call[ing] and she had red shoes.”

“I still remember it,” Sister Janet says. “I was sitting up in the balcony in the auditorium and she was on the stage. And I could just visualize this woman taking her red shoes, putting them in the closet, and closing the door.”

Still, Sister Janet’s dancing past wasn’t for naught. In the convent, Sister danced whenever she was 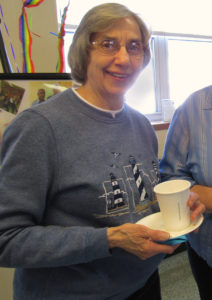 allowed. She and the other novices put on shows for each other. As she laundered the community’s habits, she danced around the laundry room basement to her own humming. On one occasion, the Novice Director walked in and discovered her dancing around.

“I had a broom because I was preparing the candy cane dance,” Sister Janet says. “The Novice Director walked in. She put the broom down and she never said a word.”

As she continued in the convent, Sister Janet’s full-time ministry became teaching. She liked it well enough, but it was never her passion. After the Second Vatican Council, when sisters began to consider different ministries, Sister Janet sought to begin a new career. When she worked with a priest who invited her to learn sign language, she was intrigued. 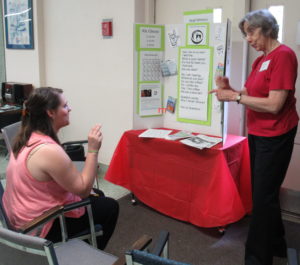 “I was so moved by the whole experience,” Sister Janet says. “There was a sister who was signing songs, and I said, ‘I’d like to do that.’”

Sister Janet took courses in Pennsylvania for Pastoral Ministry for the Deaf. She did counseling and religious education in a school for the deaf; she interpreted Mass and sacraments at the Pittsburgh Catholic Deaf Center.

“This is it,” Sister says. “Right away, I felt comfortable with the deaf people and with that ministry.”

For her, the ministry wasn’t just about communication; it was a way for her to use her body much in the same way she did while dancing. It was expressive; it was about connection. According to Sister Janet, her history of dance makes her “more fluent” in American Sign Language.

She’s also felt acceptance among those with whom she signs. 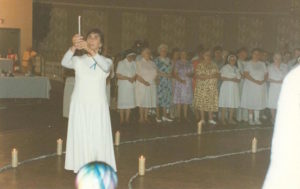 “The deaf community can be a closed community, and, often, they’re leery of inviting hearing people to be a part of them,” Sister says. “But they accepted me into their community, both in Pittsburgh and New York, with love and trust.”

Decades after her first sign language class, Sister Janet is still speaking sign language. She translates Masses twice per month, she offers support and counseling for the deaf, she teaches deaf teachers, and she teaches classes in Chicago.

As for her dream of dancing, she never quite gave up on that, either. 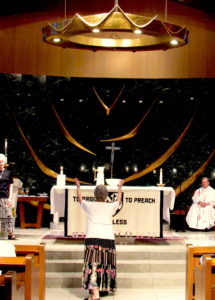 And, while dancing often involves performance, she also dances privately as a form of prayer.

Sister wakes early in the morning and goes to a private room where she prays the Our Father with bodily movements. She then does yoga and a sitting meditation.

“I firmly believe that God made us body,” Sister Janet explains. “We are embodied people. Therefore, when we pray, why not use our bodies? When you get excited, your whole body comes alive. Why can’t you bring that to God?”

Whether she’s signing, dancing, or praying with her body, Sister is connecting with God. No doubt, her adulthood turned out even better than she had hoped it would as a young child.

“I think God has a plan, and it all comes together in the end,” Sister Janet says. “I never thought I’d end up working in deaf ministry. But the dancing, the deaf ministry— it was all part of God’s plan, unknown to me!”