Why Are You Going to See the Pope? 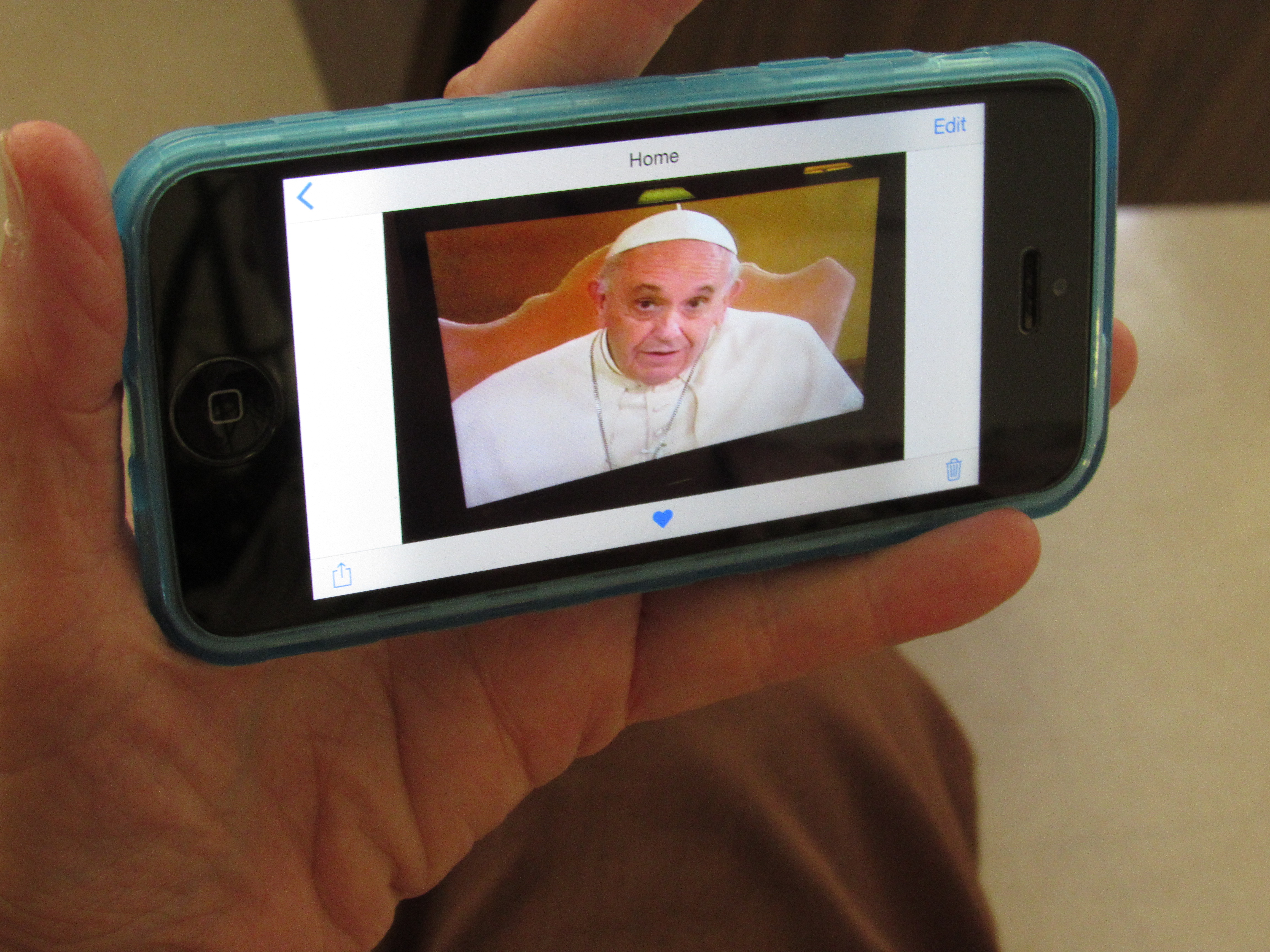 Sister Mary Headley shares an image of Pope Francis on her phone. “The expressions on his face were so beautiful,” she says.

When Dominican Sister of Hope Mary Headley, OP begins talking about Pope Francis, her eyes light up. It isn’t long before she’s scrolling through her phone’s camera roll to share some photos of the Holy Father.

The photos are from ABC’s “Pope Francis and the People” special, which Sister Mary watched earlier this month. During the program, the Holy Father connected with three separate American audiences via virtual live-stream. As Sister Mary quickly learned, this wasn’t just a chance for him to homilize. Instead, Pope Francis spoke to a single mother, a girl who had been bullied in school, and a teenage Mexican immigrant who strives to take care of his family, and he encouraged them all with great love.

“He spoke so tenderly,” she recalls. Moreover, she found the subject matter important and timely.

“He was taking subjects such as homelessness and immigration, many of the things we see in political debates, and focusing on them,” Sister explains. “And the expressions on his face were so beautiful.”

The 20/20 program wasn’t Sister’s first encounter with the Pope. A week prior to its airing, she went to Stella Maris Retreat Center for a WATERSPIRIT retreat that dealt with Pope Francis’s encyclical on the environment.

Once again, she was taken by the beauty of Pope Francis’s words and the truth behind them, this time concerning climate change. She says that the way he discussed the earth was beautiful; she appreciates that he brings all of creation into the spotlight.

“The people of God, all of us, need affirmation, and compassion, and love. I think the Holy Father exemplifies those things.”

“Our Church has been brutalized so much that, to have him come and speak of these subjects, it’s beautiful,” Sister Mary says. 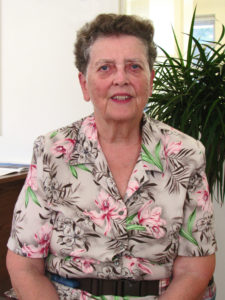 Naturally, when she was offered a ticket to attend Vespers with Pope Francis in Manhattan’s Saint Patrick’s Cathedral, Sister Mary jumped at the chance. She jokes that it’s because she’s “young and able,” but it’s clear that her real reasons run deeper.

Sister Mary is excited about the diversity of the crowd, the Pope’s history of focusing on an array of worldly issues, and the great hope that he inspires.

“He exemplifies the Good,” Sister Mary explains. “Where is the Good when you look at the evening news? Maybe they talk about good things for a few minutes, at the very end. But Pope Francis radiates it, and so many people are attracted to it, and need it, and want it.”

No doubt, this Dominican Sister of Hope is among them.

“That’s hope,” she confirms. “I hope to leave Vespers uplifted, and encouraged, and affirmed.”

Dominican Sister of Hope Patricia Jelly, OP, who will attend Pope Francis’s Mass at Madison Square Garden, has different reasons for going to see the Pope. She’s aware that she’ll be among crowds, but, nonetheless, she feels that the situation is a “workable” way for her to lend support to Pope Francis’s papacy and mission. 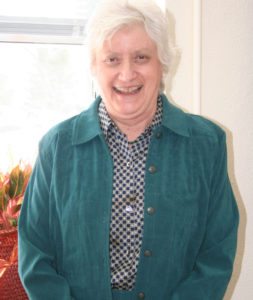 She hopes that, by attending the mass, she’ll do her part “to help our Pope continue to be the wonderful voice that he is for many people.”

Sister Pat feels that Pope Francis is good at creating a climate of openness while still maintaining the integrity of Church doctrine. Sister Pat knows this balancing act well: at the moment, she is working with an environmentalist to create study sessions in her living place on climate change and what we can do about it.

While she works on-the-ground, she hopes to take a stance for those on all levels of the Church.

“I really hope to be a supportive presence at the mass,” Sister Pat says. “I think that Pope Francis needs a tremendous amount of encouragement.”

“Where is the Good? Pope Francis radiates it, and so many people are attracted to it, and need it, and want it.”

As she talks about her upcoming experience, Sister Pat brings up another important point: she admires Pope Francis’s desire to be open to crowds rather than shielded from them, especially in his modes of transportation.

“He’s demonstrating that he really wants to be with those who come to see him,” Sister Pat explains.

The mission of fearlessly being with others is near to her heart.