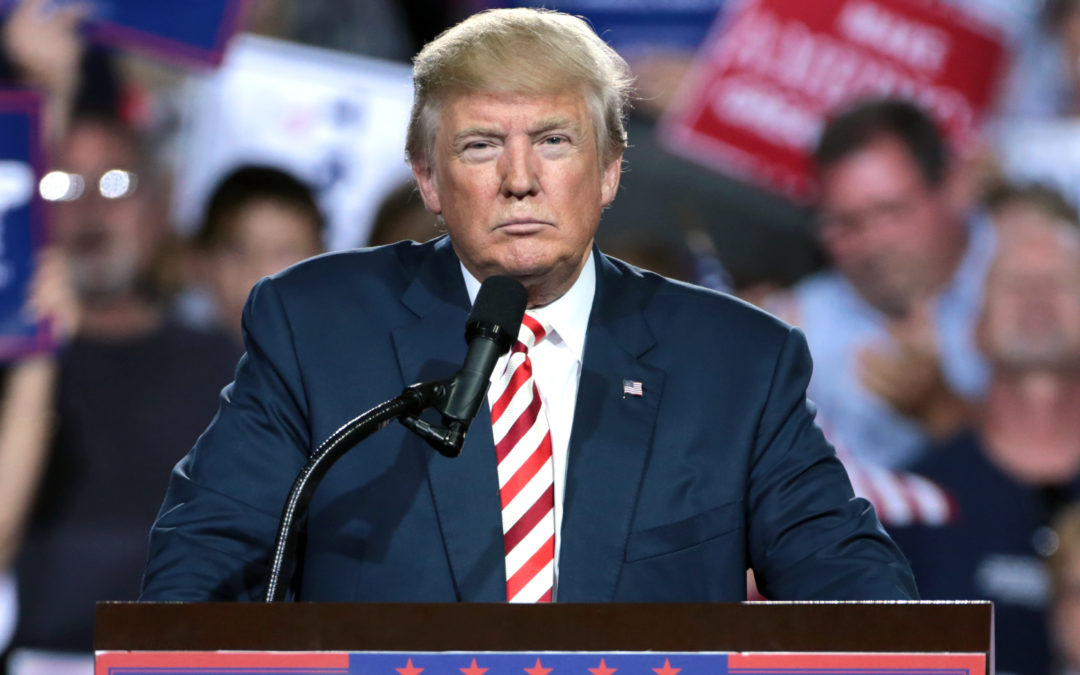 The following is a letter sent by the Leadership Conference of Women Religious during its annual 2019 conference to President Trump on August 14. The letter, affirmed by the 663 LCWR members gathered in assembly in Scottsdale, Arizona, calls upon the president to end all divisive rhetoric. The letter states in part, “We implore you to never use language that disrespects, dehumanizes, or demonizes others. We expect our president, and all who serve this nation as leaders, to be always mindful of the common good and the dignity of each and every person. You hold a position that has the potential to inspire the best of every one of us and we ask you to use this unique status to bring about healing and never seek to create division.”

Describing the practice we, as Catholic sisters, use to daily examine our own words and actions in light of our beliefs, we urge the president to adopt a similar practice in regards to use of his moral authority.This call comes after the Dominican Sisters of Hope issued a statement against global violence in May, which strongly condemned violence in all forms, including attitudes, words, and abuse, as a solution to any crisis. Read the full text below:

We live in a world increasingly marked by hatred, brutality, and violent conflict. We see our own country threatened by increasing disparities in economic, political, and social power. We are caught in a political culture paralyzed by ideological extremism and hyper-partisanship. These are times that require exceptional insight and courageous leadership.

In the face of these unprecedented challenges, we are outraged and heart-broken when our political leaders appeal to our basest instincts and stoke the fires of fear that threaten to tear the fabric of our nation apart. We cannot, we will not, let the voices of hatred and fear carry the day.

Mr. President, we beseech you to end all divisive and polarizing rhetoric. We implore you to never use language that disrespects, dehumanizes, or demonizes others. We expect our president, and all who serve this nation as leaders, to be always mindful of the common good and the dignity of each and every person. You hold a position that has the potential to inspire the best of every one of us and we ask you to use this unique status to bring about healing and never seek to create division.

The people of this pluralistic nation form a diverse polity characterized by a wide variety of beliefs, experiences, and interests. Disagreements and differences have the potential to challenge all of us to abandon easy certainty and seek a fuller truth. The problem is not our many differences or passionate disagreements. Those differences are our greatest strength; those disagreements are opportunities for growth. It is how we handle those inevitable conflicts that spells the difference between building the common good and destroying the bonds that bind this nation.

In his address to the US Congress in 2015, Pope Francis invited our political leaders to promote respect for the dignity of every human person and to renew their commitment to a spirit of cooperation.  He also addressed each of us and all who seek to lead this nation when he said, “Each son or daughter of a given country has a mission, a personal and social responsibility . . . You are called to defend and preserve the dignity of your fellow citizens in the tireless and demanding pursuit of the common good, for this is the chief aim of all politics. A political society endures when it seeks, as a vocation, to satisfy common needs by stimulating the growth of all its members, especially those in situations of greater vulnerability or risk . . . Building a future of freedom requires love of the common good and cooperation in a spirit of subsidiarity and solidarity.”

As Catholic sisters, our ministries frequently require us to be in the heart of situations of discord and division, and thus we understand the great complexities and challenges that are inherent in the work of reconciliation. We too have to reach deep within ourselves to bring forth the grace and strength that are needed to not give in to the temptation of labeling or judging those who are different from us. We share with you, Mr. President, that maintaining this fundamental stance in life requires discipline and fortitude and a constant examination of our daily thoughts and deeds in light of our beliefs. We sometimes come up short, but pledge to do better each day because we are aware of the moral authority we, as sisters, bear. We ask you, Mr. President, if you would consider a similar examination of the practice of your own moral authority.

We send this letter to you as 663 Catholic sister leaders gathered in assembly in Arizona. We and approximately 700 other Catholic sisters are members of the Leadership Conference of Women Religious and represent approximately 35,000 sisters who minister throughout this nation. We promise to never cease raising our voices on behalf of the common good and praying for the healing of this country.

The Dominican Sisters of Hope

and all Members of the Leadership Conference of Women Religious