Hope is: Rebuilding Homes and Lives 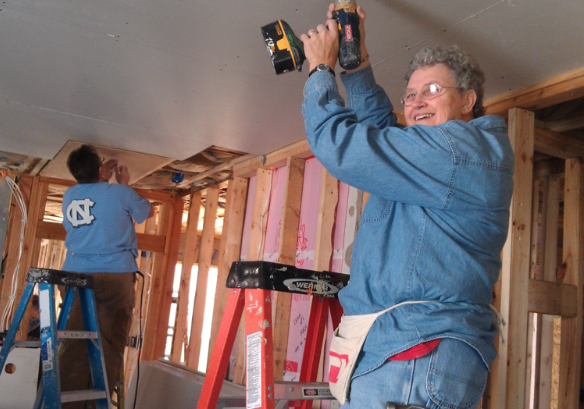 For those affected by Hurricane Katrina in New Orleans, “home” might not seem very appealing. Long after news coverage of the disaster dissipated, many were stranded with nothing and were unable to return to their unlivable homes. In 2017, New Orleans was hit with a tornado.

Now, many are still struggling to get back into their homes.

“I would wonder, ‘Why do you want to go back?,” Dominican Sister of Hope Sharon Yount, OP admits. “But they want to. It’s the place where generations of their family grew up; they all lived in the area or nearby. It’s their home.” 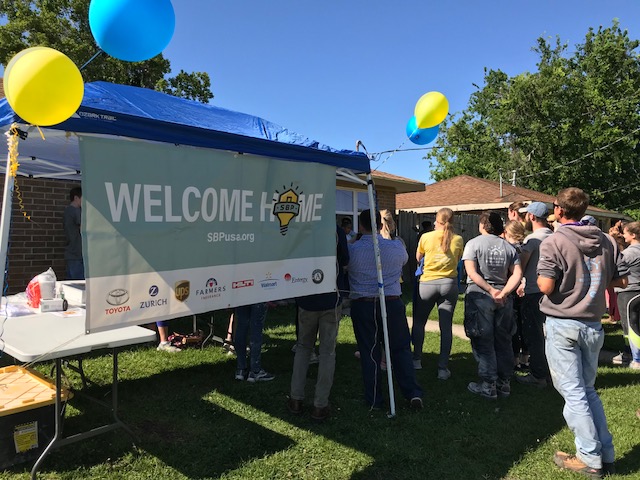 A licensed carpenter and electrician, Sister Sharon joined the St. Bernard Project, which works to build homes and provide prompt relief to disaster-impacted citizens and communities such as those in New Orleans. For the past ten years, Sister Sharon has gone to New Orleans to participate in a week-long build project called Nuns Build. Putting her skills to such a worthy use has been life-giving for her.

“We all have a place that’s home to us,” Sister Sharon says. “I feel energized when I’m building homes for others.”

During this time, Sister has seen a number of “homecomings.” In one case, an older woman was able to return to her family home after years of living with various siblings and family members. In another, a family’s home was eradicated of unsafe conditions that were aggravating the family members’ asthma.

As Sister says, nothing is better than helping a person return home after years of displacement. One look at the woman who was able to return home after a number of years safe in her living room, and Sister is happy.

“After our building,” Sister Sharon says, “she was finally home.”