Hope is: Sewing the Way to a New Future 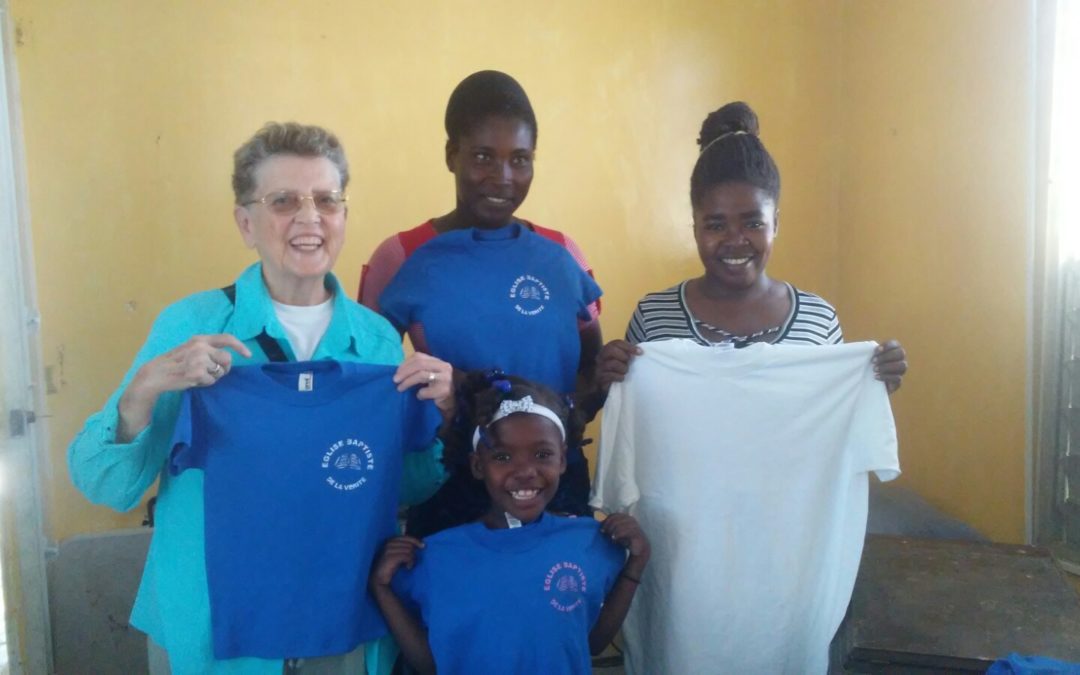 In 2015, when Dominican Sister of Hope Mary Headley, OP completed her first trip to Haiti, she was hooked. She talked openly about the need, her ministry of presence, and the hope of it all. By 2016, she was on a plane back to Haiti for a second time.

Sister Mary has now completed three trips to Haiti, and she’s also felt especially called to help in one particular way. There was a desire in Cuvier for men and women to learn how to sew. The benefits were two-fold: it would give the adults an industry, and the results would provide the required school uniforms for the children. 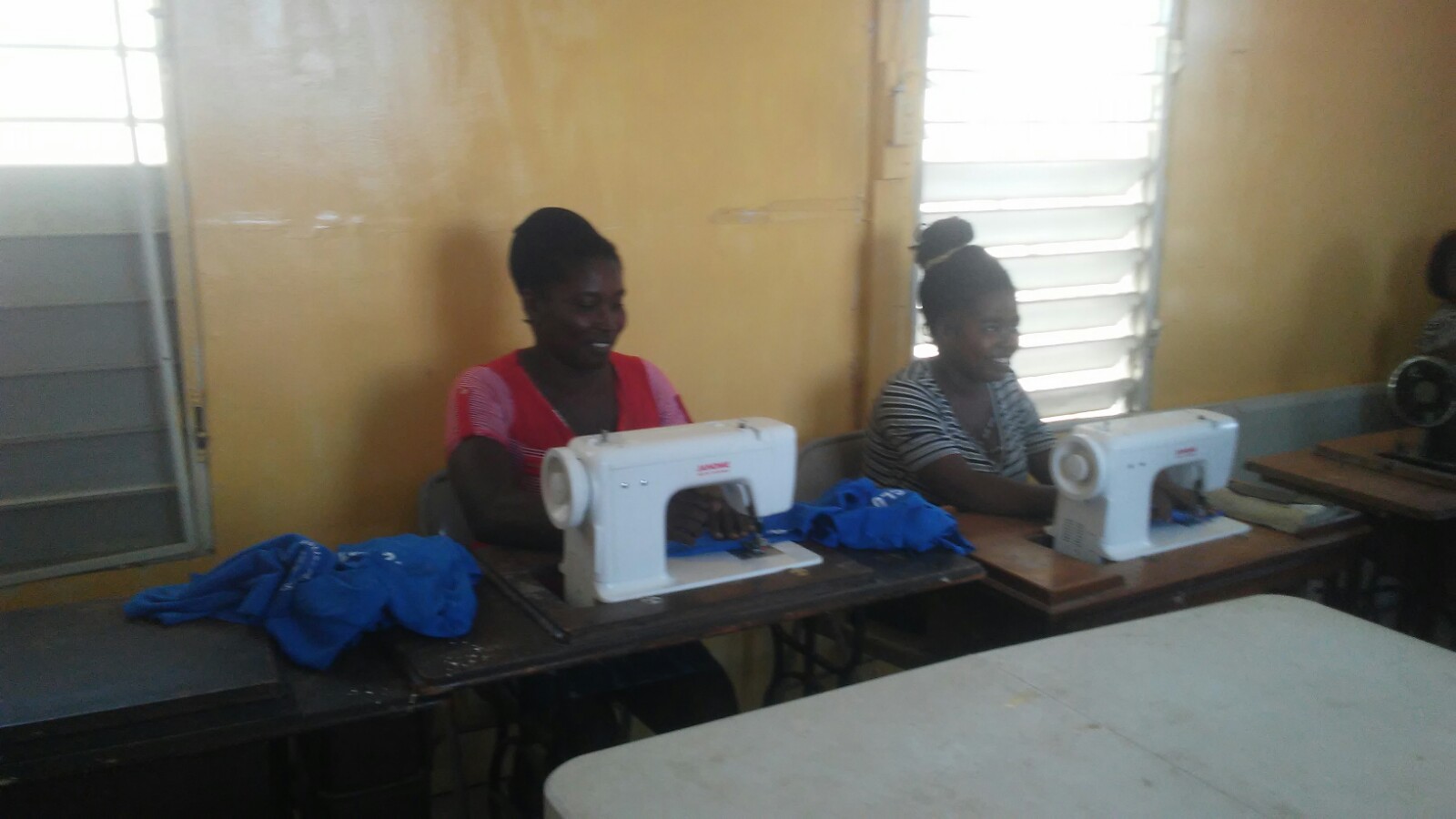 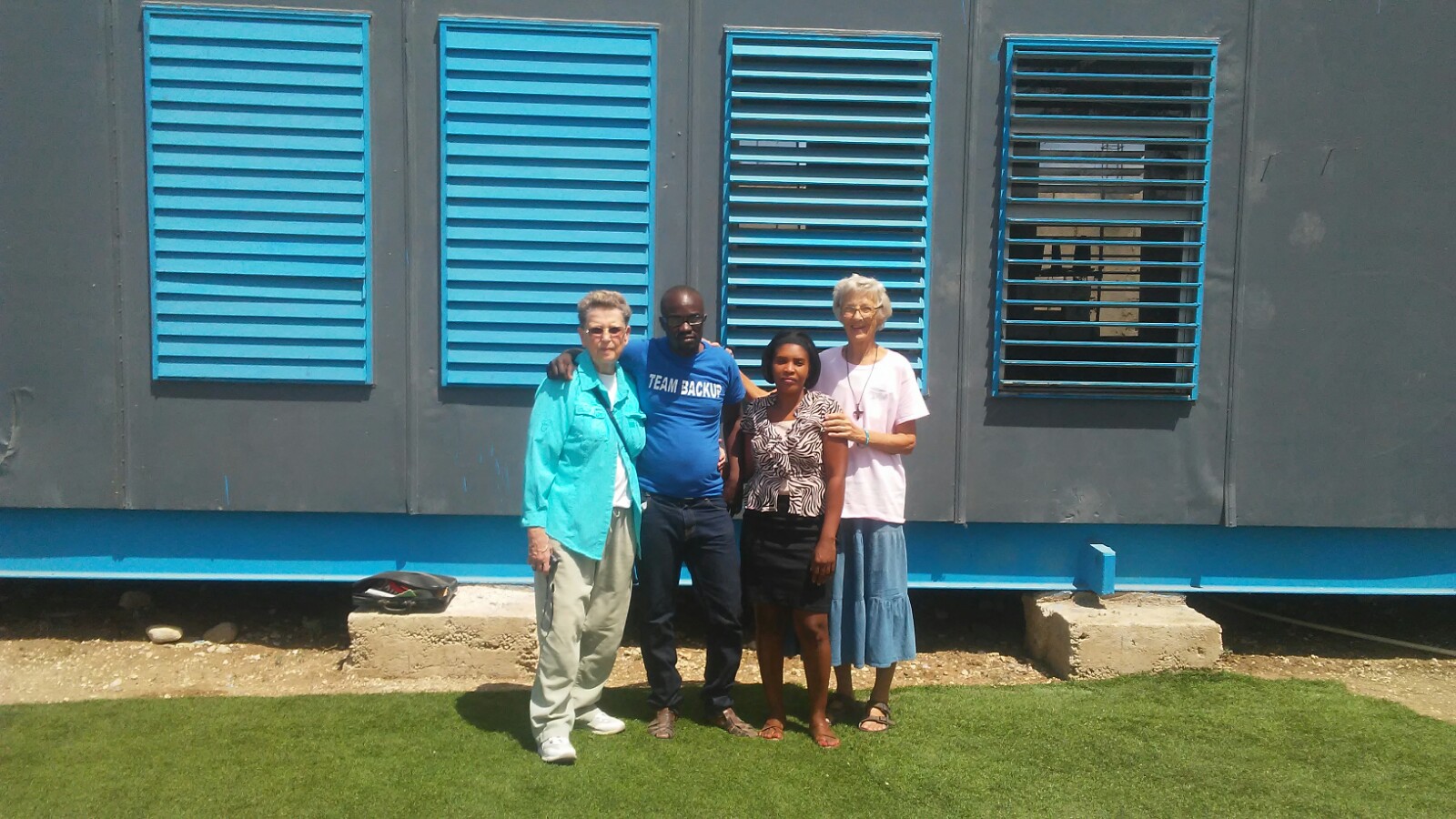 Sister Mary (left) outside of the sewing school

The community already had a trailer donated to use as a sewing school, but the donation came with a slew of complications. First, the trailer had to be transported to Cuvier. Once it arrived, a wall had to be knocked down so that it would fit within the walled community. It needed to be painted, it had no electricity, and it was void of sewing machines or other equipment.

“The roads are swampy,” Sister Mary Headley explains. “I can just imagine this sixteen-foot trailer on dirt roads coming through Port Au Prince, with traffic and crowds of people.”

The trailer was transported, and on Sister Mary’s most recent trip to Haiti she was given a tour of a fully functional sewing school with foot-pedals. The outside is painted blue. 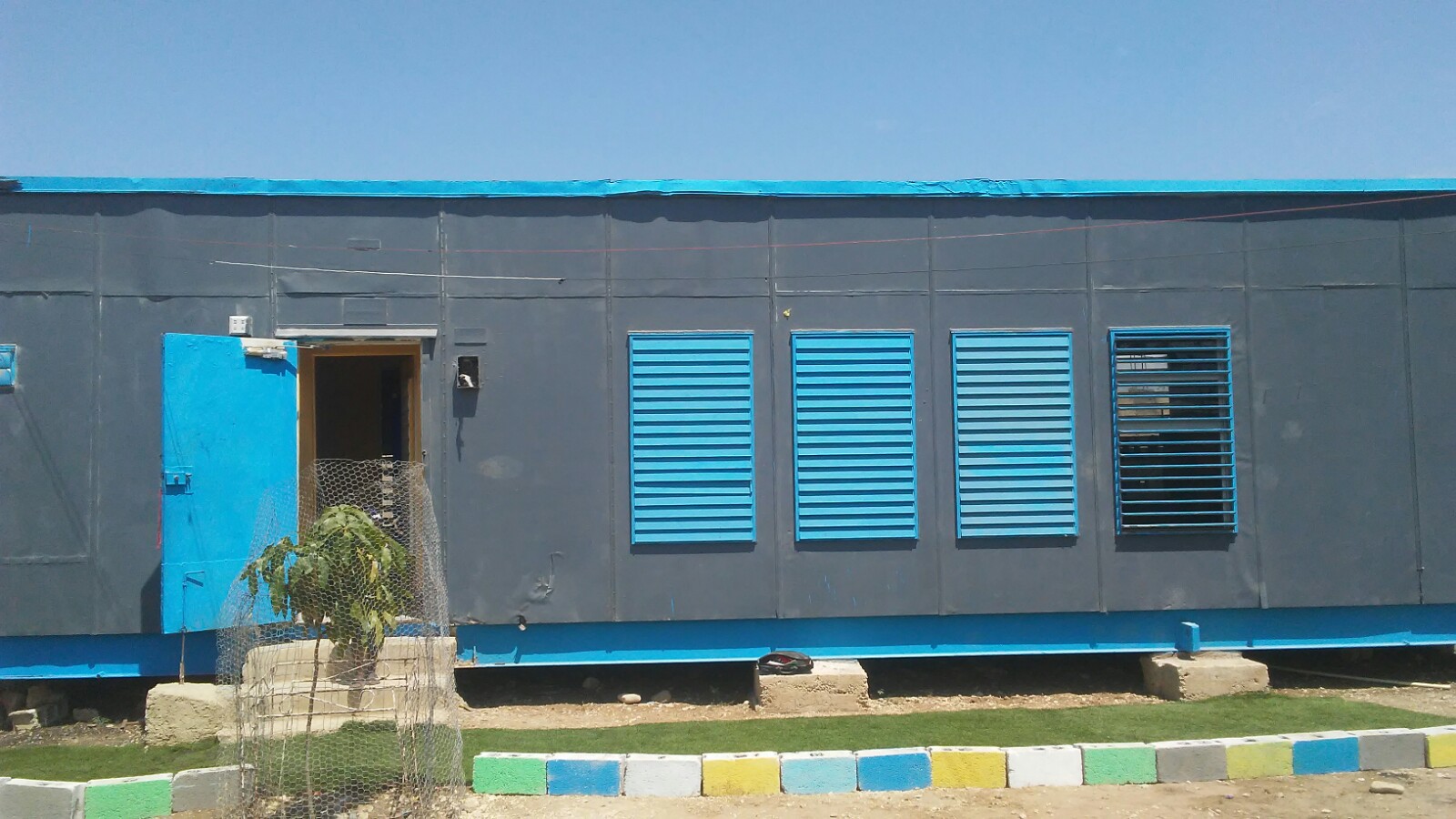 The sewing school in Cuvier, Haiti

In the future, the school hopes for electricity and more advanced sewing machines that will allow them to make the proper school uniforms. As Sister Mary has toured the village, she has also become aware of other needs: a man on a mountain who created a makeshift movie theater with old aluminum, wood boards, a television, DVDs, and a generator; women who are seeking to start their own hair-braiding salon.

“This kind of ingenuity will enable them to live independently,” Sister Mary says. For her part, she wants to nurture it.

“It’s the Holy Thursday of discipleship. It’s the Good Friday of suffering and dying. It’s the Saturday of waiting,” Sister Mary says. “And then Easter Sunday there are Alleluias! And Hope is such an essential part of it all.”