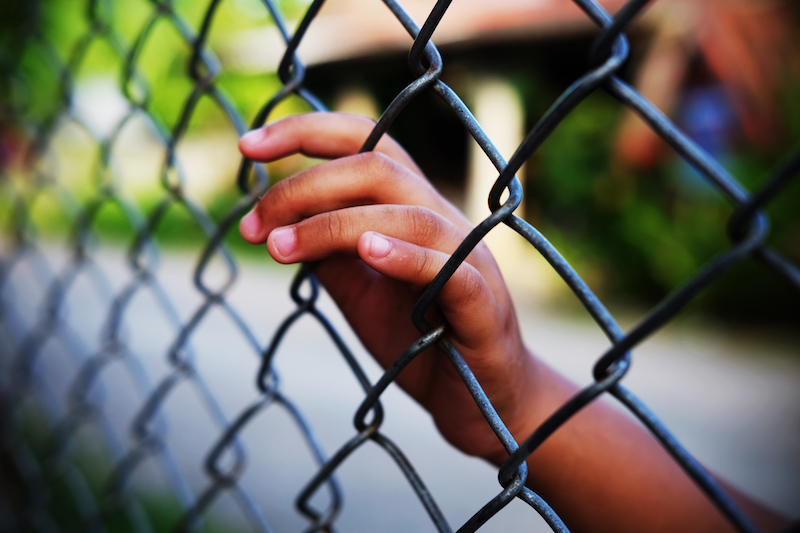 Today I was reflecting on the scriptures in which Herod, learning from the Magi of the birth of Jesus whom they name New King, is thwarted from his plans to eliminate Jesus. The Magi never return to give him the exact location of the Child. So, in anger, he has all the young boys below two years old massacred. However, Joseph has taken the Child and his mother to Egypt.

My thoughts took me to the detention centers where at last count 15,000 migrant children are being held. I am not sure of the numbers of children two years and under, but all of the children being held are our Holy Innocents. All of them, whether held in tents or cages, are dying a bit each day. And now two have died. For the others, their psyches are being damaged, not knowing or understanding what is happening. Not knowing where their parent or relatives have gone. Imagine being a toddler looking at life through the fencing of a cage. Imagine sitting on a mat in a soiled diaper waiting for it to be changed when someone can get to you. Just imagine.

And all for an angry approach to immigration. Yes, I concede there is anger on both sides of the issue, and my reflection does not lead to a solution for immigration. However, anger has a harmful wrath. Anger, as demonstrated by Herod, can lead to reckless actions like separating children from their parents. An article I was reading in the October New Yorker said of anger: “Anger is an avaricious emotion: it takes more credit than it deserves. Attempts to make it into a political virtue too often attribute anger to victories that rightfully belong to courage, patience, intelligence, persistence or love.”

All these virtues are being demonstrated by those who have gone there to be of service to the children and their relatives. They are demonstrated by those who care for the innocent’s welfare. We can agree to disagree about immigration and political solutions, but can we afford to act on this disagreement by internment? Can we who follow the Child not listen to his call, “Suffer the little children to come to me.” The Child would later remind us of the greatest commandment to love God with all our hearts and our neighbors as ourselves. And then respond with the parable of the Good Samaritan when asked, who is my neighbor. Remember Samaritans were despised and feared by the Jews.

Perhaps we should place these calls of Jesus front and center in our actions for immigrants. Perhaps courage, love, patience, intelligence, persistence and love are lenses to a policy solution rather than anger. Perhaps, but at least they are the way to a human solution so that the present day Holy Innocents are freed and returned to their families. Let’s not let the prophesy of Jeremiah continue to be fulfilled: “A voice was heard in Ramah (Texas, Florida, California, New Jersey, New York, Pennsylvania, Kansas, Oregon, Michigan, Washington, Arizona, Illinois, etc.) sobbing lamentation; Rachel weeping for her children and she would not be consoled…”