Here’s Why We Participated in Lights for Liberty 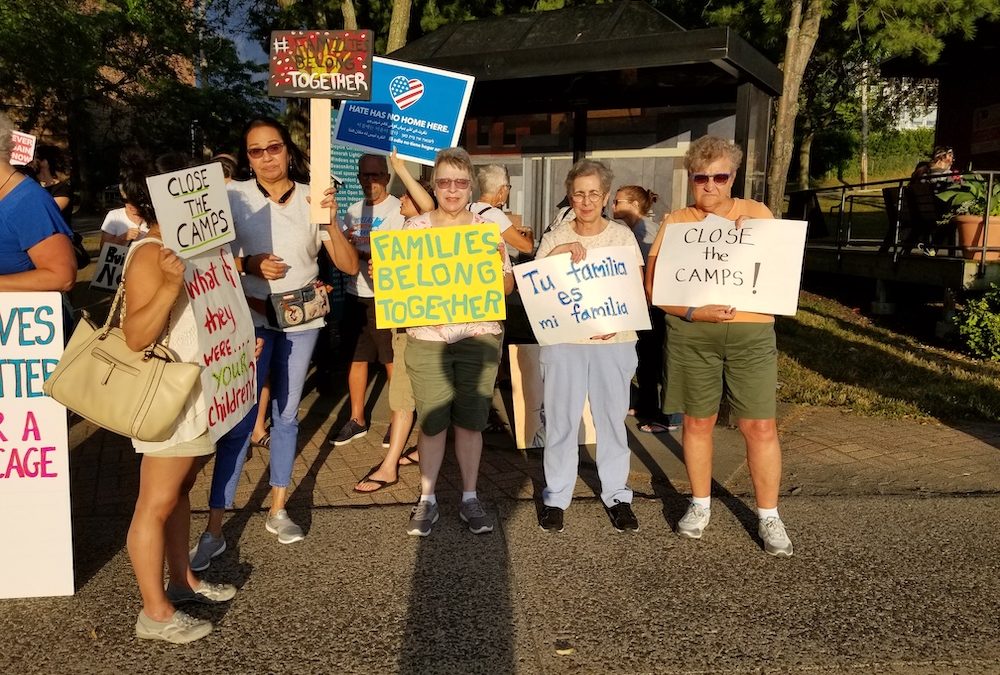 On the eve of Friday, July 12th, we Dominican Sisters of Hope, along with associates and co-creators, participated in Lights for Liberty, a vigil to end the detention camps at the U.S. border. The issue of immigration is not new to us. Throughout years in ministry, we have visited detention centers. We have listened to our neighbors, ministered to refugees, dispelled untruths, and even professed that we are immigrants ourselves. We affirm that families should never be separated, that all human beings deserve humanitarian assistance, and that we must use correct terminology, especially when referring to refugees. Since 2011, we have called for comprehensive immigration reform through a corporate stance. We support international change to lessen the causes of migration and asylum-seeking, but we also acknowledge that we need to grant refugees asylum within our nation.

Standing vigil on Friday night was our most recent action to call for justice at our border. Below, the Hope family shares why they chose to participate in Lights for Liberty. 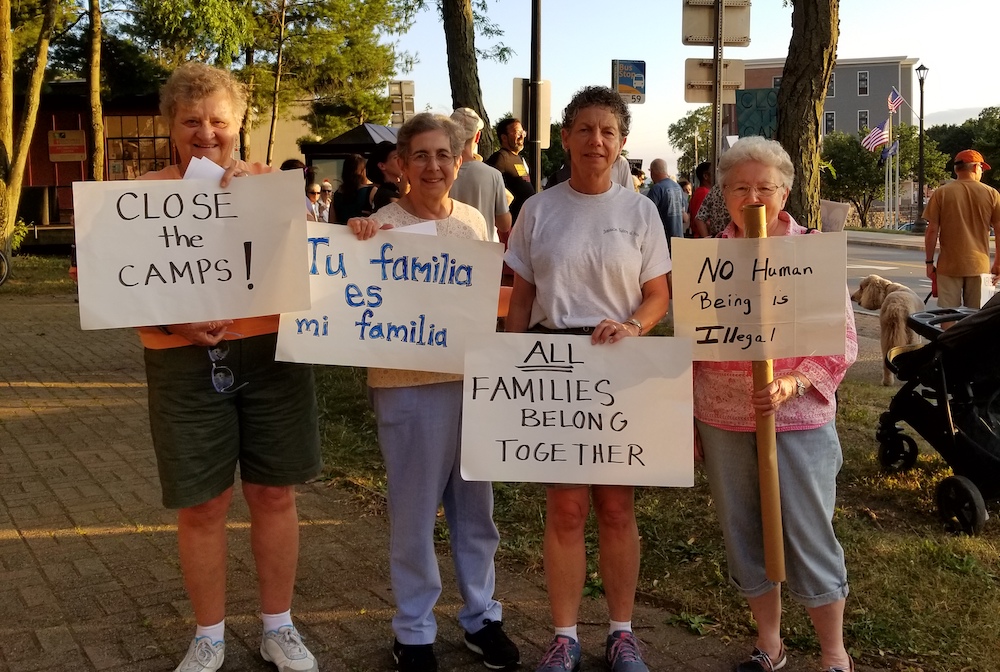 “I was a Cuban refugee; I came here without my parents. They were afraid of what would happen to me in Cuba. So, I understand why parents send their children to the U.S. for safety. The Gospel calls us to take care of the poor and the immigrants. We’re all called to follow.”

Undocumented Immigrants Are My Friends

“I’m standing vigil to show that there are people who really believe that this is unfair. It’s an injustice. Personally, we know people who are undocumented in Newburgh: children that we taught and still teach, and serve, and interact with. We see the good in these people. They’re not evil people”

We Are Violating Human Rights

“The treatment of families at the border is inhumane; it’s not the values of the USA. We are violating human rights and the values that I believe in. This country is built on people who came from other countries, yet, the folks that are coming to our shores now are not eligible. It’s wrong. They’re being treated worse than our animals in shelters are. We have to be the voice of the voiceless. We have to represent those who are afraid to stand up for themselves.” 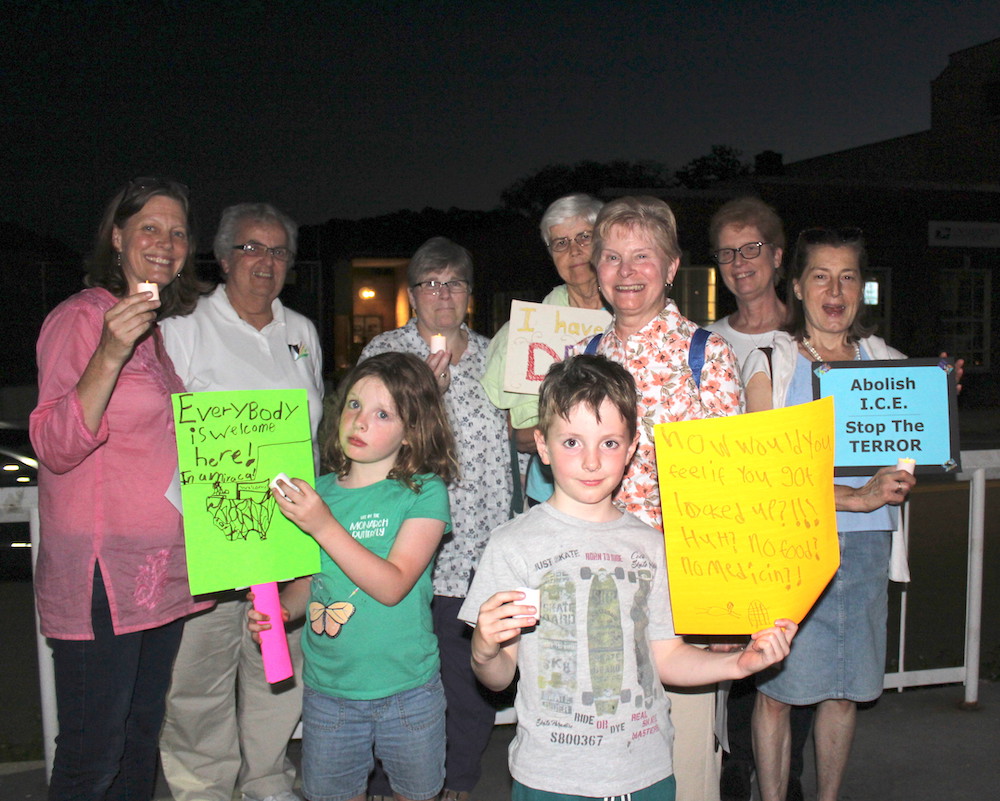 I Want to Demonstrate Compassion

“I used to question the effectiveness of demonstrations. But, I just have to be here tonight. It really matters for immigrants and refugees to see that they’re not alone, that people really do care about them. Sometimes, people just need to know that they have some kind of support. I think many people look at the U.S. as very cold and lacking in any kind of compassion. The world needs to see Americans who feel very strongly about caring for others and trying to make things better for them. I can’t imagine that immigrants and refugees coming to the U.S. think anybody cares about them.

As far as our administration, they’re treating people in an inhumane way. I actually don’t think that’s their intention. They’re wrapped up in their jobs and not realizing what they’re doing to other people. They’re doing incredible harm.”

We All Have Rights, Not a Select Few!

“I’m here tonight to stand up for those who are being treated so inhumanely by our government and some citizens. We all have a right to basic needs, yet, for some reason some, U.S. citizens believe that only a select few have those rights. That is so wrong! 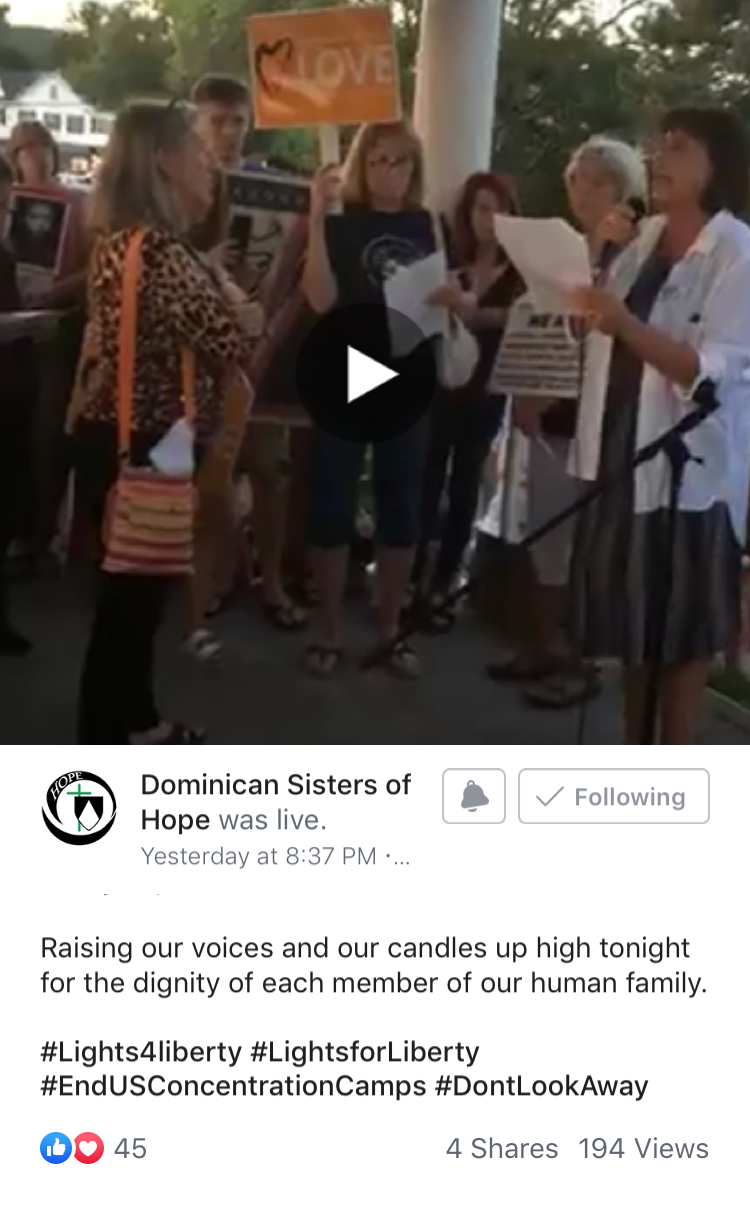 I’ve Seen the Destruction of Deportation

“I’m here to prevent President Trump’s raids that are planned for Sunday. I’m here to discourage children being removed from their parents. One of my former student’s father was deported. I watched her go from a little three-year-old learning how to talk to a four-and-a-half-year-old who retreated deep inside herself because her father was taken from the home. I can’t fathom the suffering and the fear that these families must be feeling. I keep asking, ‘Why?’

I Want to Hug Those Children

“I’ve been reading a lot about the deplorable conditions in the detention camps, especially children not getting enough to eat, having to sleep on the floor, having dirty diapers, etc. It’s appalling that, in this country of ours, we would let such things exist. I feel awful. I would just like to go down there and put those children with their parents and show them love and hug them. That’s what they deserve. Children should be loved and cherished, by their parents and by all of us.”

Refugees Are Held in Cells for 23 Hours/Day

“I’ve visited detention centers, and what I saw wasn’t right. People are in their cells for twenty-three hours a day. These are deplorable conditions. There was real agony at the demonstration over this. It’s appalling that our nation, which supposedly upholds the Statue of Liberty, as an ideal of freedom, would sanction something like this. I fear that we’re heading toward dictatorship, and I wanted to do something tangibly. I’ve been praying over this situation and signing petitions, but I wanted to do what I could. I hope Congress gets some courage to change something. More money should be spent on trying to help people, not by more detention centers. Perhaps we should be supporting populations in other countries so that there isn’t as much of a need to leave for the U.S.” 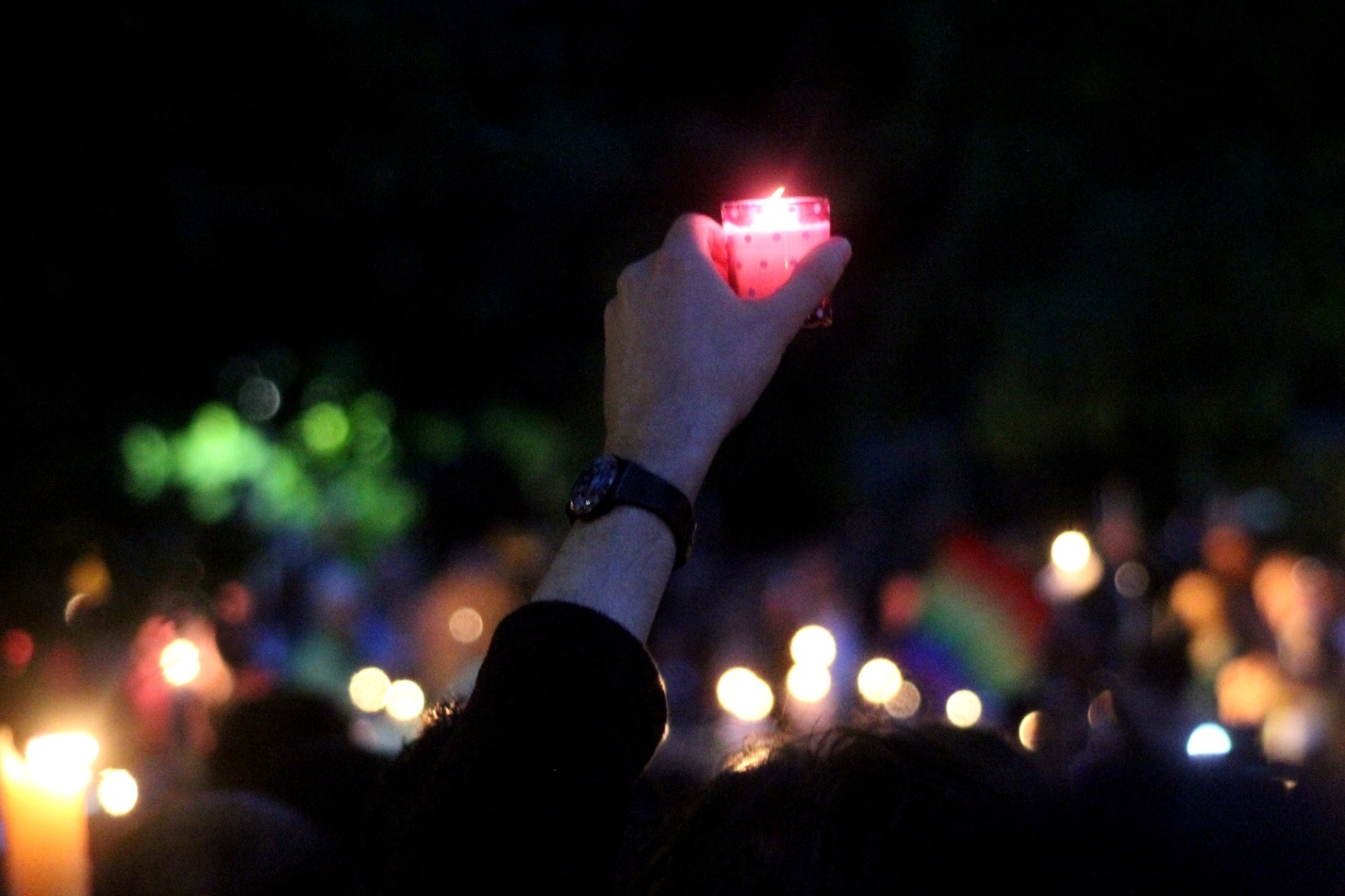 Think you know refugee fact from fiction? Take our quiz to see how well you can determine myths from truths regarding immigration, asylum, and the U.S. border: